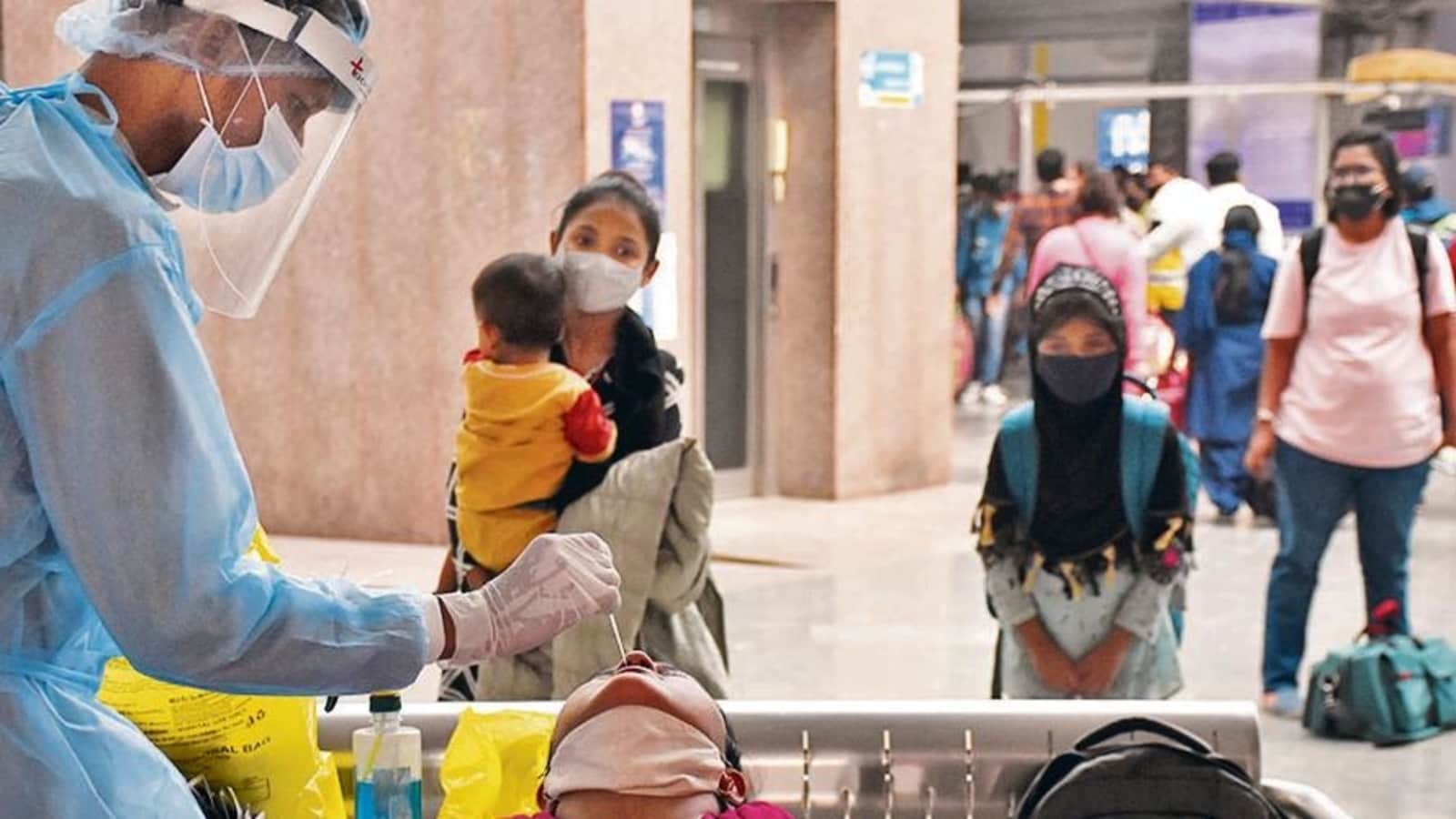 A total of five new cases of the Omicron variant of Sars-Cov-2 were reported across India — one each in Andhra Pradesh, Chandigarh, Karnataka, Kerala and Maharashtra – on Sunday, taking the national tally of the heavily mutated variant to 38.

All the five people who tested positive on Sunday had arrived from abroad, according to state officials.

The new Omicron infections detected on Sunday in Andhra Pradesh, Chandigarh and Kerala were the first in the respective regions, while the tally in Karnataka and Maharashtra now stands at three and 18, respectively. Omicron infections have also been reported in three other regions – nine in Rajasthan, three in Gujarat, and two in Delhi.

Experts across the world have warned that there is a high possibility that the Omicron variant, which was first detected in South Africa in November-end, may lead to a new wave of infections wherever it gains a foothold. Whether the variant leads to milder disease is unclear, but early data appears to strongly suggest that this variant is a more resistant to vaccines, and evidence is now mounting that it could surpass the Delta variant’s transmissibility.

In Kerala, state health minister Veena George said early on Sunday that the first Omicron case has been confirmed in the state. In a post on Facebook, she said the male patient, a native of the state, had recently returned from the United Kingdom, one of the countries seeing a high volume of Omicron infections. She added that the patient’s condition was stable and that his wife and mother had also tested positive and that their samples have been sent for genome sequencing, results of which are expected in few days.

In Karnataka, officials confirmed the third positive case of Omicron in the state in a man who returned from South Africa. “Third case of #Omicron has been detected in Karnataka. A 34-year-old male returning from South Africa has tested positive. He is isolated and being treated in a govt hospital. Five primary and 15 secondary contacts have been traced and samples sent for testing,” Dr K Sudhakar, Karnataka’s minister for health, family welfare and medical education said.

In Maharashtra, the first such infection in Nagpur on Sunday took the state’s tally to 18. Senior officials from the Nagpur Municipal Corporation said that the infected person, a 40-year-old who arrived in Nagpur on December 5 from Burkina Faso, had 30 close contacts, all of whom have tested negative for Covid-19.

A 20-year-old man, who landed in Chandigarh from Italy on November 22, tested positive for Omicron on Sunday. “His whole genomic sequencing report was received late night on December 11 and found positive for Omicron variant,” senior officials told PTI. However, by Sunday evening, the man had already tested negative for Covid-19, as had his seven high-risk relatives, officials said.

The Omicron case in Andhra Pradesh was a 34-year-old who arrived in Mumbai from Ireland in November end. The man tested negative in an RT-PCR test in Mumbai and was subsequently allowed to travel to Visakhapatnam on November 27. “On conducting a re-test at Vizianagaram, the test was found positive… His sample was for genome sequencing and it was Omicron positive,” informed Andhra Pradesh Health Department.

The Omicron variant was first detected in India in Bengaluru with two people testing positive for it comprising a South African national of Indian origin and a doctor.

On Saturday, the Centre had asked states to maintain a strict watch on the situation, with focused district-level measures for containment of clusters of new cases in light of the new variant.

“Rapid antigen test may not be as accurate as RT-PCR tests but it is a beneficial tool where caseload is high,” said Dr Amita Jain, head of microbiology department at King George’s University, Lucknow.

India’s daily new Covid-19 cases have hovered under 10,000 for the past few weeks, the lowest since the pandemic took grip of the country in mid-2020. A total of nearly 34.7 million people have been so far been infected with the disease in the country, more than 474,000 of whom have died. Till Sunday, more than 1.32 billion doses of the Covid-19 vaccine have been administered across India to 814.5 million people (299.6 million partially vaccinated and 514.9 million having received both shots of the vaccine). Around 31.9% of the country’s adults are now partially vaccinated while another 54.8% are fully vaccinated, data shows.

With inputs from Mumbai, Chandigarh, Bengaluru and Thiruvananthapuram

Varun Gandhi takes dig at UP govt for rallies amid rising...

Cold day conditions to abate in most parts of northwest India