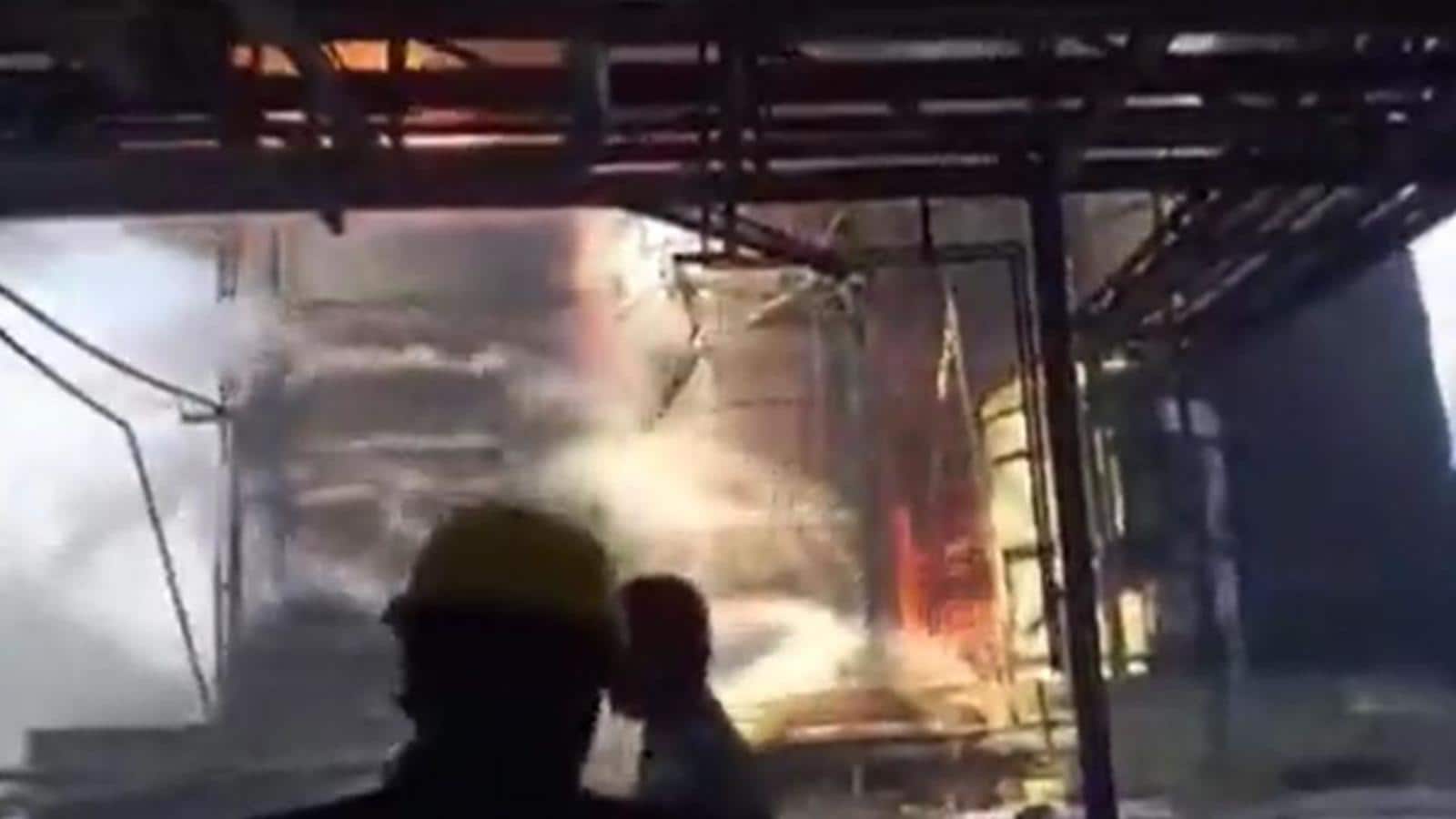 The Gujarat administration has cordoned off an area of 5km around the Gujarat Fluorochemicals Limited factory, where a devastating fire broke out, because of the toxic gases in the air.

AHMEDABAD: At least two people were charred to death and 15 workers were injured in an explosion and fire at a chemical factory in central Gujarat’s Panchmahals district on Thursday morning.

The blast took place around 10 am at the chemical manufacturing plant of Gujarat Fluorochemicals Limited (GFL), situated near Ranjitnagar village in Ghoghamba taluka.

Officials in Godhra, the district headquarters of Panchmahals, said a huge blast, which preceded the devastating fire, was heard some 10km away.

Fire tenders from nearby towns of Godhra, Haalol and Kaalol rushed to the spot and were battling with the rising flames for well over five hours.

Panchmahal superintendent of police Leena Patil said rescue workers were searching for survivors and injured. “The fire is under control,” the officer said, according to news agency PTI.

At least 15 injured workers were rushed to a referral hospital and a private facility in Haalol town.

The administration has cordoned off an area of 5km around the chemical factory because of the toxic gases in the air.

District Collector Sujay Mayatra and SP Leena Patil, along with a team of senior district officials were supervising the rescue operations.

UP elections: Modi to launch projects worth over ₹2,000 crore in...

‘They want to control everything as if they are going to...