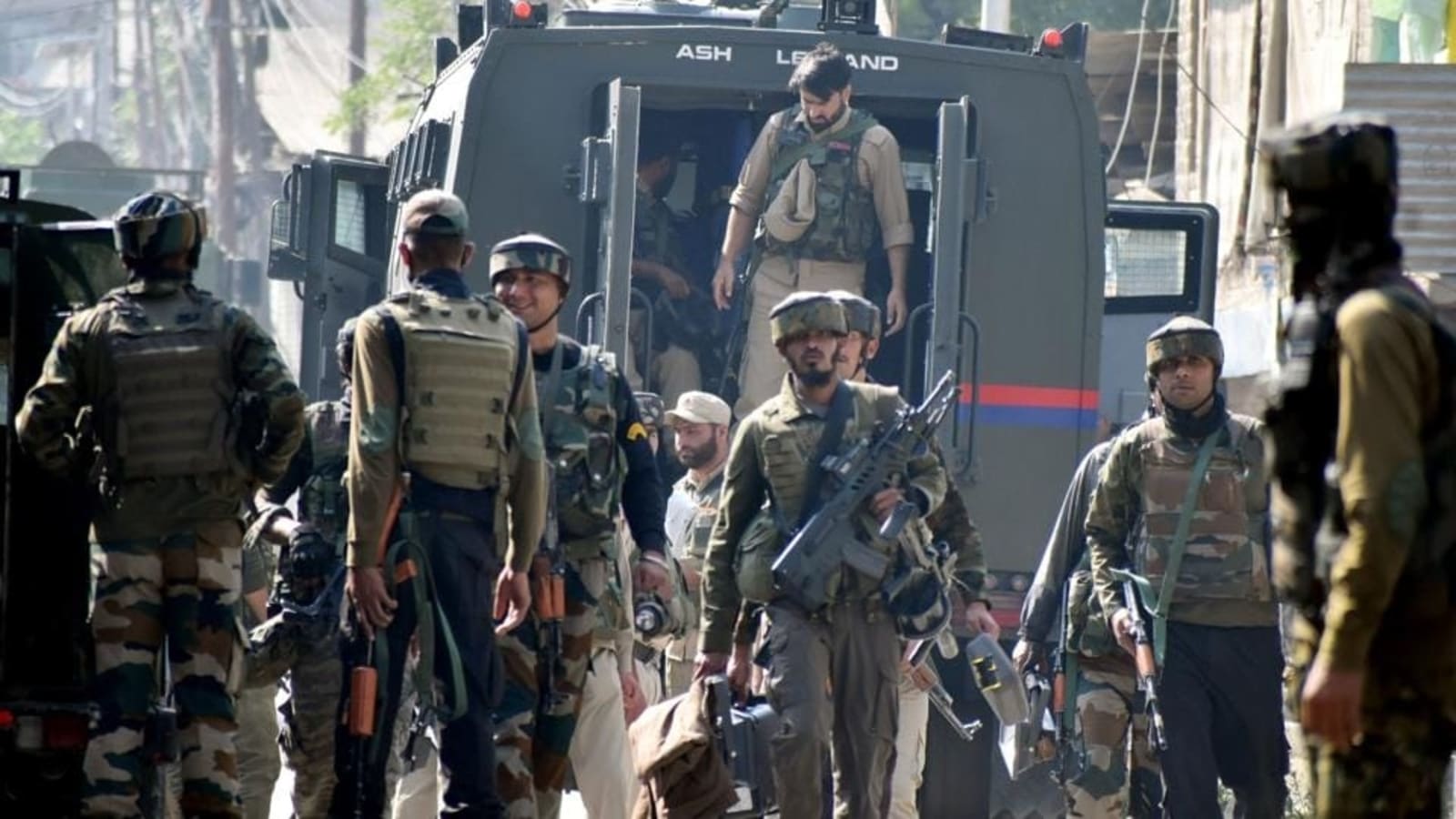 Three youth were nabbed in Jammu and Kashmir on Thursday as they were en route to cross over to the Line of Control (LoC) to the PoK for arms training in order to join back terrorism in the Valley. The trio was apprehended from a hideout in Kupwara district.

In a statement, police said that the three youth – all 16-year-olds and students of class 10, had established contact with a terrorist commander named Tayab Farroqi, operating from Pakistan. They were on their way to meet him by crossing the LoC via Kupwara and take illegal training in handling of arms and ammunition for joining terrorism back in Jammu and Kashmir.

The three individuals have been identified as Furqan Sultan Khanday (16), Furqan Nazir Khanday (16), and Kamran Sajad Sheikh (16). All of them hail from Pulwama district in the Valley.

Following interrogation, the police found that the teenagers were radicalised by Farroqi through social media platforms.

Owing to their young age, Jammu and Kashmir Police decided to counsel them to give them a chance to reform into responsible and peace-abiding citizens. They were handed over to their parents, the statement said.

“Jammu and Kashmir Police also appeals to the parents of young people to monitor their activities to prevent them from falling prey to the Pakistani agenda of destabilising the peace in the UT…and also appeals to youth to not get misguided by the propaganda of the terrorists,” the statement by the police read.

Meanwhile, between Tuesday and Thursday, as many as five terrorists were gunned down, three overground workers were apprehended with ₹43 lakh and three individuals were detained with ₹30 lakh.

Also Read | Day after encounter, 3 detained in Kashmir with around ₹30 lakh

Jammu and Kashmir has been rife with tension since the controversial Hyderpora encounter on Monday in which besides two terrorists, two civilians died. While police said that both Altaf Ahmad Bhat and Mudasir Gul were “overground workers” of the deceased terrorists, their families have claimed they were killed in “cold blood” and also used as “human shields.”

Former chief ministers of Jammu and Kashmir, National Conference vice president Omar Abdullah and PDP supremo Mehbooba Mufti have been criticising the killing of Bhat and Gul and also burying their bodies in the absence of their family members.

Earlier in the day, Lieutenant Governor of Jammu and Kashmir Manoj Kumar’s office said in a statement that the Valley administration has ordered a magisterial probe into the Hyderpora encounter. As per an update by news agency ANI, Srinagar additional district magistrate Khurshid Ahmad Shah has been appointed to investigate the matter. He has also issued a notice to the people, asking them to record their statements and provide information pertaining to the incident.

The numbers game of boosting the Covid-19 battle

Bharat Biotech gets nod for emergency use of Covid vaccine for...