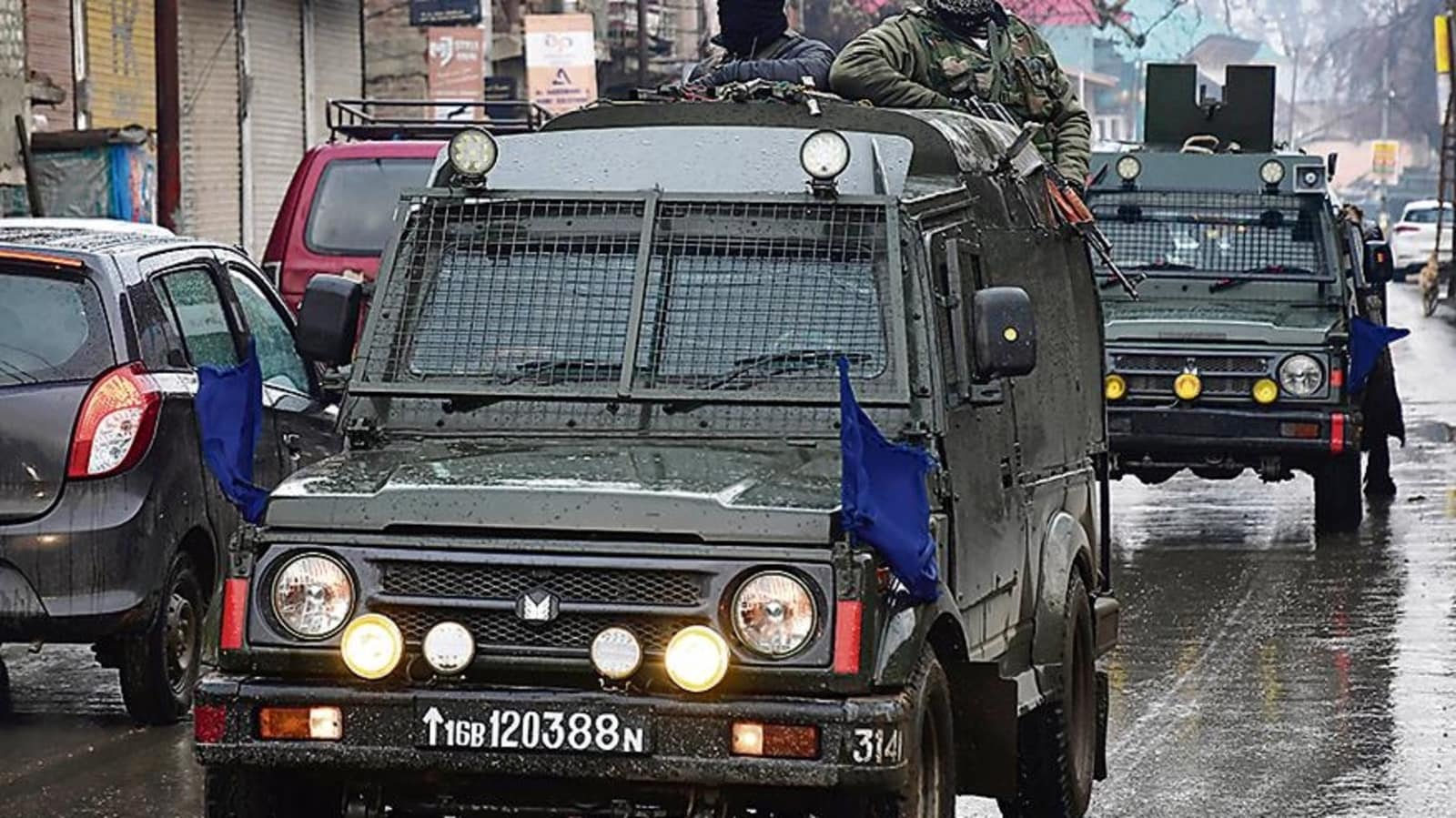 Three Jaish-e-Muhammad (JeM) terrorists were killed in central Kashmir’s Budgam district in an overnight operation with security forces, said an official Friday. With this, the toll of terrorists killed in the past seven days has touched 11.

A team of officials from the police, the army and the CRPF launched a joint operation after they got a tip-off about the presence of terrorists at Zolwa Kralpora Chadoora of Budgam.

“One of the terrorists has been identified as Waseem Mir of Nowgam in Srinagar. Based on initial investigations and documents recovered, the other two terrorists appear to be foreign nationals, however, their exact identification is being ascertained. Three AK-56 rifles were recovered from the site,” said inspector general of police (IGP) Viijay Kumar.

Mir, who was active since December 2020, was involved in the killing of police officer inspector Parvaiz Ahmad on June 22 last year, said police.

“The terrorists fired indiscriminately upon the joint search party. The security forces retaliated in return leading to an encounter. Later on, the CRPF also joined the operation,” said IGP Kumar.

“The joint team ensured the evacuation of all civilians to the safer places. Besides, to avoid any collateral damage due to darkness, the operation was suspended during night hours and was resumed in the wee hours of Friday. During the encounter an army officer sustained a minor splinter injury,” he said.

“Terrorist Mir was a categorised terrorist and was booked in several terror crime cases. He was also involved in grenade attack on a CRPF bunker near Aali Masjid Chowk at Eidgah Srinagar in which a civilian and a police officer were injured. He had also been brainwashing and motivating the youth of Central Kashmir to join terror folds,” said Kumar.

On Wednesday, three terrorists, including a foreigner associated with JeM, who according to police was also an expert in making vehicle-borne IEDs was killed after an encounter in Pulwama district.

On Tuesday, forces killed two local terrorists at Okey village in Kulgam district who according to police were associated with Lashkar-e-Taiba/The Resistance Force .

Why is there no debate in Parliament?

On this day, Sanath Jayasuriya’s stunning 44-ball 82 dumps England out...