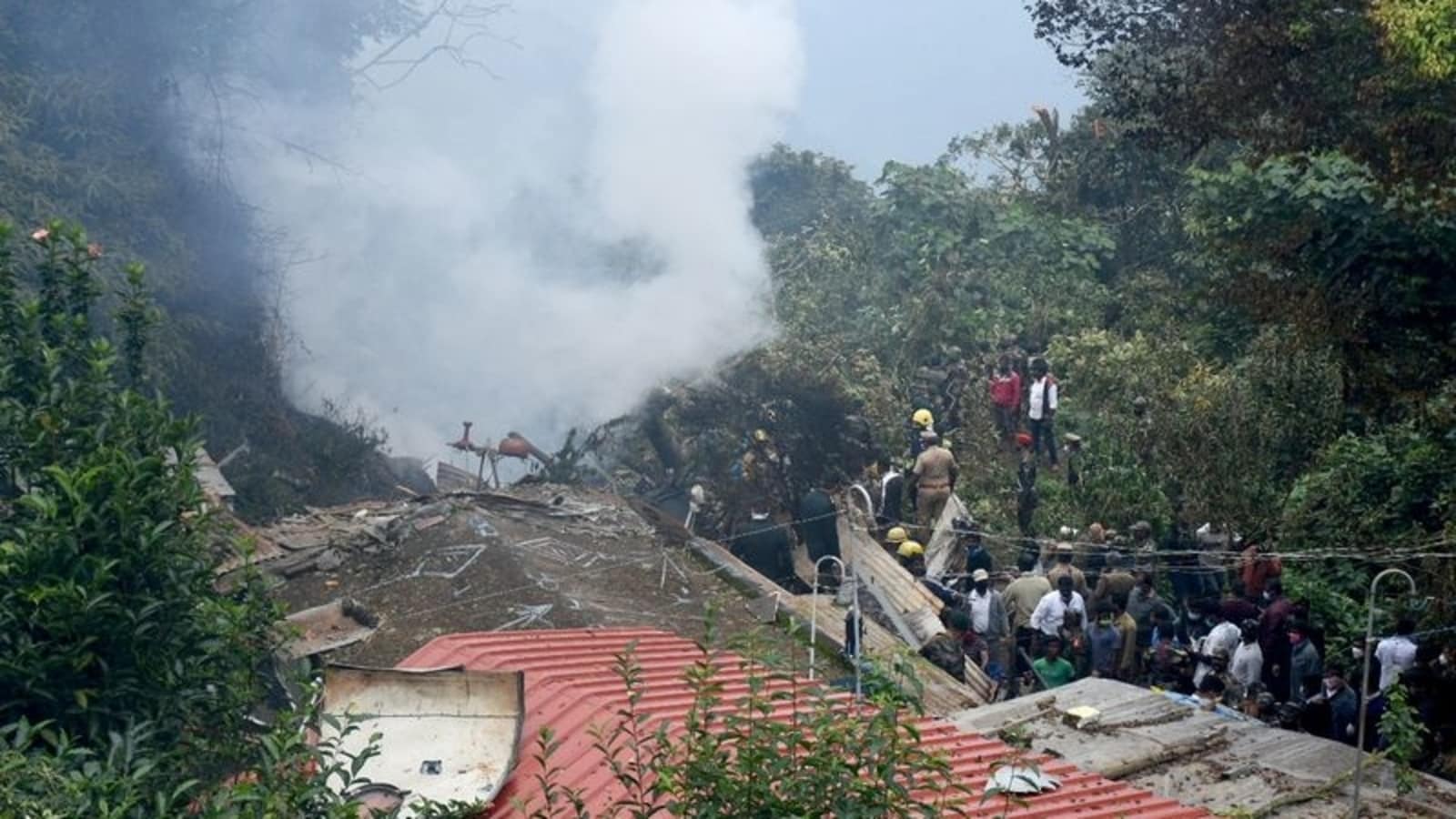 Mi-17V5 helicopters of the Indian Air Force met with four accidents in the last five years, killing 21 people, including the recent crash in Tamil Nadu’s Coonoor in General Bipin Rawat, his wife and 13 defence personnel died.

Minister of state of the defence minister informed Parliament on Friday that Russia-made Mi-17V5 helicopters of the Indian Air Force met with four accidents in the last five years, killing 21 people, including the recent crash in Tamil Nadu’s Coonoor in General Bipin Rawat, his wife and 13 defence personnel died.

As far as accidents of all military helicopters are concerned, 31 people were killed since March 2017 in 15 military helicopter accidents. The list of crashes provided by him began with the accident involving a Cheetah helicopter of the Indian Air Force on March 15, 2017, in which no one was killed or injured, news agency PTI reported. Seven helicopters each from the Indian Army and the Indian Air Force were involved in accidents during the period while the number from the Navy was one, according to the data that the minister presented in the Lok Sabha.

To a question on the crash of an ALH Rudra near Pathankot on August 3, the minister informed the House that there is no restriction on the helicopter flying over water. However, operations over a large expanse of water are restricted.

The latest crash with not a single person surviving is being probed by a tri-service inquiry team, which will complete its investigation within two weeks, reports said. Among 14 passengers on board, 13, including General Bipin Rawat’s wife Madhulika Rawat, died on the same day. IAF Group Captain Varun Singh battled for a week before he succumbed to his injuries on December 15. According to defence ministry data, there was no SOS from the copter. It took off at 11.48am from the Sulur airbase and was scheduled to reach the Welling airbase at 12.15pm. At around 12.07pm, Sulur airbase lost contact with the copter.

‘It is revolt not betrayal, we aren’t traitors’: Eknath Shinde in...

Maha govt permits 25 per cent spectators in IPL; teams to...