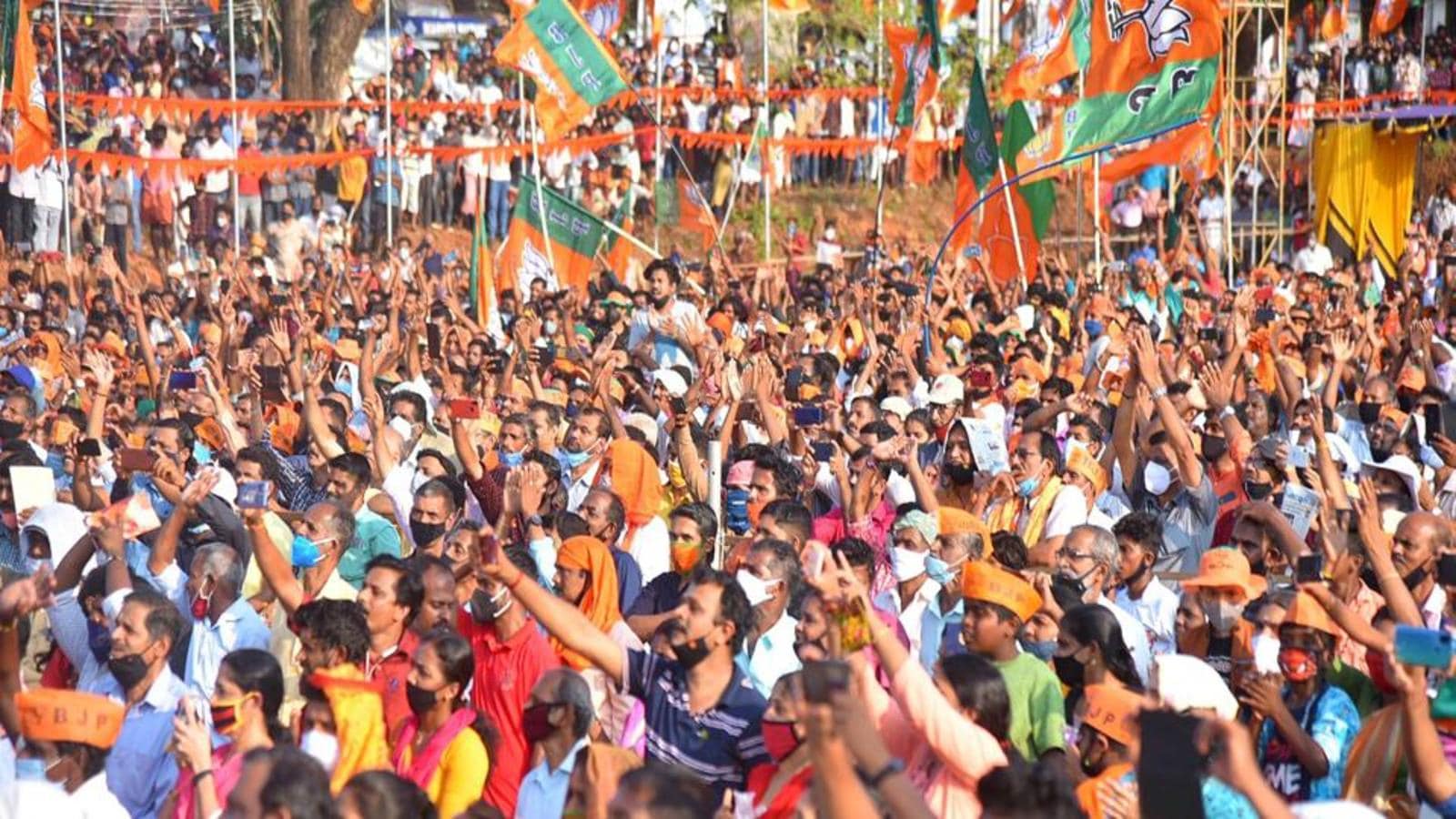 Four BJP workers were arrested on Tuesday for allegedly raising provocative slogans during a recent rally organised by the party at Thalassery in this north Kerala district.

Police had registered a case against 20 BJP activists on the basis of a complaint lodged by various organisations, including DYFI, the youth wing of the state’s ruling CPI (M).

Police said the four BJP workers were arrested today in connection with the incident.

The BJP activists were produced before a court in Thalassery, which sent them to the judicial remand, they said.

The BJP’s district leadership has, however, rejected the charges and termed as ‘fabricated,” a video circulated in the social media, showing the party activists raising provocative slogans during the rally. Police said another case has been registered against 250 BJP activists for organising another rally in Thalassery on Friday, violating the prohibitory orders.

Chief Minister Pinarayi Vijayan had criticised the RSS and the BJP for raising the slogans targeting a minority community.

“What is their agenda by raising such slogans? They very well know that their agenda will not work in Kerala. But they want to spread such propaganda into the minds of people,” Vijayan had said while addressing a function organised by the CPI(M) on Sunday.

Police yet to summon accused in Haridwar hate speech case