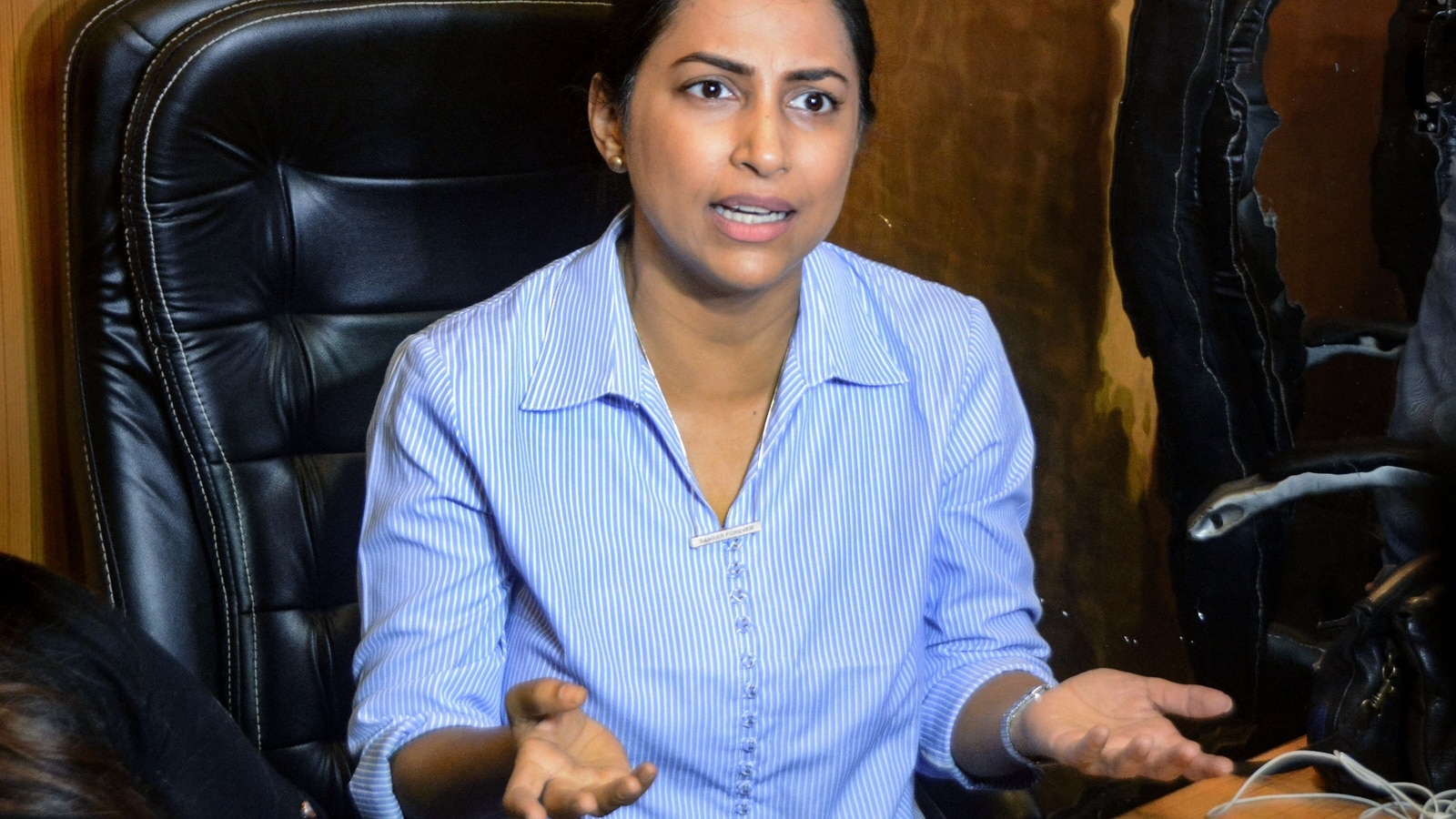 Marathi actor Kranti Redkar has been vocal against the ongoing attacks on Sameer Wankhede and has issued several statements on the controversy, supporting her husband.

Kranti Redkar Wankhede is a Marathi actor and the wife of Narcotics Control Bureau Mumbai zone chief Sameer Wankhede. In the wake of the caste controversy of Wankhede, Kranti Redkar has extended her full support to husband Sameer and issued several statements. She has also written a letter to Maharashtra chief minister Uddhav Thackeray urging justice.

Here are 5 things that Kranti Redkar said over the controversy:

1. Kranti Redkar said the attack on Sameer Wankhede is well-orchestrated as a number of people may benefit if her husband is removed from his current post.

2. On the allegation that Sameer Wankhede’s first marriage was conducted according to Islamic rituals, Kranti said it is true but that does not prove that Sameer converted to Islam. The nikahnama that was published by Maharashtra minister Nawab Malik is true, but the marriage was registered under the Special Marriage Act. Had Wankhede been a Muslim, there would have been no need for the Special Marriage Act, Kranti Redkar contested.

3. Amid the controversy, Kranti Redkar shared the photos of her wedding with Sameer Wankhede and claimed that neither Sameer nor she ever converted to any other religion. She clarified that her wedding was according to Hindu rituals.

4. Countering the allegations of extortion, Kranti Redkar has said that they are not rich people; Sameer Wankhede is an honest government officer. She also said her husband is not after Bollywood.

5. In her letter to Uddhav Thackeray, Kranti Redkar invoked her Marathi identity and wrote Uddhav’s father Balasaheb Thackeray would not have tolerated such personal attack. “The personal attacks reflect the lowest level of politics. I trust you and feel that there will be no injustice against me or my family,” she had written.

India performs its best in US aviation audit: Officials