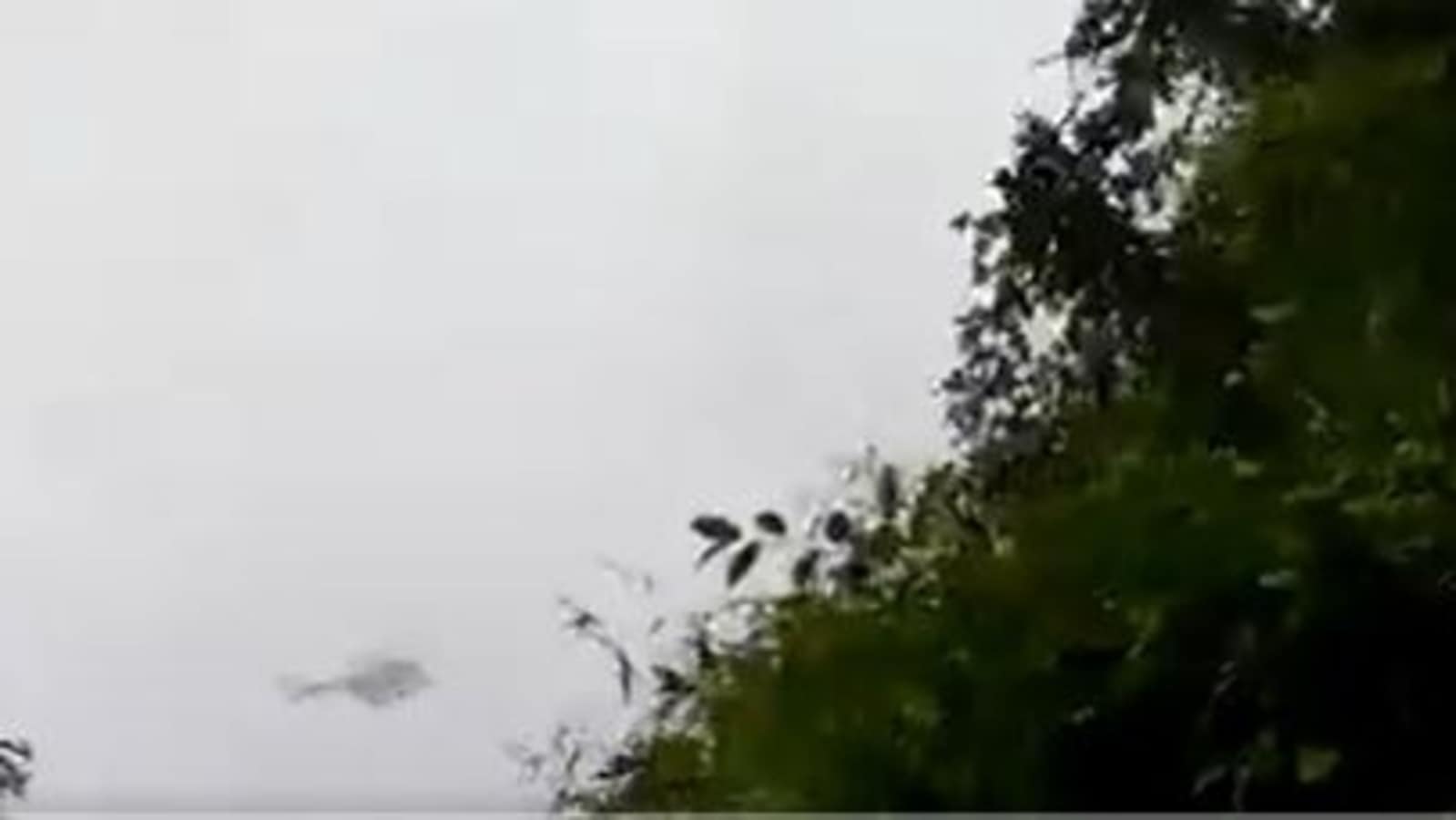 The video which went viral on social media claiming to be the last available footage of the Mi17V5 Army helicopter before it crashed killing 13 people on board, including chief of defence staff General Bipin Rawat was recorded by a city-based wedding photographer who happened to be near the spot at the fateful moment on Wednesday. He was also an eye-witness of the fatal crash which, according to him, might have taken place because of bad weather and poor visibility.

Y Joe alias Kutty is a 52-year-old wedding photographer of Coimbatore who went to the Katteri area along with his friend Nazar and some of Nazar’s family members to click photographs, PTI reported. Without knowing anything about the fate that was waiting for the chopper, Kutty took a video of the copter which became the last available location of the chopper that crashed minutes after the video was taken.

Kutty and his friends were walking along the mountain train tracks as they were clicking photos. Kutty heard the sound of a helicopter approaching. It was visible. Out of curiosity, Kutty took a video of the copter, which soon disappeared in the fog. Soon after, there was a loud sound. They tried to reach the hill where the copter crashed but were stopped by the police team which arrived at the spot by the time. Later, they shared the footage with the police official, they told reporters.

The crash resulted in the death of chief of defence staff General Bipin Rawat, his wife Madhulika Rawar and 11 other defence personnel, including the pilot of the copter. A tri-service inquiry has started into the crash and the black box containing the last location and last cockpit conversation has been retrieved on Thursday. According to available information, there was no emergency call from the copter before it crashed.

As the nation mourns the passing away of 12 defence personnel, the situation in which the crash took place is not yet known. The Indian Air Force urged people to avoid uninformed speculation about the crash. IAF Group Captain Varun Singh is the lone survivor of the crash who is battling for his life at the Air Force’s Command Hospital in Bengaluru.

Owaisi defends ‘when Modi-Yogi retire’ video; says, ‘Indeed who will save...

Tamil Nadu shuts schools for all classes till January 31 amid...