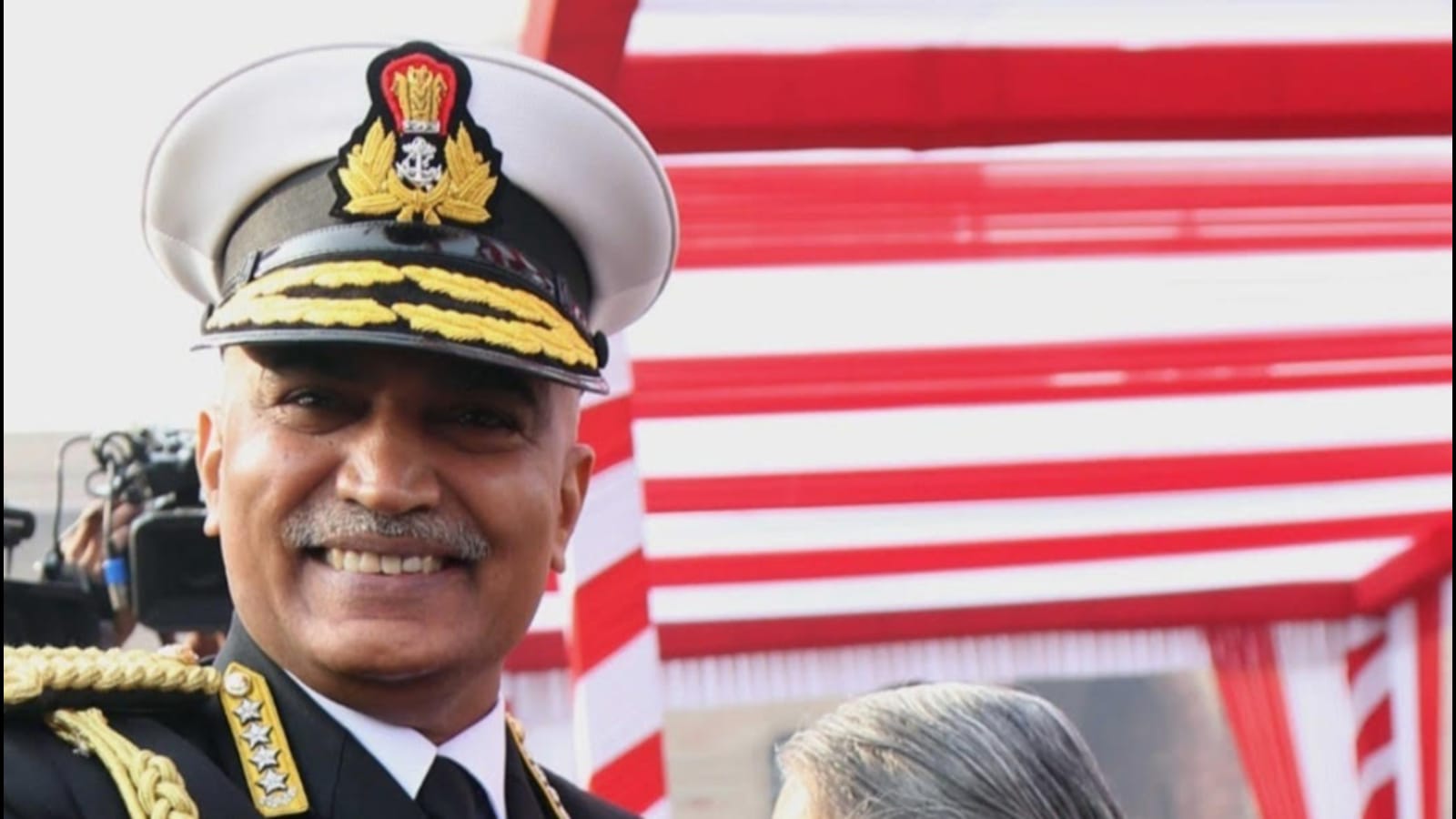 Admiral R Hari Kumar, 59, on Tuesday took over as the 25th chief of the Indian Navy, succeeding Admiral Karambir Singh who retired after 41 years of military service. Kumar was heading the Mumbai-based Western Naval Command before taking over the reins of the navy.

The officer, a gunnery specialist, was commissioned into the navy in January 1983.

Kumar has taken charge of the navy at a time when the service is in the midst of several critical inductions including an aircraft carrier, warships, submarines and modern helicopters to bolster its combat potential. He has also assumed the responsibility amid changing power dynamics in the Indian Ocean Region where the Chinese navy is seeking to increase its footprint.

“It is a great honour for me to take over as the 25th chief of naval staff of the Indian Navy. The navy’s focus is on national maritime interests and maritime security challenges. For this, we will use our full strength. My predecessors have guided the navy with visionary leadership and I will take navy forward in the same direction and build on their achievements,” Kumar said.

Kumar touched his octogenarian mother Vijayalakshmi’s feet and sought her blessings after taking charge as the navy chief.

The warships commanded by Kumar in a career spanning 38 years include aircraft carrier INS Viraat (no longer in service), INS Ranvir, INS Nishank and INS Kora. He has attended courses at the Naval War College, US, Army War College, Mhow and Royal College of Defence Studies, UK.

In one of his earlier appointments, he served as chief of integrated defence staff to the chairman, chiefs of staff committee. In that capacity, he was closely involved with the ongoing theaterisation drive for optimal use of the military’s resources. The navy will take steps towards jointness, he said on Tuesday.

Kumar has taken charge of the navy at a time when the department of military affairs (DMA), headed by chief of defence staff (CDS) General Bipin Rawat, has asked the three services to expedite their ongoing studies on the creation of threatre commands to best utilise the military’s resources for future wars and operations, and submit comprehensive reports within six months.

The setting of an April 2022 deadline for the submission of studies focusing on finalising the joint structures seeks to give new impetus to theaterisation, a long-awaited military reform. The deadline for submitting the reports has been advanced from September 2022 to April 2022.

The current theaterisation model seeks to set up four new integrated commands for synergy in operations – two land-centric theatres, an air defence command and a maritime theatre command. The creation of theatre commands could take up to two years.

Security lapse’, ‘political gimmick’: Who said what on alleged breach during...

Who will be India’s next President? Not me, says Bihar CM...