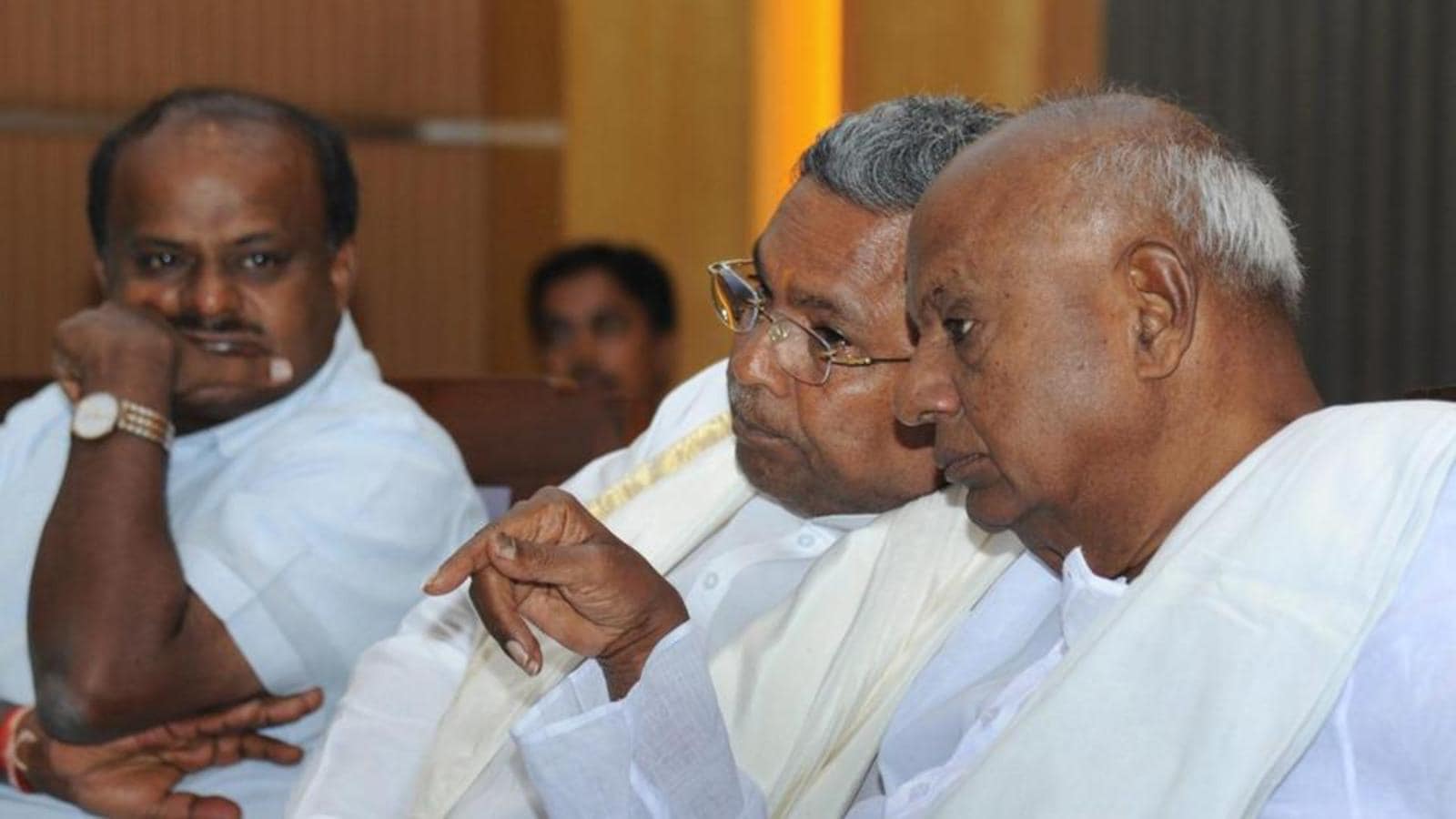 The Janata Dal (Secular) or JD(S) continues to witness a rapid slide in its electoral fortunes, with less than a year-and-a-half left for assembly elections. On Tuesday, the party managed to win just two seats in the MLC elections, whereas its opposition, Bharatiya Janata Party (BJP) and Congress, bagged 11 seats each.

However, former party members and political experts have pointed out that despite its poor show in the recent elections, the fortune of the first family of the JD(S), headed by former prime minister HD Deve Gowda, appears to be thriving, albeit at the cost of the party.

Suraj Revanna, the third grandson of Gowda and son of the former minister, HD Revanna, emerged victorious in the December 10 MLC polls, making him the eighth member of the family to enter active politics.

Suraj’s brother, Prajwal, is the lone JD(S) Lok Sabha member, while his mother is a former Zilla Panchayat president. Revanna’s brother and former chief minister HD Kumaraswamy and his wife, Anita, are legislators from Channapatana and Ramanagara, respectively. Their only son, Nikhil, unsuccessfully contested the 2019 parliament elections from Mandya, which was earlier considered a stronghold of the regional outfit.

DC Thamanna, the MLA from Maddur is the father-in-law of Gowda’s son HD Ramesh.

Thamanna’s daughter, Soumya, has expressed to take her father’s place in the next elections.

The constant backing of family over the party has cost the Gowda clan in recent years. Gowda himself faced defeat at the hands of a relatively unknown candidate of the Bharatiya Janata Party (BJP) in 2019 when the former prime minister decided to field Prajwal from his home constituency of Hassan and stand in neighbouring Tumakuru.

“There is no parliamentary board, executive committee or working committee within the party. Even though Kumaraswamy is the state president of the JD(S), all decisions are taken by him. Earlier it was a family-ruled regional party but has now become just a family party,” Ramesh Babu, ex-MLC with the JD(S), and now a Congress spokesperson told Hindustan Times on Wednesday.

Reacting to the decimation of the party in the MLC polls, Kumaraswamy said, “The statement they give about the JD(S), in their parties they are encouraging family politics. Both the BJP and Congress do not have the morality to speak on the JD(S).”

There is no denying that the BJP and Congress have their family members in elected roles but which, some argue, has not caused an existential crisis for the party and has had an impact only on the individual leader.

Siddaramaiah, the then chief minister in 2018, lost from Chamundeshwari constituency after he decided to vacate his earlier seat Varuna to placate his son Yatindra, who won.

The alleged corruption and running of a parallel government by BS Yediyurappa’s son, BY Vijayendra, cost the 78-year-old leader his cherished chief minister seat.

When it comes to the JD (S), several legislators like Gubbi Srinivas, GT Deve Gowda and Srinivas Gowda, among others, are looking for a way out. Siddaramaiah, too, was forced out of the JD(S) after he was denied the top post in favour of Kumaraswamy in 2006.

Babu said that the JD(S) has no ideology left as Gowda is no longer in charge of party affairs.

be sure, the growth of the family in politics has added to troubles within the Gowda household, which is a divided house, with Revanna on one side and Kumaraswamy on the other.

Revanna has four members of his immediate family in elected roles, while Kumaraswamy and his wife, both legislators, are trying to bring their actor-son Nikhil into active politics to balance the scales.

Placing semicon diplomacy at the heart of India’s foreign policy

Equal weightage to CET, Class 12 marks for admissions to professional...

In Odisha, Dalit panchayat member alleges ostracism after she refused to...

Jharkhand ATS arrests BSF soldier, 4 others for supplying arms to...