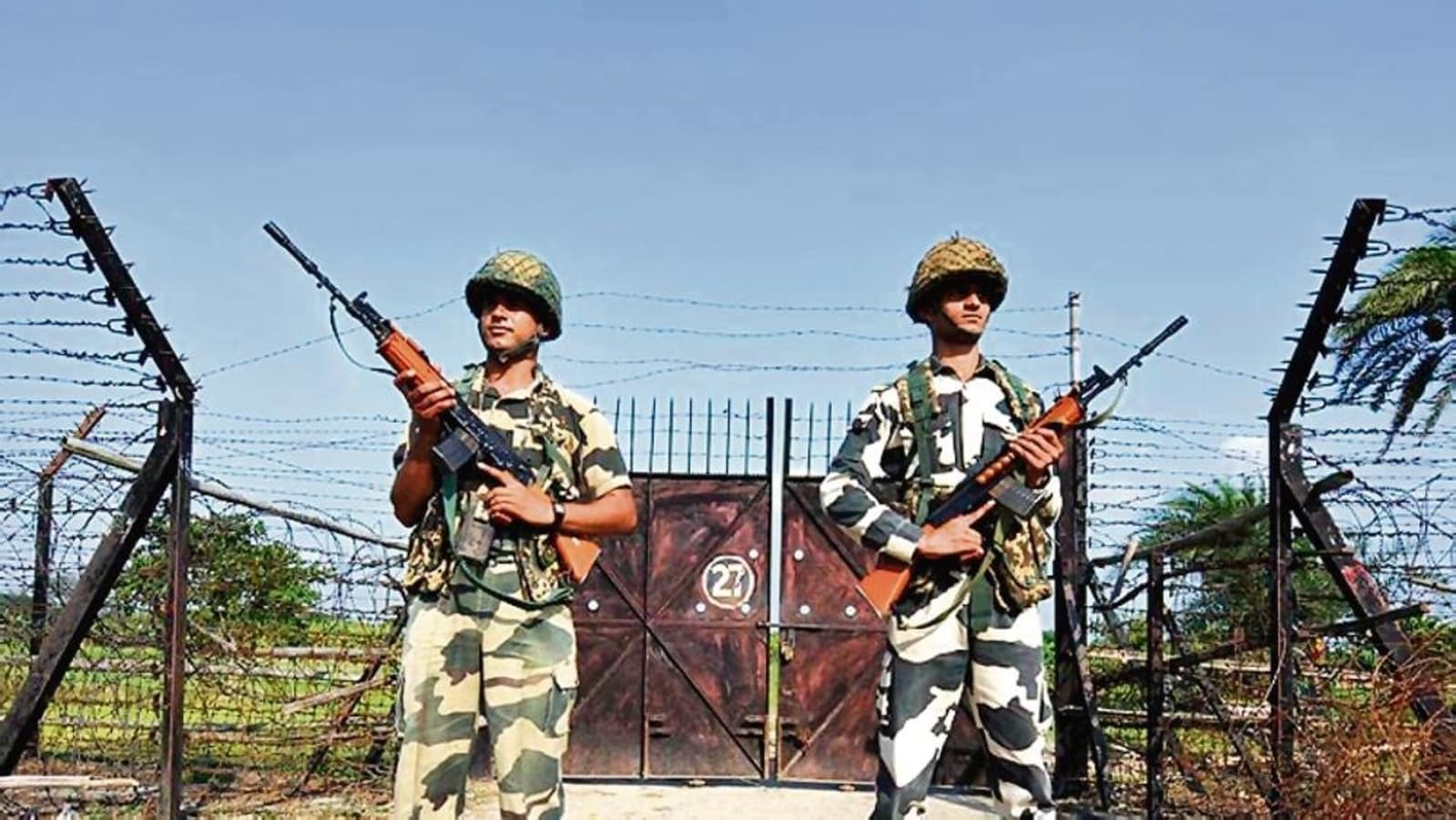 The tussle between the Trinamool Congress and the Bharatiya Janata Party over the Centre’s decision to extend the jurisdiction of the Border Security Force (BSF) in West Bengal from 15km to 50km of the international border with Bangladesh headed towards a flashpoint on Friday when the Mamata Banerjee government decided to follow Punjab and introduce a resolution against it in the legislative assembly even as Union home secretary Ajay Kumar Bhalla held a meeting on border issues with state bureaucrats in Kolkata.

The developments took place hours after three men, of whom two are suspected to be Bangladesh nationals, were killed when some BSF personnel opened fire after they were allegedly attacked in the Sitai area of Cooch Behar district in north Bengal.

On October 26, Bengal chief minister had set the tone by declaring that she will not accept the extension of the BSF’s jurisdiction. “This is direct interference with our state’s sovereignty and India’s federal structure. Law and order is a state subject. We have high respect for the BSF but they cannot operate inside our districts. We will oppose this,” she said at the state secretariat. Her party took this forward on Friday.

Among Indian states that share borders with neighbouring nations, Bengal’s 2,216.7 km-long border with Bangladesh is the longest and covers 10 of the 23 districts. These are Darjeeling, Jalpaiguri, Cooch Behar, North Dinajpur, South Dinajpur and Malda in north Bengal and Nadia, Murshidabad North 24 Parganas and South 24 Parganas in south Bengal.

If the BSF’s jurisdiction is geographically extended then it will cover more than 30 % of Bengal’s territory and include many important towns, TMC leaders pointed out. The ruling party announced that the resolution against the Centre’s decision will be discussed in the assembly on November 16 and protests will be held in the Parliament when the winter session begins.

While the TMC spoke against the new law, Bhalla arrived in Kolkata with a MHA team to meet state chief secretary H K Dwivedi, director general of police Manoj Malviya and officers from the bordering districts.

“The MHA officers were concerned about security because around half of the border is unfenced. During a two-hour meeting, they discussed ways to ensure better coordination between the BSF and local authorities on infiltration and smuggling,” an officer aware of the details said. Bhalla and Dwivedi refused to talk to the media.

The Centre’s recent decision to amend the BSF Act and extend the paramilitary force’s jurisdiction by 35 km from the borders with Pakistan and Bangladesh in Punjab, West Bengal and Assam have already witnessed protests in the first two non-BJP-ruled states. Assam, where the BJP is in power, has kept silent.

The Punjab assembly on Thursday passed a resolution against the Centre’s notification even as opposition parties questioned the delay by the Congress government in moving the Supreme Court against the order.

“The discussions will be held on November 16. The BSF Act had no provision for such extension of jurisdiction. The amendment is illegal,” said Bengal’s parliamentary affairs minister Partha Chatterjee.

The TMC’s leader in the Lok Sabha, Sudip Bandopadhyay, said protests his party is planning may stop parliamentary proceedings. “We will raise our voice in the Lok Sabha. Fifty kilometres is a big zone. Our state will never accept this. If required, we will create a situation that may lead to adjournment of the session,” he said.

Bengal Congress president Adhir Ranjan Chowdhury supported the TMC. “The state government should pass a resolution in assembly. People in my district do not want the BSF in their backyard.”

For the ruling party, more powers to a Central paramilitary force has a political implication, especially in north Bengal where the BJP captured seven of the region’s eight Lok Sabha seats in 2019 and 30 of the 54 assembly constituencies in the March-April state polls. Since June, a section of BJP leaders in north Bengal have been demanding a separate state or Union territory of the region citing lack of development.

Questioning the Centre’s decision to extend the area of jurisdiction of the BSF, the CM said, “We do not want this. Our relations with Bhutan, Nepal and Bangladesh are very good. They (BJP government) are doing this to capture more power…”

BJP apparatchiks welcomed the amendment, saying Banerjee is opposed to it because infiltrators from Bangladesh comprise her principal vote bank. “The move is a positive step by the Centre to control smuggling, infiltration and trans-border terrorism. It is not surprising that Mamata Banerjee will oppose it because cow smugglers and Rohingyas (read infiltrators) vote for her,” BJP national vice-president Dilip Ghosh said on Friday.

Many US teens report emotional and physical abuse by parents during...

First line of defence at border, Jats seek to be heard...