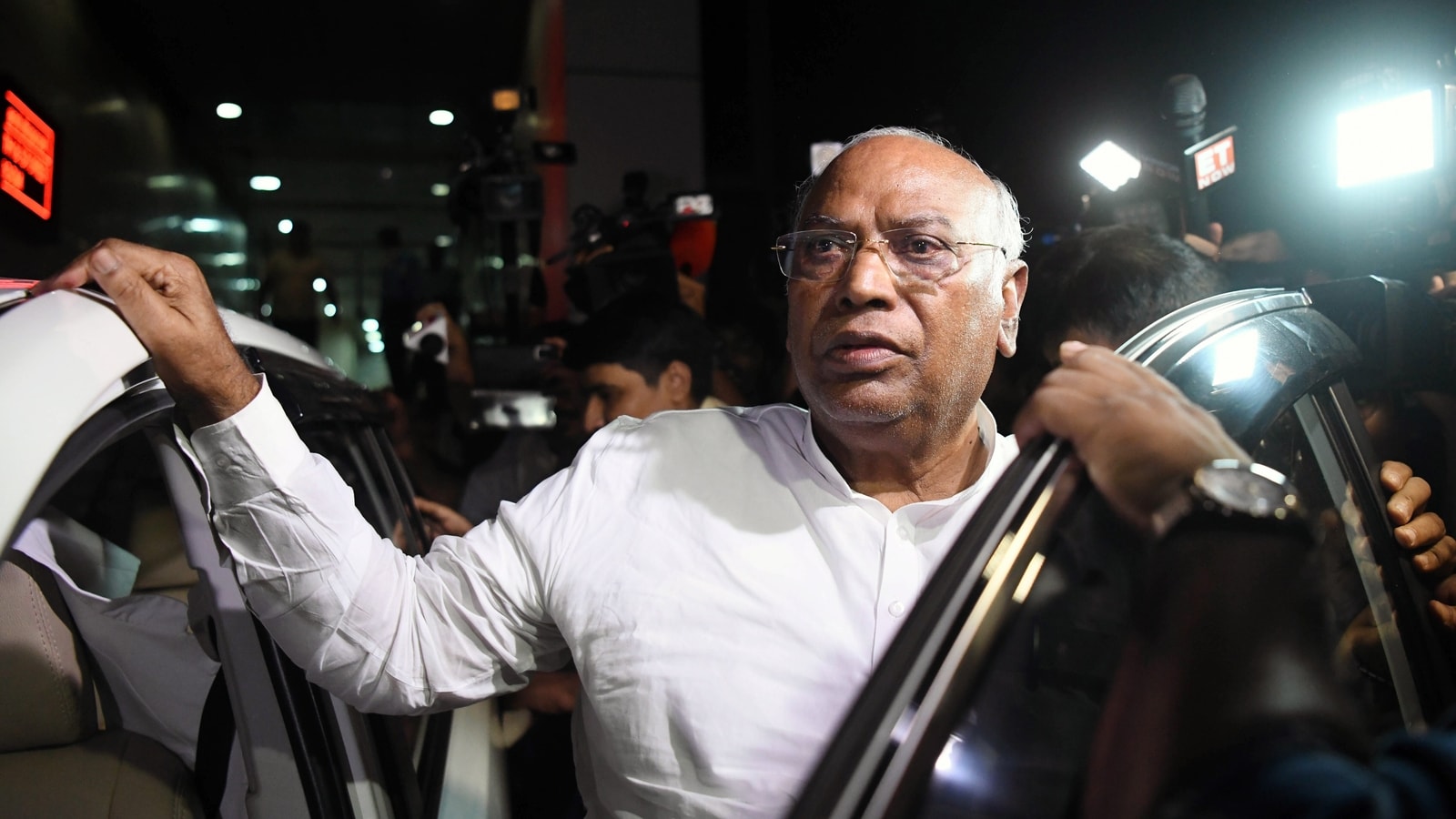 Congress veteran and Leader of Opposition in Rajya Sabha Mallikarjun said on Saturday that he will miss this year’s Independence Day celebrations as he has tested positive for Covid-19. In a letter addressed to defence minister Rajnath Singh, Kharge said he was “very keen and looking forward” to attending the flag hoisting ceremony and celebrations of India’s 75th Independence Day but is “not in a position to attend” the event due to his health condition.

“Even though I would not be able to be physically present, I will be joining the entire nation in celebrating Independence Day and wishing Happy Independence Day to all on this auspicious occasion,” the Congress MP wrote in the letter.

Wrote to hon’ble Defence Minister of India Shri @rajnathsingh expressing my inability to be present at the flag hoisting of our 75th Independence Day being under influence of COVID.

Along with every proud Indian I’ll be joining the celebration in spirit of freedom.

Kharge’s Covid-19 news comes hours after Congress chief Sonia Gandhi also tested positive for the virus. This is the second time in three months that Gandhi contracted the virus.

Senior Congress leader Jairam Ramesh took to Twitter earlier in the day to inform about Gandhi’s health condition, adding she will “remain in isolation as per government protocol”.

Several Congress leaders, including Rajasthan chief minister Ashok Gehlot and Kharge himself, among others, took to Twitter to wish Gandhi a speedy recovery.

Gandhi’s daughter Priyanka Gandhi on August 10 had said that she too has contracted the infection “again”, and will be isolating at home and following all protocols. This is also the second time in three months that she tested positive for Covid-19.

Congress says it with posters, caps, voices at rally: Rahul, only...

Not followed Waqar Younis, my idols are Bumrah, Shami and Bhuvneshwar,...

Will resign if it leads to leopard’s capture, says K’taka min

After his poll rout, Sidhu commends AAP for landslide victory in...