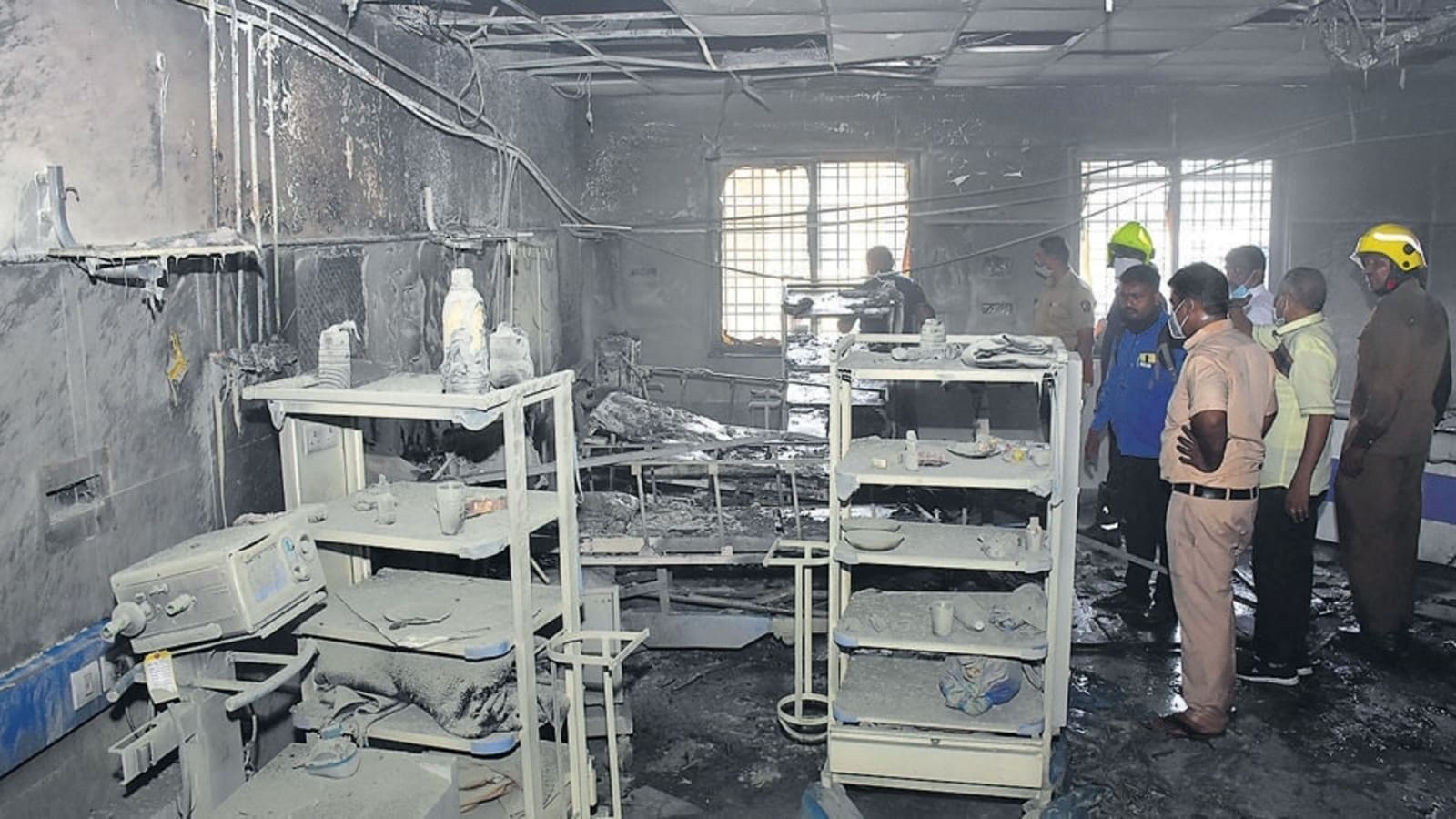 A medical officer and three staff nurses were arrested Tuesday on charges of causing death by negligence and culpable homicide not amounting to murder after 11 people lost their lives last week in a fire incident at a hospital in Maharashtra’s Ahmednagar district. Medical officer Dr Vishakha Shinde, and staff nurses Sapna Pathare, Asma Shaikh and Channa Anant were arrested under sections 304 and 304A of the Indian Penal Code (IPC), said Manoj Patil, Superintendent of Police, Ahmednagar rural police.

Quoting Ahmednagar police, HT earlier reported that 70% of deaths were caused by smoke from the fire while the remaining died after directly getting caught in the blaze that broke out in the Intensive Care Unit (ICU) of the Civil Hospital. Most of them were senior citizens undergoing treatment for coronavirus disease (Covid-19). In connection with the incident, an FIR was registered against unidentified persons under Section 304(A) of the IPC.

The fire broke out last Saturday at 11am on the ground floor of the hospital, where 17 patients were admitted, of which 15 were on either ventilator or oxygen support. While 10 patients died in the blaze at the spot, one person later succumbed to injuries.

Supreme Court to take up Mediaone’s petition against Centre’s ban on...

Daniil Medvedev one win from reclaiming world number one spot at...

Learning to fight majoritarianism from Ambedkar

Woman arrested for selling heroin worth Rs 51.75 lakh in Mumbai