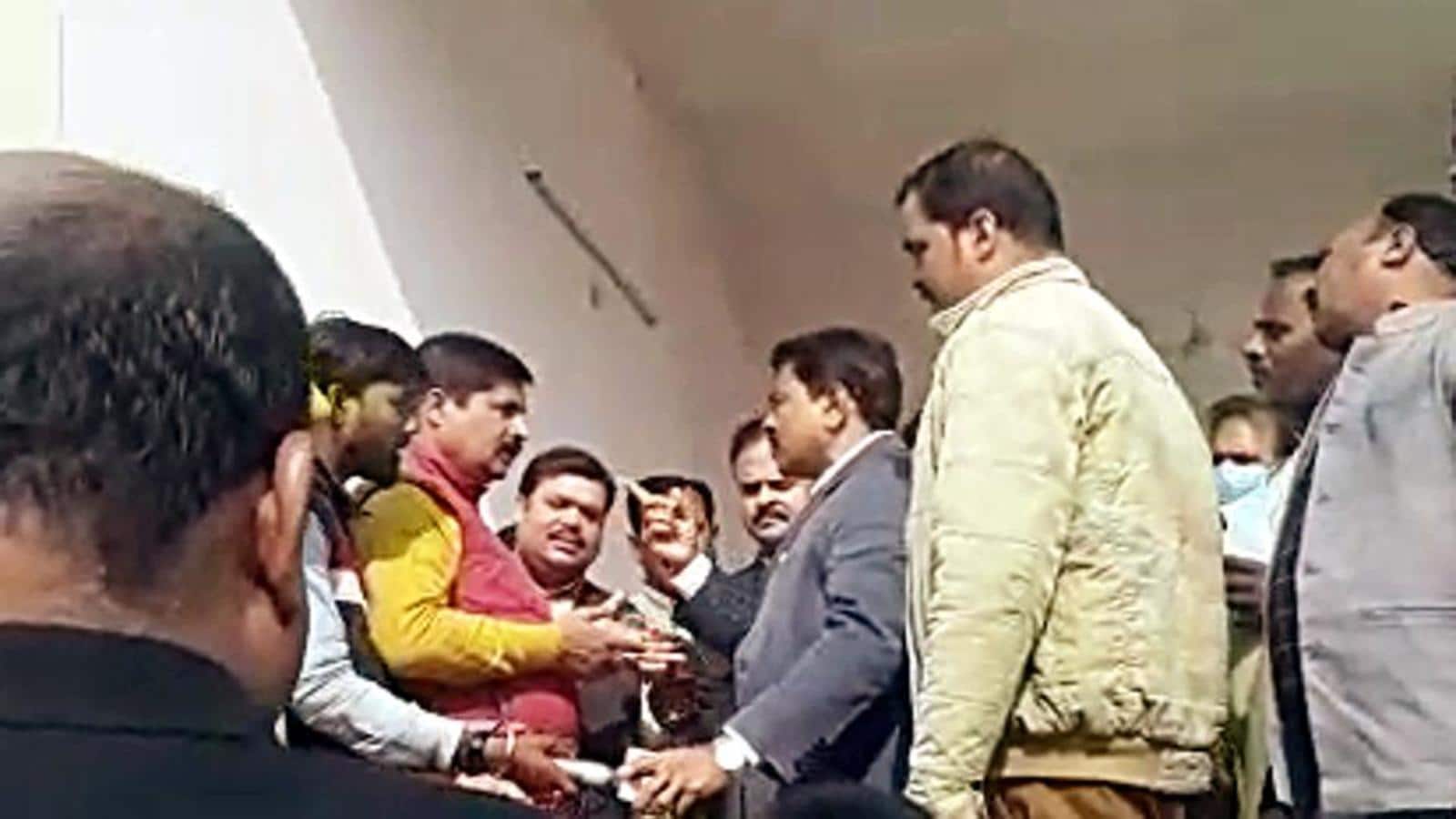 Lucknow: Union minister of state for home Ajay Mishra ‘Teni’ on Wednesday allegedly lashed out at journalists when asked about the addition of stringent charges against his son Ashish Mishra, who is accused of mowing down farmers in Lakhimpur Kheri two months ago.

A video clip of the alleged incident purportedly showed the minister losing his cool when asked by a local journalist about the addition of “attempt to murder” charge against Ashish Mishra on Tuesday. The minute-long clip, which was widely circulated on social media, the minister is heard shouting at the journalist to stop recording him.

“Don’t ask questions like a fool. Have you lost your mental balance (’Dimag kharab hai kya’)?” he was heard as purportedly saying in Hindi. “What do you want to know? You turned an innocent person into an accused. Aren’t you ashamed?” He was also heard calling the journalist “chor”, or thieves, and angrily asking the reporter to switch off his mobile phone.

The minister was in Lakhimpur Kherion Wednesday to inaugurate an oxygen plant at a child care centre. He visited his son in jail on Tuesday He wasn’t available for comment. HT couldn’t independently verify the authenticity of the video clip.

The development came a day after a special investigation team (SIT) told a Lakhimpur Kheri court that the October 3 violence in which eight people, including four farmers and a journalist, were killed was “well planned and a deliberate act, not an act of negligence and callousness”.

The court added attempt to murder charges to the First Information Report against Ashish Mishra and 12 others.

“The video showcases desperation of both the Union minister as well as the party which is shielding him,” UP Congress spokesperson Zishan Haider said.

A delegation of local journalists from print and electronic media called on Lakhimpur Kheri district magistrate Mahendra Bahadur Singh and handed over a memorandum to be forwarded to the President of India. In their memorandum, the local press fraternity demanded action against the minister and sought the safety of journalists.

UP BJP spokesman Harish Srivastava refused to comment on the matter, saying he hadn’t seen the video.

“I can’t comment because I haven’t seen it. But as far as the case goes, the investigating agencies are on it. When they come up with their findings, everyone will know. The opposition is needlessly getting worked up,” Srivastava said.

Ashish Mishra is the main accused in the incident in which an SUV allegedly rammed into four farmers and a journalist in the Tikunia area of Lakhimpur Kheri on October 3 . In the ensuing violence, three more people — two of whom were Bharatiya Janata Party (BJP) workers and one was the driver of the car — were killed.

These states in India have confirmed cases of Omicron Covid variant....

After raid on WazirX, crypto exchanges under I-T and ED scanners