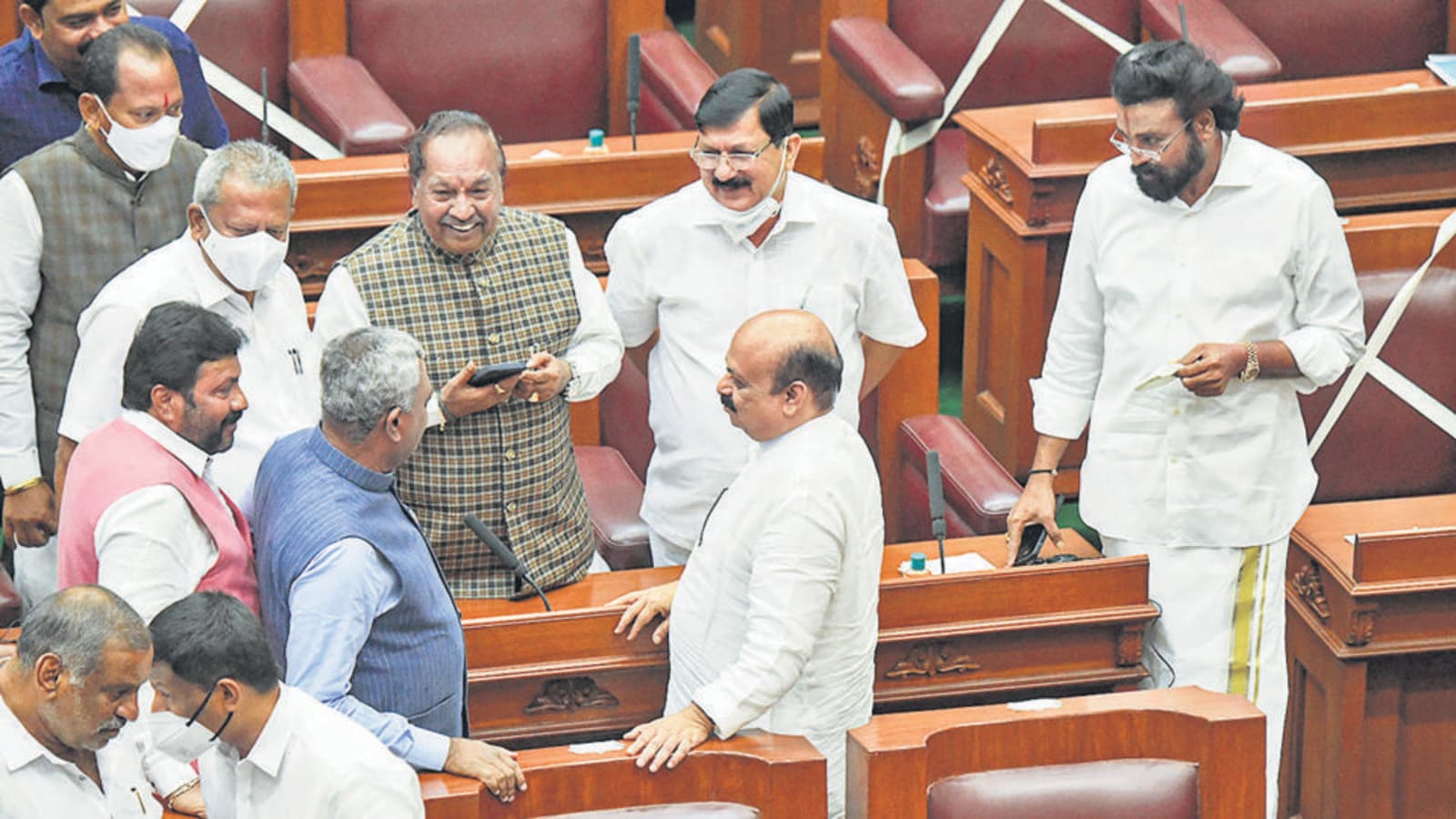 The Bharatiya Janata Party (BJP) government appears to be switching gears in the state assembly as ministers are set to propose laws on anti-conversion and ‘love jihad’ among others that suit the party’s core ideology with less than two years to go before the assembly polls in the state, leaders said.

Chief minister Basavaraj Bommai said the government would table a law that prevents forcible conversions in the winter session of the state legislature that commenced in Belagavi on Monday. “The Law Department is studying the proposed draft, and it would be introduced in the legislative session after clearance from the Law Department and the state cabinet,” Bommai said before the commencement of the session.

“We are saying it from the beginning – We are committed to getting anti-cattle slaughter, anti-conversion laws. I will go one step further and say that in the coming days, we will introduce laws against Love Jihad,” V Sunil Kumar, Karnataka’s minister for energy, Kannada and culture, said on Monday. Kumar is a three-time legislator from Karkala, Udupi. “We are among those who grew up fighting these issues,” Kumar added.

The statements come when the BJP has been pushing through contentious laws, which are core to its ideology and that of Sangh Parivaar, an umbrella term for right-wing organisations. The BJP high command has been trying to get its way in both the BS Yediyurappa and Bommai governments, which would help them fulfil goals in line with their ideology.

Despite coming from the Janata Dal background, Bommai, who has been in the BJP for the last 13 years, has been pushing hard to help achieve right-wing goals, in line with the Prime Minister Narendra Modi-led Union government, that would help seal his candidature as party’s chief ministerial candidate in 2023, people aware of the developments said.

Yediyurappa, who was seen as a more secular face within the BJP, too, said that the law should be passed in the ongoing session.

Since the proposal to bring in the anti-conversion law by the state government during the monsoon session between September 13 and 24, there has been a visible rise in the number of incidents related to moral policing, hate crimes and communally charged comments by several right-wing groups in the state, people aware of the developments said.

The Christian community, especially, has alleged that there have been at least 40 incidents of such crimes against them across the state.

According to the Association for Protection of Civil Rights (APCR), in their report titled ‘‘Christians Under Attack in India’, released on Sunday, there have been 305 incidents of violence in the 273 days of 2021 between January and September across the country.

The report added that between January and September, Uttar Pradesh recorded the highest monthly incidents with 66, followed by Chhattisgarh (47). Karnataka recorded 32 incidents, the report added. APCR said that a total of 1,362 calls were received by the United Christian Forum helpline.

Belagavi, the host city for the winter session, has also witnessed incidents of crimes against minorities in the past few days, including an order by the police not to conduct prayers till the legislative session is complete. The order has since been withdrawn.

“It is a political move. There was always a law against the forceful conversion of any religion or any community. But our Constitution says that it has given every citizen freedom to practice, prorogate he/she wants,” Siddaramaiah, the Congress’ leader of Opposition, said on Monday.

He added that the law proposed by the Bommai government ‘violates the provisions of the Constitution.

“If there is forceful conversion, let them take action. But, where is the necessity to bring again the anti-conversion law? It is only targeting a particular community and religion,” Siddarmaiah said, adding that Congress will oppose the Bill in the House.

“This law will encourage moral policing. Hinduism is strong in the country. Even after the arrival of Mughals and Portuguese, the population of Hindus is more in the country,” KJ George, senior Congress leader said on Monday.

New Year 2022: Full list of public holidays in the upcoming...

New Year 2022: Full list of public holidays in the upcoming...