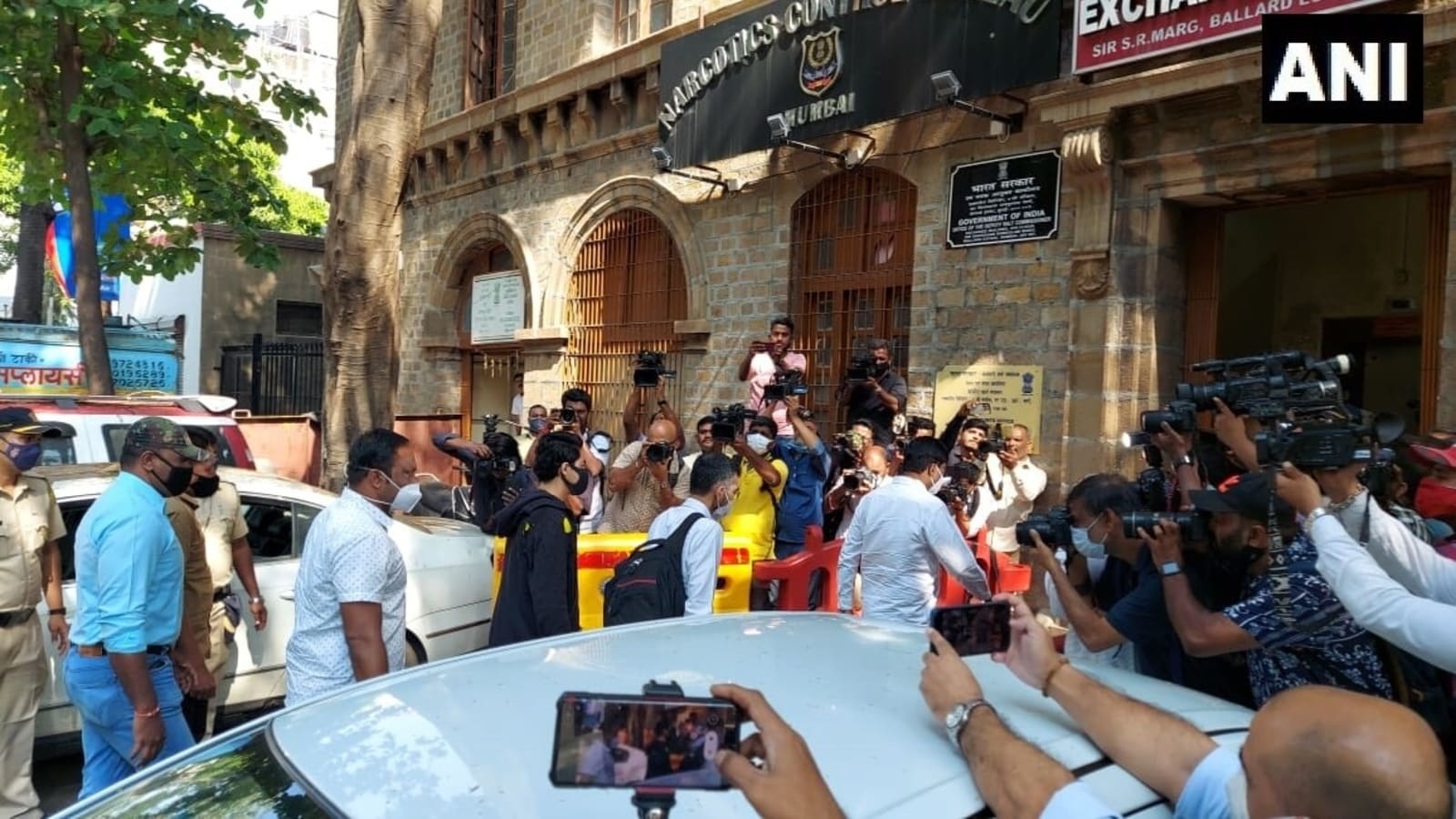 Last week, the SIT summoned Aryan, Arbaaz Merchant and Achit Kumar for interrogation. Arbaaz and Achit were quizzed for over 9 hours. But Aryan skipped the session owing to health conditions, reports said.

On the day of his birthday, Shah Rukh Khan’s son Aryan Khan on Friday reached the office of the Narcotics Control Bureau in Mumbai to mark his weekly presence, as mandated by the bail conditions of the Bombay high court. Last week too, Aryan came to the NCB office, though he skipped the summons of the special investigation team of the central agency which is now probing the case, citing ‘slight fever’.

Aryan Khan, Arbaaz Merchant and Munmun Dhamecha, the three accused of the case who got bail on the same day, have been given some conditions for their bail. One of them is marking their presence at the Mumbai office every week on Friday at a stipulated time. They are also supposed to cooperate with the agency in the ongoing investigation which has now been shifted to a Delhi team.

Last week, the SIT summoned Aryan, Arbaaz Merchant and Achit Kumar for interrogation. Arbaaz and Achit were quizzed for over 9 hours. But Aryan skipped the session owing to health conditions, reports said.

In its order, the high court had said that Aryan Khan, Arbaaz Merchant and Munmun Dhamecha, his co-accused who were also released on bail, will have to surrender their passports before the NDPS court and shall not leave India without taking permission from the special court. Besides, they have to attend the NCB office each Friday between 11 am and 2 pm to mark their presence.

It has been reported that Shah Rukh’s manager Pooja Dadlani has also not joined the Mumbai police’s investigation as yet. An SIT of the Mumbai Police is looking into the extortion allegations levelled against the NCB and Pooja Dadlani is a key witness in this case as according to the allegations, the demand for money was made to Pooja Dadlani and apparently she paid ₹50 lakh for Aryan’s release when Aryan was detained on October 2.

Check all cargo containers at ports for contraband: Amit Shah

When Vijay Deverakonda faced family pressure to give up acting and...

Gyanvapi case: No HC order on survey due to ‘technical’ issue

Under new guidelines, Charak Shapath instead of Hippocratic oath for medical...

Kashmiri Pandits should have got CRPF cover, not rebel MLAs: Aaditya...