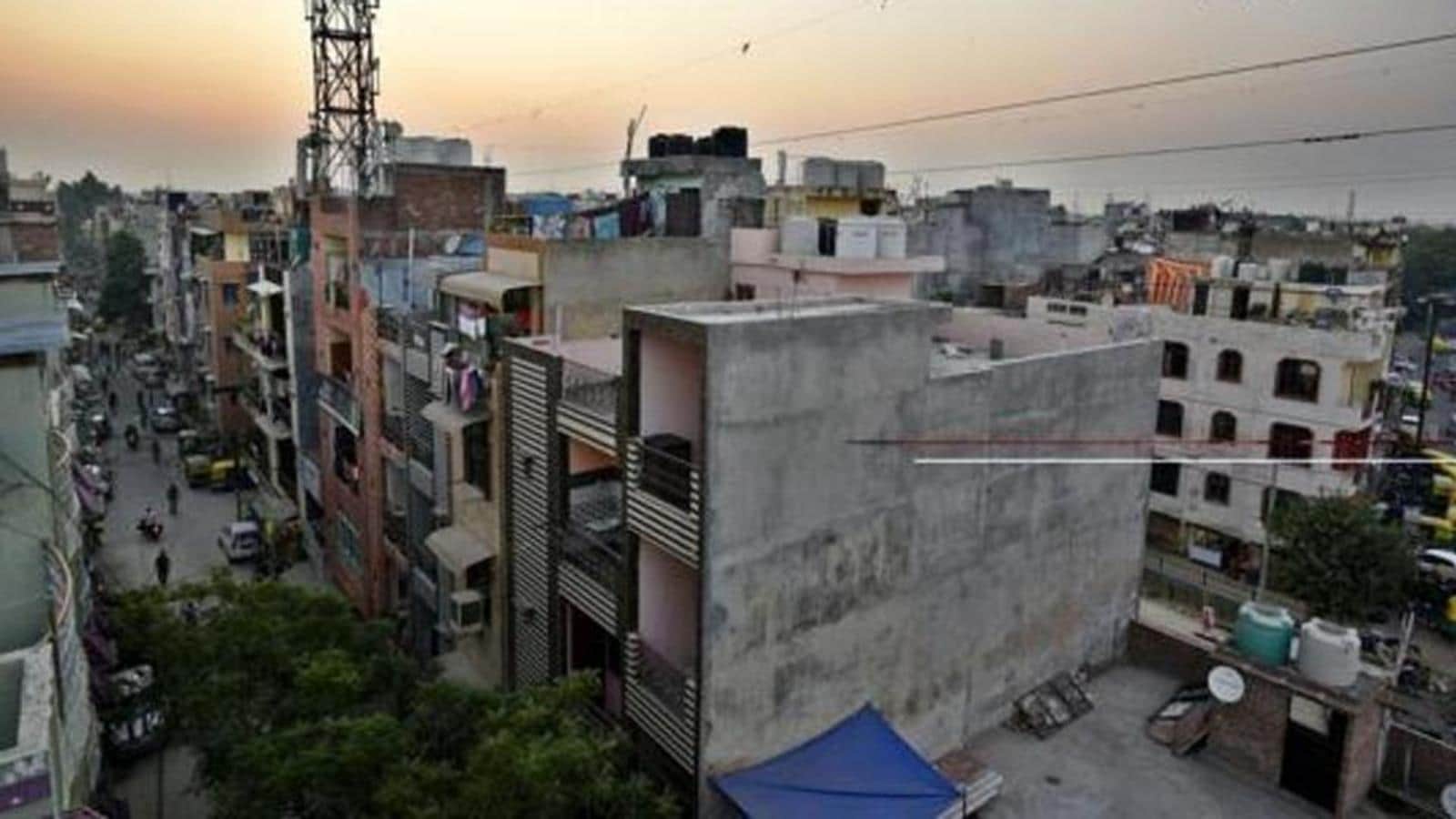 New Delhi: Haji Ishaq Mallik (87) and Naresh Kumar (58) live close to 20 kilometres apart, one in northeast Delhi’s New Mustafabad and the other in Rohini’s Raja Vihar. But both have much in common. In 2008 and 2020 respectively, Malik and Kumar were among the first few beneficiaries of special schemes launched for unauthorised colonies ahead of assembly elections. Years have passed, but both have now little hope of their colonies getting a legal tag, a key demand of residents of over 1797 unauthorised colonies in the national capital. And both will watch, as another round of municipal elections near, and the politics around their plight begins again.

With the support of residents of these unauthorised colonies decisive in Delhi’s electoral landscape, the three primary political parties in the fray are firming up plans to attack each other on the other’s performance on the issue. While the Aam Aadmi Party (AAP) is targeting the Bharatiya Janata Party (BJP), which has been in power in the three municipal corporations close to 15 years over a lack of sanitation and rampant corruption, the latter is planning an outreach programme to “expose” the ruling party in Delhi over lack of development in these colonies. The Congress, which was in power for 15 years in Delhi, is going to start the second phase of its Pol Khol campaign from December 16th in these colonies to highlight the work done by its government and tell people about the failures of both the APP led Delhi government and the BJP led corporations.

The upcoming civic polls are crucial for all three political parties. For the Bharatiya Janata Party (BJP), it will be a battle to remain relevant in the city’s polity, especially after its defeat in the 2020 assembly elections; for the Aam Aadmi Party (AAP), it will be a referendum on its performance, especially during Covid in its third term in office; for the Congress, it will be all about regaining lost ground in a city the party governed for a decade and a half until 2013.

Regularisation of colonies, a distant dream

In 2008, the then Congress-led Delhi government distributed provisional regularisation certificates to 1,218 unauthorised colonies with a promise that layouts would be made, en route to giving them legal status. Eleven years later, the NDA-led Centre launched PM-UDAY in 2019 to award ownership rights to residents of 1,731 unauthorised colonies. The two policy decisions were taken just months before assembly elections in 2008 and 2020. And both have failed to address people’s problems.

One of the key benefits of PM-UDAY, as highlighted by the BJP, was that people will be able to get bank loans against their properties. But Naresh Kumar, a resident of Raja Vihar in Rohini, who was among the first 20 people to get ownership of his property under the PM-UDAY scheme, said, “The banks have refused to give me a loan against my property. They say that the building plan should be approved by the municipal corporations, which is not possible.”

Data from the Delhi Development Authority, which is the nodal agency for the implementation of the scheme, shows that till December 3, around 90,700 people have applied under the scheme, of which about 11, 500 people have got ownership rights so far. There are over one million properties in 1,797 unauthorised colonies, which are now recognised by the centre.

In New Mustafabad, Malik has little hope or expectation from political parties. “Before every election, a new scheme or plan is announced and nothing happens after that. No one is serious about solving the problem. These are just election gimmicks to garner the support of residents of unauthorised colonies,” he said. Malik was among the first 11 people who received provisional regularisation certificates from Congress president Sonia Gandhi in 2008.

While the DDA has prepared a policy for the redevelopment of unauthorised colonies, urban planners say this is still not easy to implement. Sabyasachi Das, former planning commission in charge at DDA, said, “There are multiple issues related to the title of the property that will pose a huge hurdle in the implementation of the policy that talks of the amalgamation of plots for redevelopment. This will be difficult as there are smaller plots, multiple owners, and getting so many people together for redevelopment will not be easy.”

Hitting out at the BJP, Saurabh Bharadwaj, chief spokesperson of the AAP, said, “The only problem people now have is getting a legal tag for their colonies. The BJP’s PM-UDAY scheme is a farce. People already are the owners of their property. All they wanted was legal status so that they could get their building plans sanctioned. But this is not possible under the scheme,” Bharadwaj added.

BJP MLA Vijender Gupta, who is also a DDA member, said that the low response to the scheme is due to some “technical issues”, which are being resolved. “This is a good scheme and will benefit lakhs of people. There are over 4.4 lakh people who have registered on DDA’s website. Soon after the scheme was launched, there were elections in Delhi followed by a lockdown due to the pandemic. There are some technical issues such as some houses falling on master plan roads and in the Zone O. These issues are being resolved,” said Gupta.

Focus on Development work and the blame game

With such political dividend to get from support from unauthorised colonies which have between 30-40% of the city’s population, both AAP and BJP are focusing on development projects. In August this year, Delhi chief minister Arvind Kejriwal held a meeting with officials where he stressed the need to complete work within “stipulated deadlines”. Close to 237 projects are to be completed by the end of this year, according to Delhi government officials, primarily relating to the laying of sewer and water lines and the construction and repair of colony roads. A senior official said, “There are regular review meetings held by the urban development minister to review the progress of development work in unauthorised colonies.”

The BJP, which can only carry out sanitation work in these colonies, has directed officials to

Delhi BJP chief Adesh Gupta said, “The government has paralysed the functioning of the corporations by not releasing funds on time. But we still managed to do a lot of work. On the other hand, despite having adequate funds, the Delhi government has done little work in unauthorised colonies. We will expose the government.”

Countering the BJP’s claim, Saurabh Bharadwaj, chief spokesperson of the AAP, said that development work began in these colonies only after AAP came to power. He said the Delhi government is not only carrying out large scale infrastructure projects such as the laying of sewer and water pipelines, development of roads etc. in these colonies, it has also allowed MLAs to use their funds for the installation of gates, gyms, and other infrastructure projects. “Earlier, the biggest problem was that MLAs weren’t allowed to use their funds in these colonies. But our government immediately addressed the issue after coming to power. Today, MLA funds are being used to install gates, set up gyms etc. About 80% of colonies have sewer and water pipelines and 70% have a proper road network. Our government has addressed all infrastructure-related issues,” said Bharadwaj.

The Congress meanwhile has plans to launch the second phase of its campaign which seeks to “expose” both AAP and the BJP on the lack of development. Delhi Pradesh Congress Committee president Anil Kumar said, “We will be exposing the two ruling parties during our 70-day long campaign. The sewer and water lines are still missing. The ones which were laid during our tenure have not been repaired. People living in these colonies are still waiting to get their ration cards made. In the name of free water, the government is providing dirty water. BJP has done little to improve the sanitation situation in the city and has taken up no major infrastructure work during its 15-year-long stint in the corporations.”

The political significance in Delhi

While unauthorised colonies are spread across the city, their numbers are high in some assembly constituencies such as Kirari, Burari, Mustafabad, Shahdara, Uttam Nagar and Sangam Vihar.

Of the 272 municipal wards in the three corporations, there are over 100 wards where the percentage of unauthorised colony votes is over 75%, said Jai Prakash, a BJP councillor and former mayor of North corporation. “But our councillors can’t do much work in these areas. We can only look after sanitation,” he said.

Political analysts say that as municipal elections are local in nature, the impact individual candidates have is much higher than usual. Sanjay Kumar, professor at the Centre for the Study of Developing Societies said, “The unauthorised colonies have a large population of migrant workers, especially belonging to the Purvanchal community. The Congress had their support initially which later shifted to AAP, as the latter gave tickets to people from the community. Though the BJP did try to make inroads in this large support base by making Manoj Tiwari the state unit president, it didn’t help the party a great deal.”

Referring to the schemes announced to give ownership, Kumar said, “It (PM-UDAY) was a good scheme but it was badly planned. The government should have announced it much in advance.”

Tanvir Aeijaz, associate professor in the department of political science at Ramjas College, said that the AAP continues to enjoy the support of unauthorised colonies is due to its pro-poor schemes in Delhi. “A majority of the population belongs to the lower income group. The subsidy on water and electricity is a huge benefit for them.”

4 decades after he dropped out of school, Odisha MLA appears...

Election notes from a city of salvation that’s now a political...