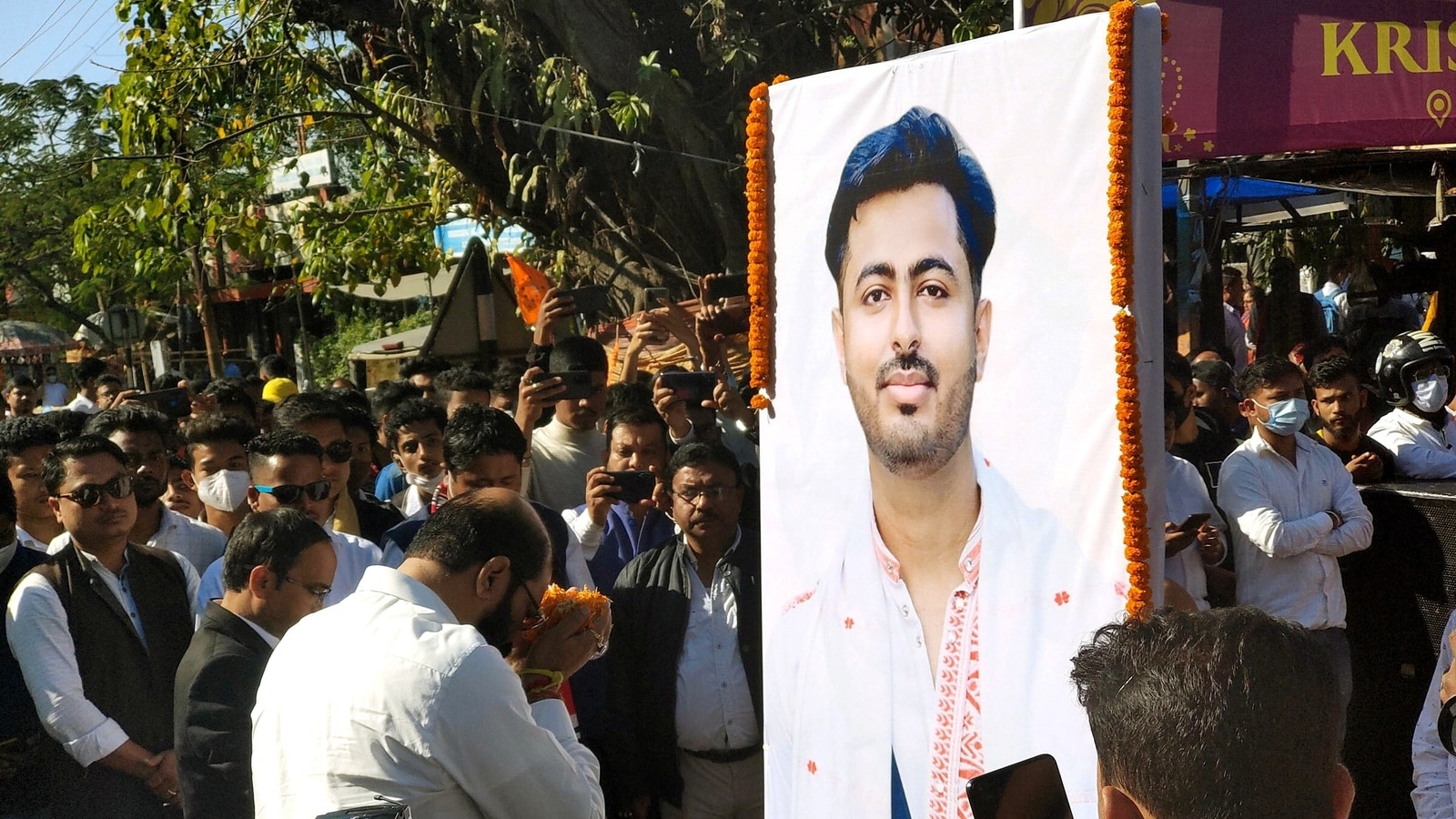 The main accused in the lynching of a student leader in Assam was killed on Tuesday night in a road accident. Niraj Das alias ‘Kola Lora’, died while in a bid to escape police custody.

Das reportedly jumped out of the police car in which he was being transported and was hit by another police vehicle in the back while attempting to flee. He later succumbed to his injuries.

As many as 13 people have been arrested so far in connection with the lynching of the All Assam Students’ Union (AASU) leader Animesh Bhuyan in which two others were injured on Monday.

Twelve of the accused arrested in the case were manhandled by an angry crowd on Tuesday in front of a local court, where they were to be presented. All the accused were arrested within hours as the Jorhat Bar Association decided not to fight for any of the accused persons during the trial.

Meanwhile, the main culprit, Neeraj Das, arrested on Tuesday morning, was to be produced before the court on Wednesday. According to officials, he was a known criminal with past record of drug trafficking.

A huge number of people had gathered outside the chief judicial magistrate’s court, shouting slogans and demanding justice for the 28-year-old AASU leader killed in the gruesome act on Monday. The crowd kept demanding that the police hand over the accused to them, instead of presenting them before the court.

Bhuyan was beaten to death while two others accompanying him were seriously injured by a group of people following a heated argument over an accident in Jorhat city on Monday.

Scores of onlookers witnessed the act but did nothing to stop it and were instead busy filming the incident on their mobile phones.

Bhuyan was declared dead when taken to the hospital. He was the education secretary of Brahmaputra Regional Committee of AASU’s Golaghat district unit.

One of his companions was a local reporter, Mridusmanta Baruah, and the other was Pranay Dutta, both AASU members.

Man who claims to be Sushant Singh Rajput’s fan arrested for...