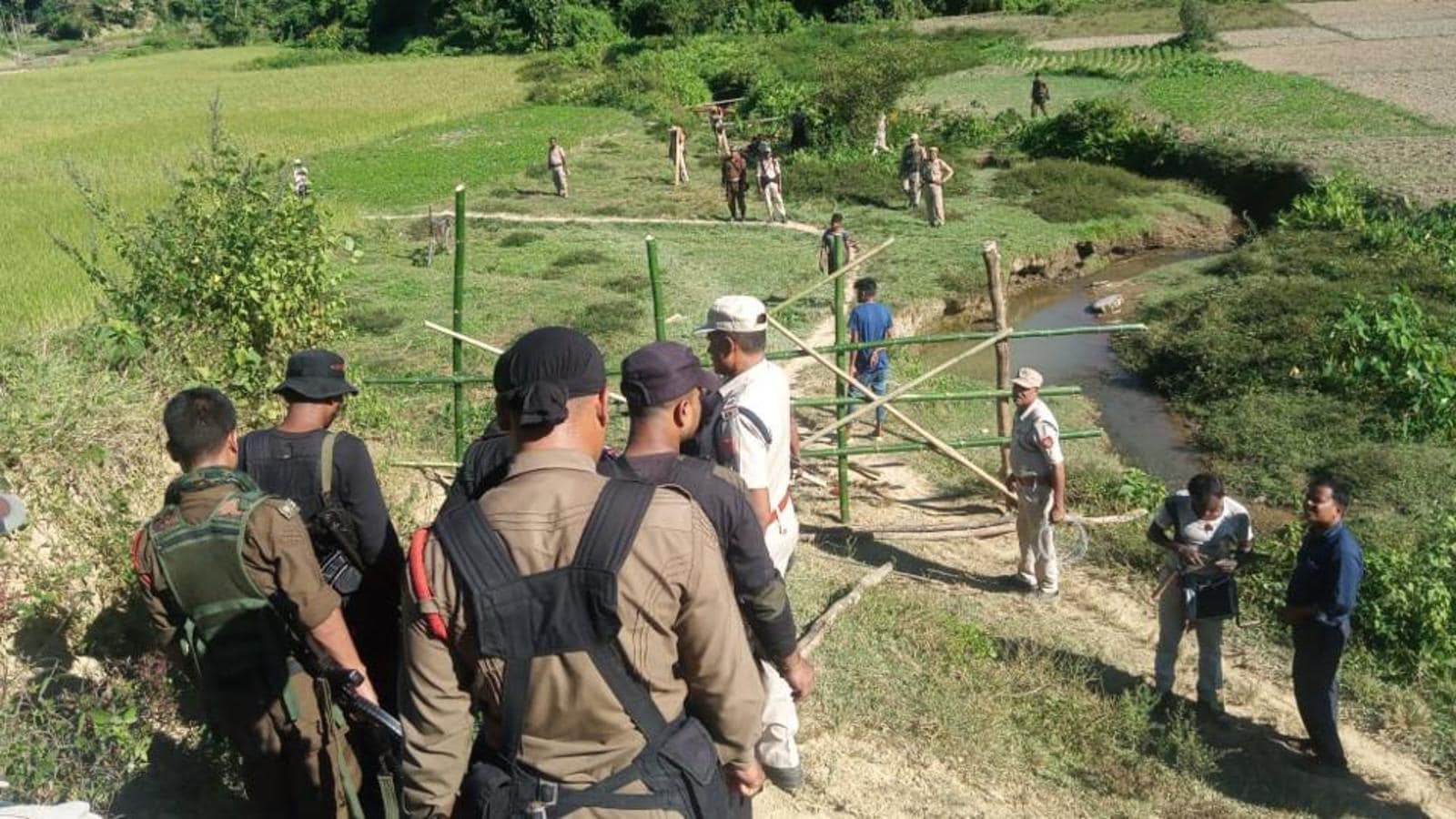 SILCHAR: The Assam police stopped a group of residents from Mizoram from building a road in its border district of Cachar, insisting that the land on which they were building the road falls on its side of the border, people familiar with the matter said on Wednesday. The incident took place on Monday.

Mizoram police officer Vanlalfaka Ralte acknowledged that villagers on its side made a mistake and didn’t realise where the inter-state boundary was.

Cachar district’s superintendent of police (SP) Ramandip Kaur said this wasn’t a first and there have been multiple such instances in recent months.

Assam districts of Cachar, Karimganj and Hailakandi share a 164.6km-long border with Mizoram’s Aizawl, Kolasib and Mamit districts. The decades-old border dispute stems primarily from a difference in perception; Mizoram goes by an 1875 border agreement but Assam follows a demarcation made in 1933. In July this year, the border dispute deteriorated, leading to a bloody clash that led to the death of six Assam police personnel.

On Monday, an Assam police officer said, residents of Paglacherra and French Nagar under Dholai assembly constituency of Cachar district noticed that a road was being constructed on forest land by Mizo civilians and its India Reserve Batallion jawans.

Cachar SP, Ramandip Kaur said they stopped the construction work because it was on Assam’s side of the border. “This is not the first time they were attempting to construct a road on Assam’s land. In past also, we stopped similar activities but this time they were doing it during the night,” she said

Kaur also confirmed that this time, the Mizo civilians agreed to move back and didn’t argue. “In past, when we stopped such activities, Mizoram citizens argued with us. But this time they moved back peacefully because they understood that activities were wrong. I have spoken with the superintendent of police of Kolasib district about this,” she added.

Mizoram’s Kolasib district SP Vanlalfaka Ralte said, “People from a village panchayat of our district was involved in the construction. It was under their farming land and they didn’t understand the border. I have talked to the SP Cachar and assured her that the work will not resume for the time being.”

Lailapur residents in Cachar district said the police aren’t always as prompt to intervene at their request. “For Mizoram, such attempts of construction and encroachment have become a regular affair. When their civilians do this, IR Batallion jawans patrol the area to protect. Our commandos just stand and watch,” said a local resident.

A senior Assam official said a letter has been sent to Mizoram asking the neighouring state to ensure that its residents do not get involved in such activities. Mizoram chief secretary Renu Sharma’s office confirmed receiving the latter but did not make any comment.

Monday’s aborted attempt to build the road comes days after an explosive, complete with a detonator, was found at a construction site in Assam near inter-state border. A special team of bomb squad travelled to the spot from Guwahati to defuse the explosive device on Wednesday afternoon.

In Goa, the fusion of popular disenchantment and popular legitimacy

Healthy habits: Things you must, must not do while and after...

Explained: Rules for tapping a phone

Vaccine for third dose to be decided by January 10: ICMR