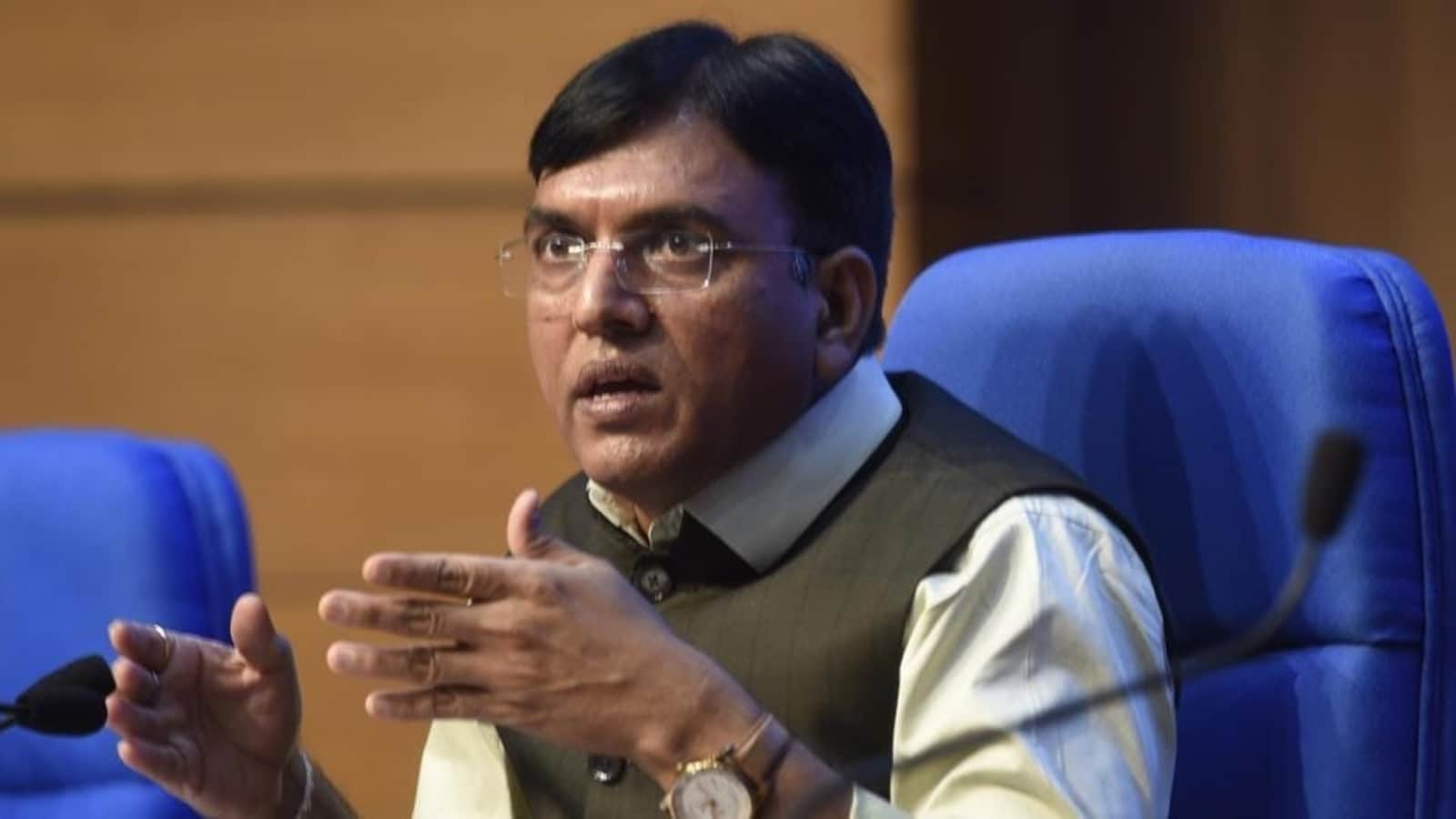 Union health minister Mansukh Mandaviya on Friday advised states and one Union territory to keep a tab on infrastructural matters regarding medical oxygen as the country battles with a fresh surge of Covid-19 infections, driven by the Omicron variant.

Addressing a Covid-19 review meeting with five states and one UT, Mandaviya urged his counterparts there to ensure that “all kinds of oxygen infrastructure be checked such that it is in a functional/operational state”.

According to an ANI input, the meeting took place at 3:30pm with health ministers of Gujarat, Rajasthan, Madhya Pradesh, Goa, Maharashtra and the Union territory of Dadra and Nagar Haveli and Daman and Diu.

Earlier in the day, Union health secretary Rajesh Bhushan wrote to his counterparts in states and Union territories warning of a rapid change in the number of hospitalisations. He said in the present surge, five to 10 per cent of active cases have required hospitalisation so far. However, the situation is dynamic and evolving, and the need for hospitalisation may change rapidly, he added.

A day ago, Prime Minister Narendra Modi reviewed the pandemic situation across the country wherein he called for ensuring adequate health infrastructure at the district level and accelerating the vaccination drive for adolescents on a mission mode.

India has been seeing a steady surge in Covid-19 cases, being driven by the Omicron variant that was first detected in South Africa.

The country reported a fresh spike of 1,79,723 new cases in the last 24 hours, taking the daily positivity rate in the country to 13.29 per cent, according to data uploaded on the Union health ministry website on Monday.

The nationwide tally of Omicron reached 4,033, with Maharashtra contributing the maximum number of confirmed infections (1,216), followed by Rajasthan (529) and Delhi (513). About 1,552 patients infected with the new variant have recovered.

Education system of countries should have crisis-sensitive policies: UNESCO