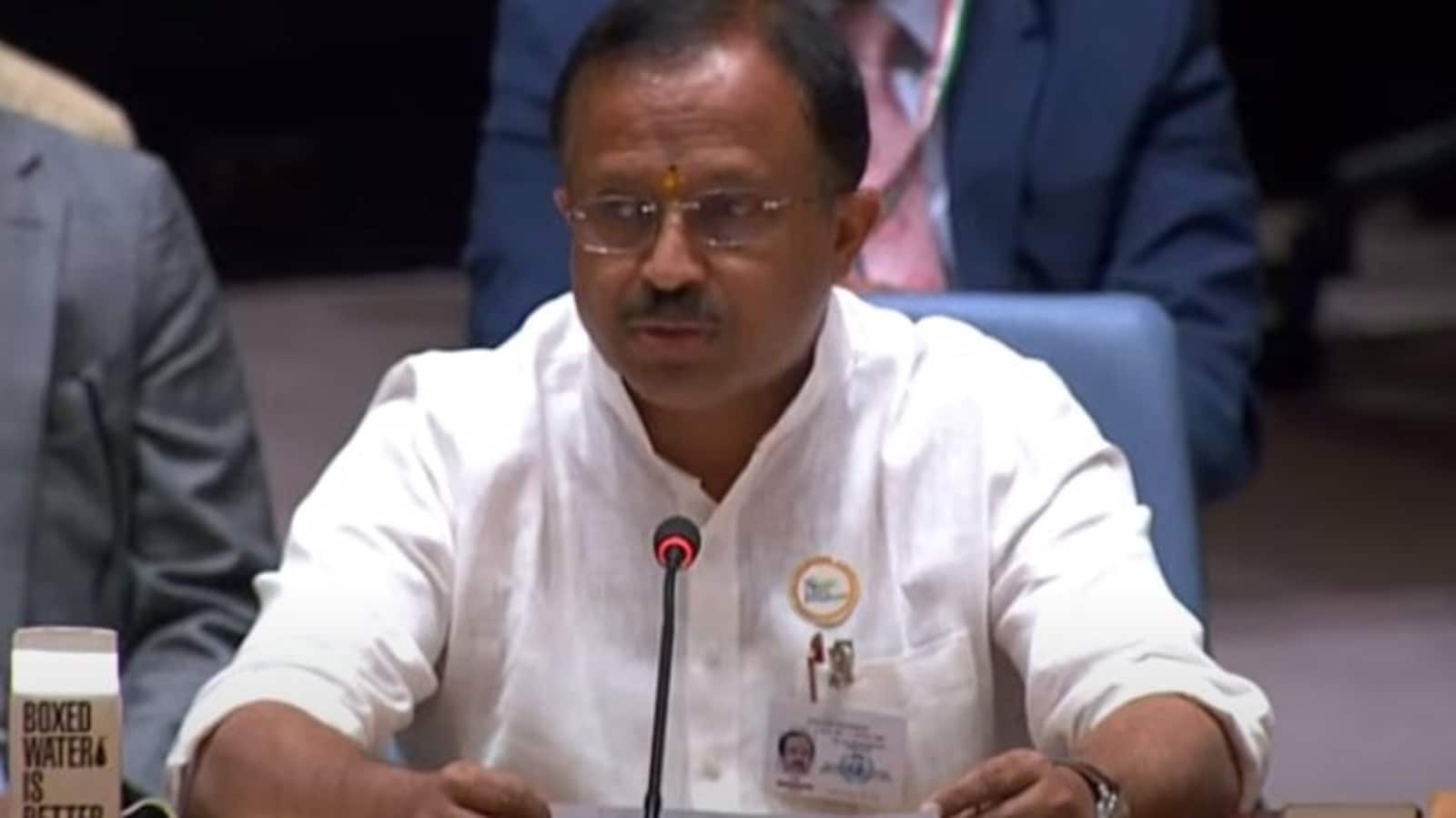 India on Thursday said it was committed to ensuring effective mitigation of the adverse impact on food security in the wake of a “sudden spike” in global wheat prices as the Ukraine conflict continued to rage.

Addressing an open debate on ‘Maintenance of International Peace & Security – Conflict and Food Security’ in the UN Security Council, Union minister V Muraleedharan his country would also ensure that the vulnerable had enough cushion against sudden changes in the global market.

The minister of state for external affairs said the world was already struggling to come out of the impact of the Covid-19 pandemic, when the Ukraine war brought a fresh profound repercussion, leading to spiralling of energy and commodity prices and disruptions in global logistical supply chains.

The open debate in the UN was organised by Council President the United States and chaired by US Secretary of State Antony Blinken.

Open markets must not become an argument to perpetuate inequity and promote discrimination: MoS MEA V Muraleedharan, at UNSC

Speaking about the issue of energy security needs, Muraleedharan said the same need to be addressed through “greater sensitivity” to other countries energy mix and import requirements.

“Global South has been adversely impacted both by the conflict itself, as well as by the various measures put in place in response,” Muraleedharan said, adding that if the conflict did not give way to a meaningful path of dialogue and diplomacy immediately, “there will be severe repercussions in the global economy which will derail the efforts of the Global South to secure food security and eradicate hunger in the run up to 2030”.

He said a number of low-income societies were confronted with the twin challenges of rising costs and difficulty in access to food grains.

“Even those like India, who have adequate stocks, have seen an unjustified increase in food prices. It is clear that hoarding and speculation is at work. We cannot allow this to pass unchallenged,” he said.

He further said the Indian government had recognised the sudden spike in global prices of wheat which “put our food security and those of our neighbours and other vulnerable countries at risk”.

He also spoke about the measures announced by India to manage its own food security and support the needs of neighbouring and other vulnerable developing countries, under which the country restricted wheat exports.

“Let me reaffirm that these measures allow for export on the basis of approvals to those countries who are required to meet their food security demands. This will be done on the request from the concerned governments. Such a policy will ensure that we will truly respond to those who are most in need,” he said.

A statement issued by the US as Chair of the meeting called on all UN member states to work together to mitigate the mid-term and long-term impacts of recent shocks to global agriculture and food systems.

Muraleedharan told the Council that even in the middle of the COVID-19 pandemic, India provided food aid in the form of thousands of metric tonnes of wheat, rice, pulses, and lentils to several countries, including in its neighbourhood (50,000 Metric tonnes of wheat to Afghanistan and 10,000 tonnes of rice and wheat to Myanmar) and Africa, to strengthen food security.

“We are also assisting Sri Lanka, including with food assistance, during its difficult times,” he added.

Muraleedharan said it was necessary for the international community to “adequately appreciate the importance of equity, affordability and accessibility when it comes to food grains.

“We have already seen to our great cost how these principles were disregarded in the case of Covid-19 vaccines. Open markets must not become an argument to perpetuate inequity and promote discrimination.”

Construction of new GST building to start next month

Panasonic’s briefcase-style modular Toughbook 40 comes to India, but it’s not...