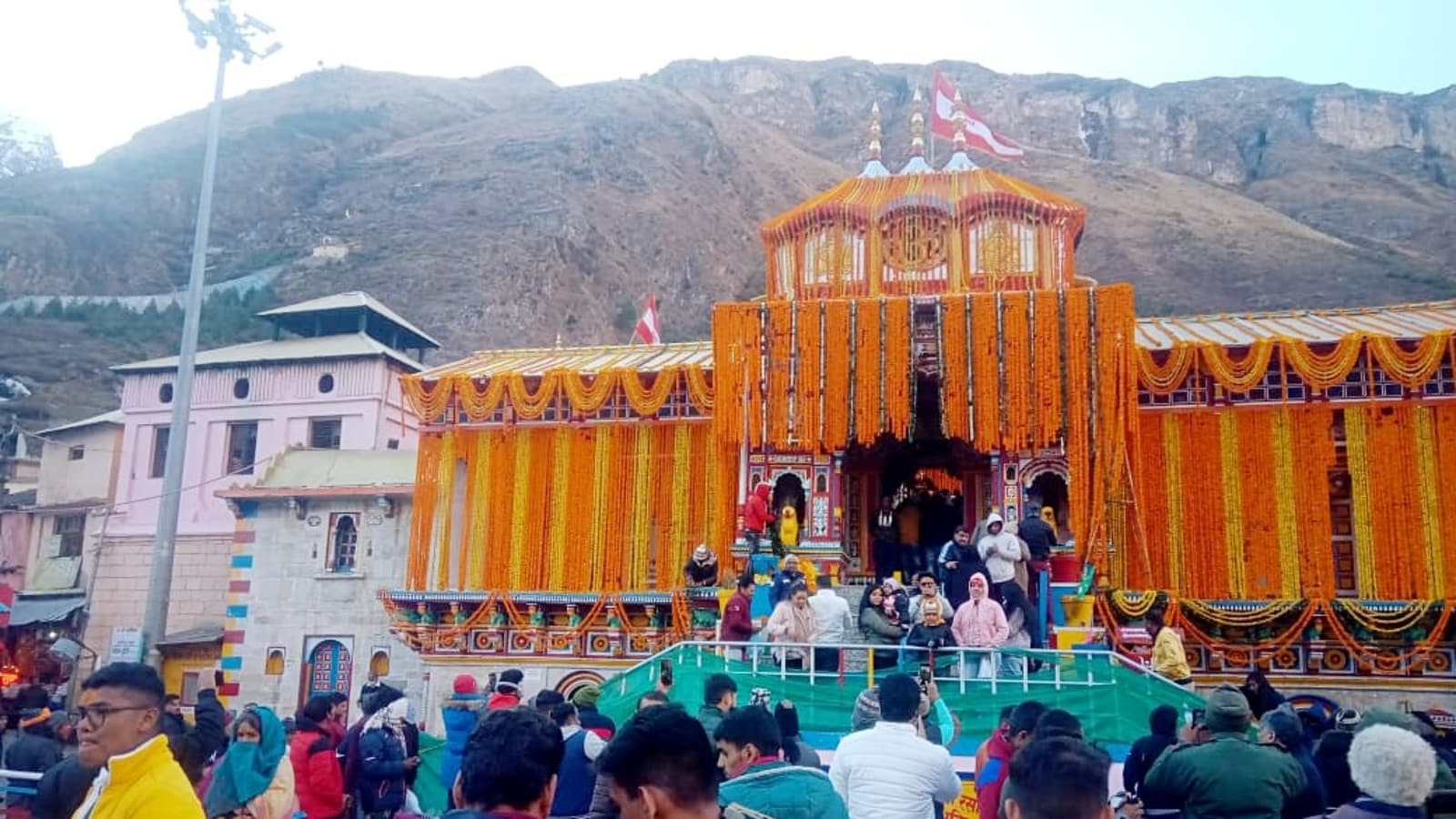 Twenty quintals of marigold, lotus and other flowers were brought to decorate Badrinath temple in Uttarakhand amid grand preparations for its closure ahead of the winter break. The portals of the popular Himalayan temple will shut at 6:45pm on Saturday.

A large number of devotees arrived at Badrinath Dham to witness the annual closing ceremony, which was announced on the occasion of Vijaydashami.

Harish Gaur, spokesperson Char Dham Devasthanam Management Board had earlier informed that the auspicious time for closing the portals of Char Dham shrines was arrived at through astrological calculations by local temple bodies and priests.

More than 1.14 lakh pilgrims have visited Char Dham shrines that began on September 18 this year after the Nainital high court lifted the ban on the pilgrimage. The daily limit of pilgrims at the shrines was restricted to 1,000 for Badrinath, 800 for Kedarnath, 600 for Gangotri and 400 for Yamunotri shrines.

As cases plateau, Delhi to wait before easing Covid curbs

Captain Amarinder seals alliance with BJP ahead of 2022 Punjab assembly...