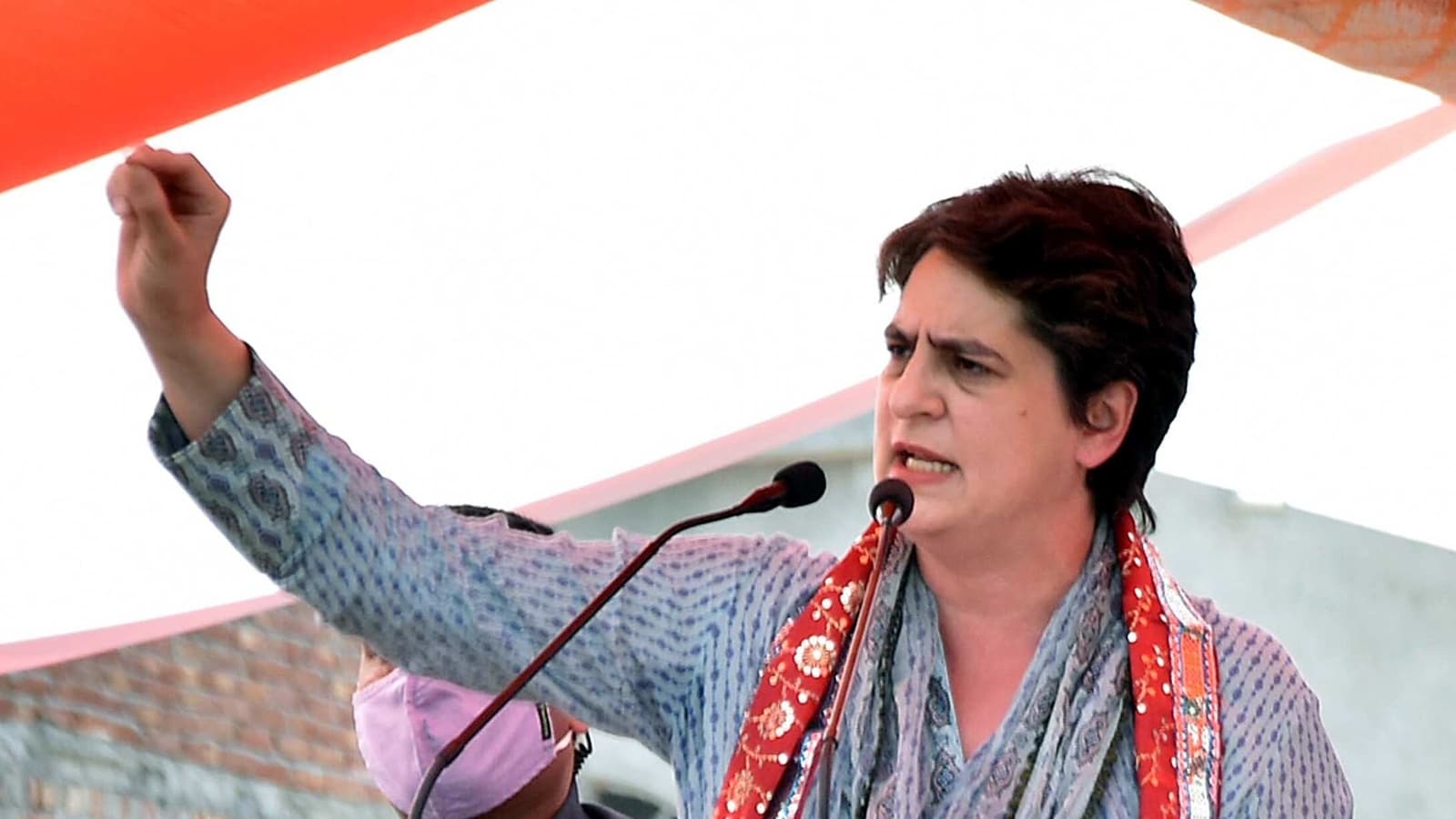 Priyanka Gandhi Vadra, Congress general secretary in-charge of Uttar Pradesh, will on Sunday address a public rally at Gorakhpur ahead of the upcoming assembly elections in the state. The rally comes days after the Congress leader launched her party’s election campaign early this month in Varanasi, where she targetted the reported “failures” of the Yogi Adityanath-led Bharatiya Janata Party (BJP) government in meeting its promises to the people of the state.

The Gorakhpur rally on Sunday is being seen as critical by political watchers since the seat of Gorakhnath Math is considered Adityanath’s area of dominance, and as such, is expected to draw major attention. Priyanka Gandhi’s rally on Sunday also marks the second major Congress event in the Purvanchal region, the earlier being the Varanasi rally on October 10.

Also Read | UP people suffering due to ‘loot’ of electricity bills, will end once…: Priyanka Gandhi

Confirming that the rally was going to be held, a senior Congress leader told Hindustan Times earlier this week that veteran party functionaries – including Uttar Pradesh Congress Committee (UPCC) president Ajay Kumar Lallu – have been camping at Gorakhpur for a while to advocate in support of the rally.

“Yes, Congress will challenge chief minister Yogi Adityanath in his bastion,” said UPCC president Ajay Kumar Lallu. “There is great enthusiasm among the people about the rally.”

The Congress leader said that the party has worked for the sugarcane growers in the Purvanchal region by setting up sugar mills and has also set up canals to take the water of the Gandak for irrigation. He alleged the non-Congress governments of pushing the area on “the path of backwardness”.

Also Read | Can Priyanka Gandhi Vadra revive the Congress in UP?

Notably, the Congress also aims to launch its fourth “Pratigya Yatra” from Gorakhpur after Diwali, with an aim to take the promises made by Priyanka Gandhi Vadra to wide sections of people ahead of the 2022 Uttar Pradesh assembly poll. Among its electoral promises, the party has vowed to provide smartphones to 12th class pass girls, electric scooters to graduate girls, 50 per cent cut on power bills, a waiver on power dues during the Covid-19 period, financial assistance of ₹25,000 for the poor families hit by the pandemic, and up to ₹10 lakh in free treatment at government hospitals for patients suffering from any ailment.

Who will be Delhi’s new L-G? These 4 names being discussed,...

India has 10.3% women in police force: Govt in Lok Sabha

219 step off first flight home: Relieved, but worried for others...