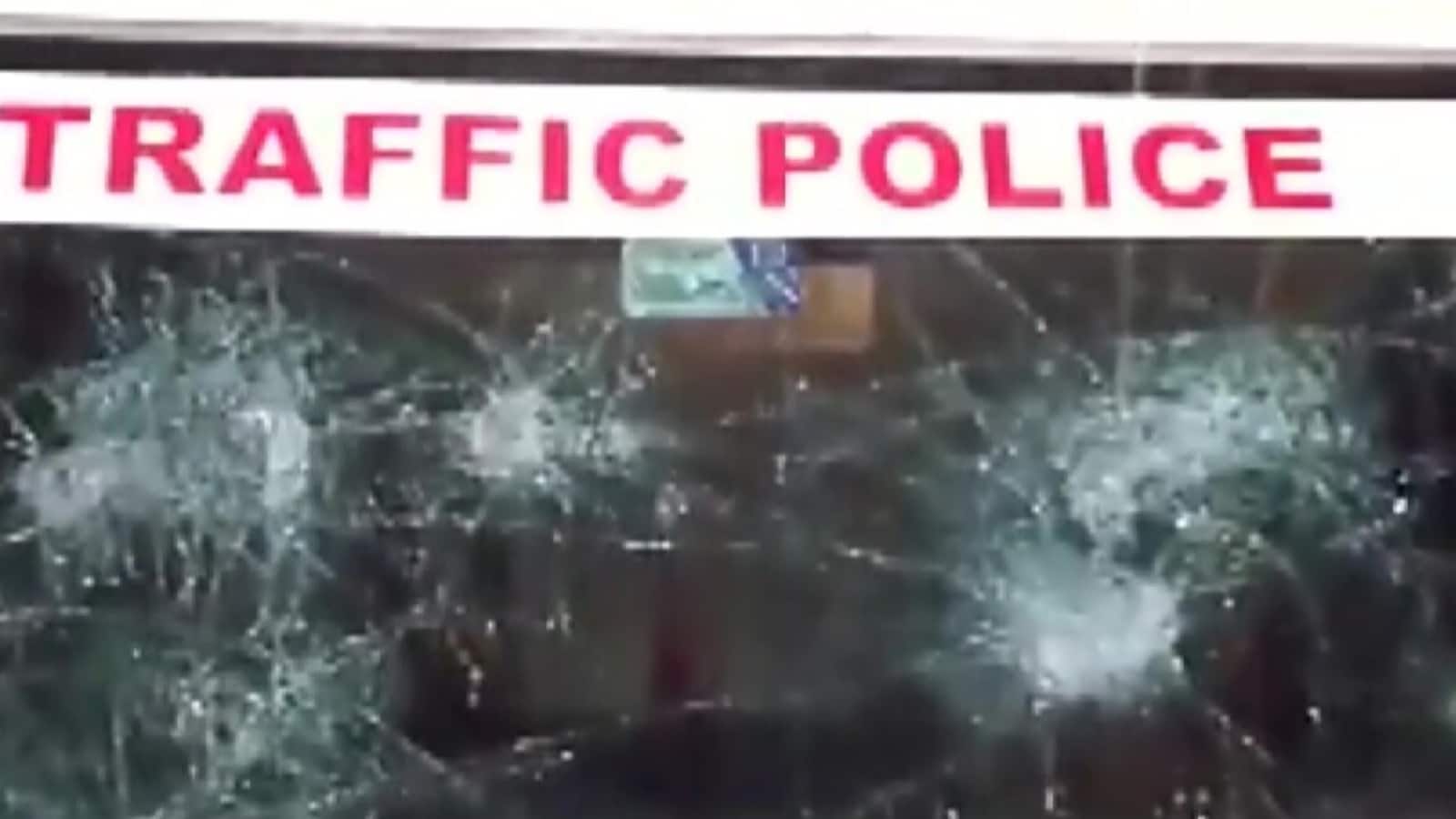 Karnataka’s Belagavi remained on the edge on Saturday, after clashes erupted Friday night between the police and protestors, who were agitating against the alleged desecration of a Chhatrapati Shivaji statue in Bengaluru.

The border town has been a source of dispute between the southern state, and Maharashtra.

Here are the latest developments on the fresh faceoff between Karnataka and Maharashtra:

(2.) Thackeray’s Karnataka counterpart Basavaraj Bommai, meanwhile, said that nobody will be allowed to take law into their hands.

(3.) The Belagavi Police have arrested as many as 27 people who allegedly desecrated a statue of freedom fighter Sangolli Rayanna in retaliation to the Bengaluru incident.

(4.) Prohibitory measures in the district, which were clamped following the violence, have been extended for 24 hours, from 6am on December 19 to 6am on December 20, the police said.

Karnataka | In the wake of protests after the desecration of the Chhatrapati Shivaji Maharaj & Sangolli Rayanna statues last night, a prohibitory order has been extended under Sec 144 CRPC from 6AM on Dec 19 to 6AM on Dec 20 in Belagavi: Dr K. Thiyagarajan, Police Commissioner https://t.co/pmafAddI5l

(5). Protests broke out in various parts of Maharashtra against the purported desecration of the Shivaji statue. Videos emerged on social media of protestors, allegedly from the ruling Shiv Sena, vandalising vehicles with Karnataka number plates, in Sangli.

(6.) Political parties, too, waded into the controversy. The Bharatiya Janata Party (BJP), which governs Karnataka, questioned the opposition Congress if it would question the Shiv Sena, the latter’s alliance partner in the western state.

Shiv Sena Goons have indulged in anti-kannada acts in Belagavi. Our Govt will initiate action against these Goons.

Do they have the courage to stand up for Kannadigas?

(7.) Sanjay Raut, the Sena’s Rajya Sabha MP, condemned what he described as ‘’angering scenes from Bengaluru.’ Raut tweeted: “While on one hand, PM Modi honored Chhatrapati Shivaji Maharaj in Kashi, and on the other hand our Maharaj is insulted in Karnataka.”

(8.) Sambhaji Chhatrapti, a descendant of Chhatrapati Shivaji and a BJP MP, also spoke strongly against the purported defacing. “Let’s not forget that the initial development of Bengaluru happened during Shahajiraje’s rule. Government at the Centre and Karnataka State should take serious action against the culprits,” he posted on Twitter.