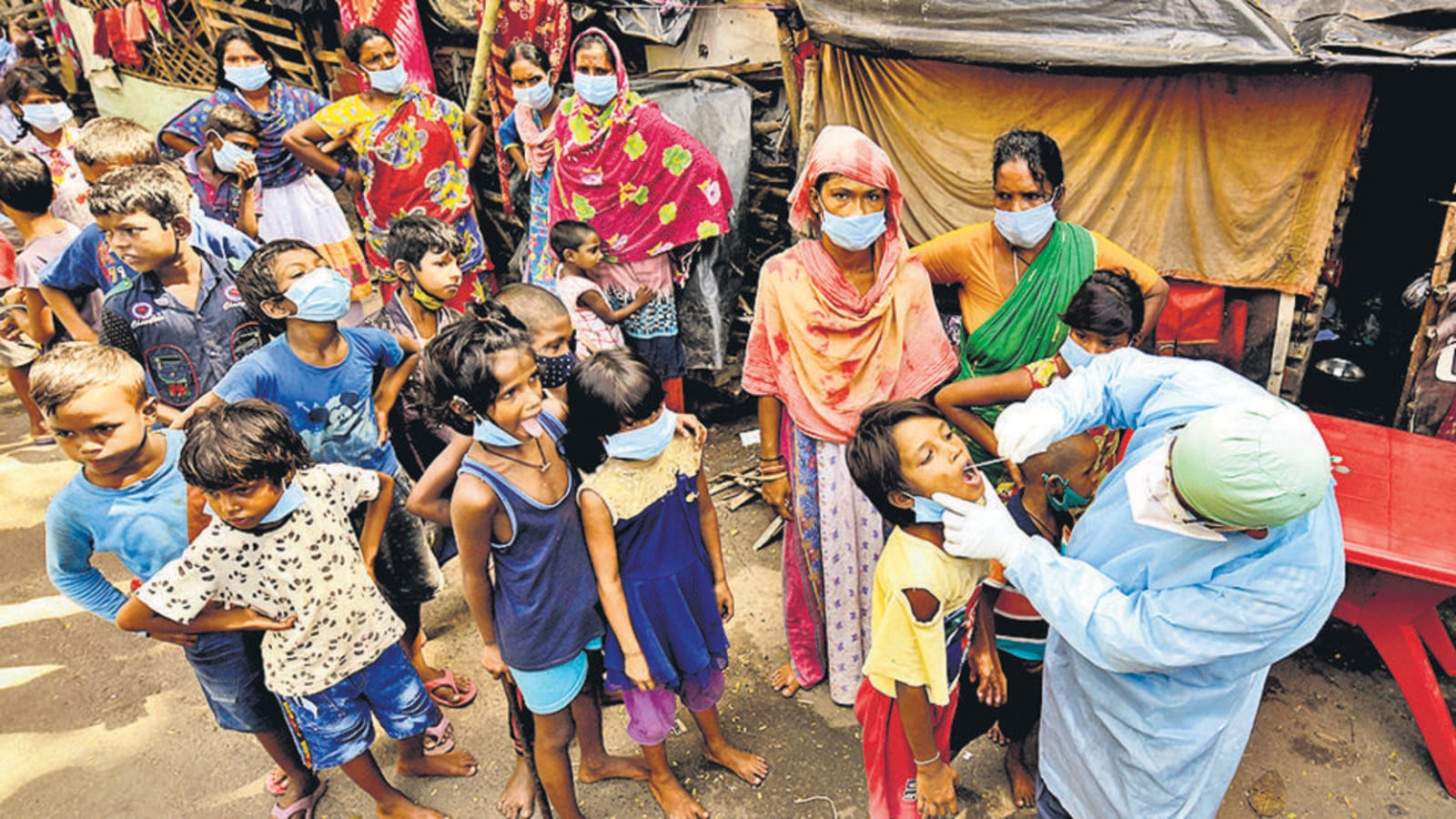 NEW DELHI: The Supreme Court on Monday gave the central and state governments two weeks to report the status of relief granted to children orphaned due to Covid-19 under the PM CARES for Children Scheme after being told that the district magistrates concerned have received 4,148 applications and approved 1,719 requests for coverage under the scheme.

“We want to see benefits reach the children. Till now we are just groping in the dark,” the bench of justices L Nageswara Rao and BR Gavai said, directing the Centre to file an affidavit providing details of steps taken under the scheme and the information on the educational status of these children. The bench also ordered the district magistrates and collectors to ascertain the educational status of all children who are eligible for benefits under the PM CARES scheme.

The top court’s direction came on a follow-up hearing on a suo moto (of its own accord) petition where the court is considering relief for children who were in need of care and protection on account of Covid-19. The court will take up the case next on December 13.

Lawyer Gaurav Agrawal, who is assisting the court as amicus curiae (literally, a friend of the court) complained that no information was available about the children who benefitted from the scheme though it was launched by Prime Minister Narendra Modi on 29 May.

The PM CARES for Children scheme provided for the grant of educational facilities to children who lost both or single parent/guardian due to Covid-19. The children were also entitled to funding to meet expenses for their education, uniform, books along with health insurance cover under Ayushman Bharat till the age of 18 years. When the children turn 18, they will be entitled to a monthly stipend and will get access to a fund of ₹10 lakh when they attain the age of 23 years. The scheme will also cover the interest burden of an education loan for higher studies of the beneficiary.

The bench also considered the plight of street children and directed states to provide information about such children to the National Commission for Protection of Child Rights (NCPCR) on its Bal Swaraj website where a separate link has been created for “Children in Street Situation.”

Agrawal said information on the educational status of these children was necessary as the scheme promises benefits over the long run.

The bench agreed. “It is the duty of states, especially when money is not paid by them, to identify and provide assistance to these children. The District Education Officer should also inform if there are children who have dropped out of school due to financial distress,” the court observed, asking the states to provide this information within two weeks.

Additional solicitor general Aishwarya Bhati, appearing for the Centre said, earlier told the court that out of 4,148 applications received till Sunday, 1,719 have been approved by the district magistrates concerned. She added that bank accounts have also been opened in the names of these children. “If the children have attained 18 years, the account will be opened in their name and if not, a joint account will be opened along with the district officer concerned,” Bhati added.

In an affidavit, NCPCR said the commission has directed states and union territories to share information with regard to street children who are either stay alone or with families on the streets or spend the day on streets while returning in the evening to their families in slums/hutments.

Additional solicitor general KM Nataraj appearing, for the commission said, “The number of children in street situation could be to the tune of 15-16 lakh in the country.”

A recent survey conducted by the non-profit Save the Children found 73,128 street children in Delhi and 52,426 such children in Mumbai. The survey found over 2 lakh street children in 10 cities – Delhi, Mumbai, Pune, Nasik, Kolkata, Howrah, Lucknow, Kanpur, Prayagraj, and Chandauli, spread across four states, Natraj said.

NCPCR recalled that the commission, in November 2020, prepared a standard operating procedure (SOP) for the identification, rescue and rehabilitation of street children. The court directed the secretary of women and development departments in each state to be the nodal officers in implementing the SOP. “The process has to start with immediate action to be taken by DM/Collector for identification of children in street situation and provide information to NCPCR for later stages (specified on Bal Swaraj portal).”

EU special envoy for Afghanistan to visit India next week