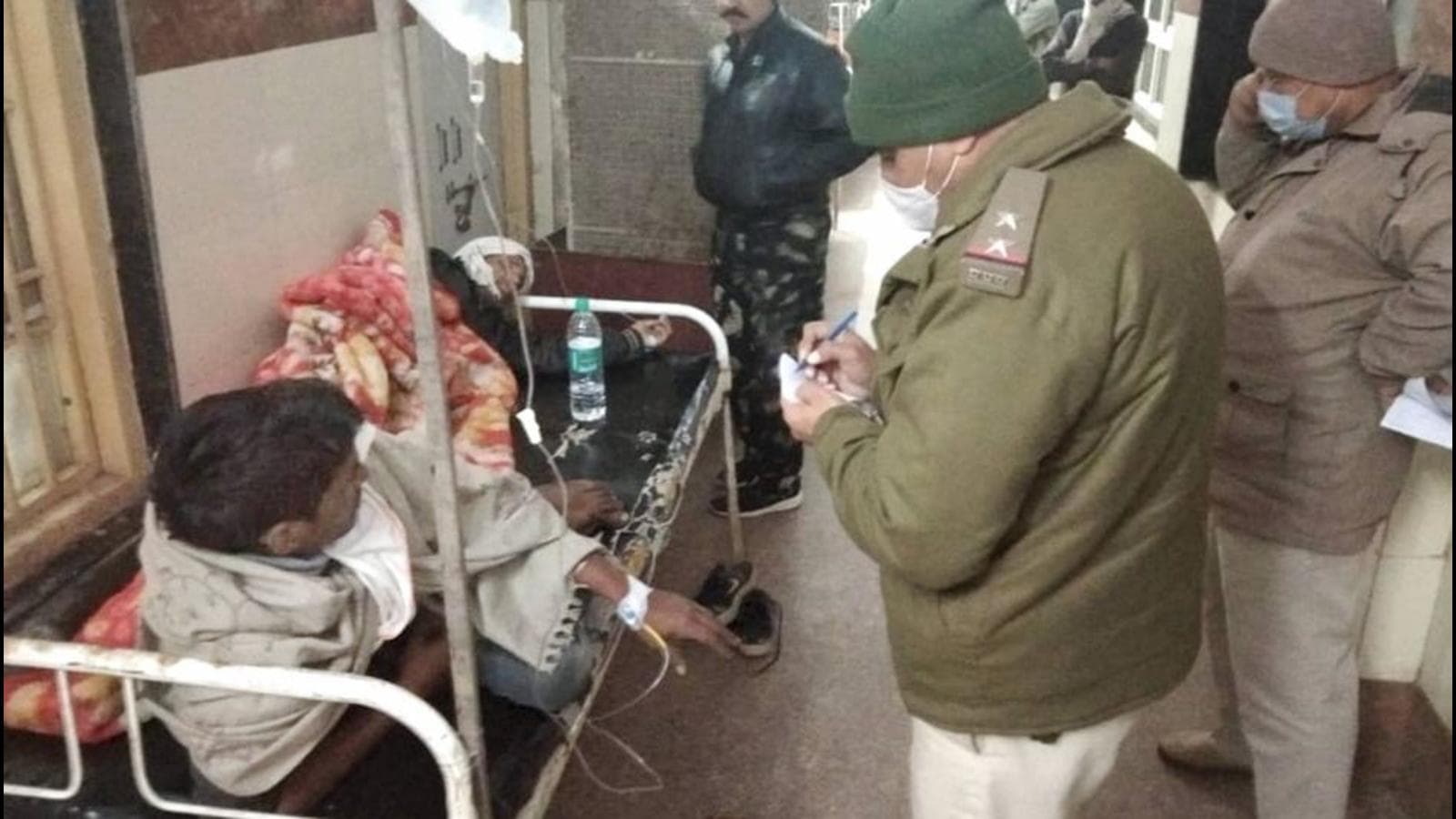 After recent reports of several deaths due to consumption of illicit liquor in dry Bihar and mounting attack from the Opposition on the alleged nexus behind the thriving liquor trade, the Bihar police has launched a coordinated drive against the liquor mafia and raided more than 1300 locations including Muzaffarpur, Samastipur, Gopalganj, West Champaran and East Champaran. Police teams have arrested 823 people in the last 48 hours.

According to a senior IPS official of the state police headquarters (SPH), the liquor mafia have changed their strategy to avoid the risk of smuggling liquor from outside the state and instead have begun manufacturing spurious liquor in Bihar.

He said that the second such incident occurred at Manipur-Narottam panchayat under Kanti police station ahead of the panchayat election scheduled on November 15. A liquor party was organised in the house of a mukhia candidate to lure voters and it went horribly wrong, claiming the lives of six people.

Earlier on October 29, six people had died while some others were in serious condition after consuming suspected spurious liquor at Rupauli village under Saraiya police station. Following the incident, police carried out raids at Rupauli and neighbouring Vishhar-patti village and arrested four people including newly elected ward member Amit Kumar. The liquor party was organised by Amit in one of the victim’s houses identified as Dhiresh Kumar alias Gultu.

Reports from Gopalganj claim that police have arrested 275 people registered 105 FIRs after the death of 13 people at Mahmadpur police station area and seized 34 vehicles. The police also raided the house of one Karan Kumar at Harpur village under Town police station and recovered new wrappers of UP brand IMFL, polythene, pouches and empty bottles.

“After the incident raids have been conducted in several places in the district in which 11 people involved in the hooch tragedy have been arrested,” said Gopalganj SP Anand Kumar, adding that the district administration on Thursday launched an awareness drive among the Chhath Puja devotees and warned them against spurious liquor.

In Samastipur, at least seven people including a BSF personnel and an army jawan died, while six minors were in critical condition and two of them lost their vision at Rupauli, the police arrested 65 people and lodged 32 FIRs so far.

In East Champaran, police have lodged 83 FIRs after the arrest of 92 people and recovered 11,000 litres of liquor including 8000 litres spirit, said SP Navin Chandra Jha.

Police officials said the unscrupulous elements engaged in illicit liquor trade have changed their modus operandi by mixing sedative tablets with spirits to prepare spurious liquor, a reason why it is leading to poisoning and other health problems.

Another new facet in the illegal liquor trade which has emerged, lately in Bihar, is the mushrooming of localised spurious liquor units as IMFL (Indian Made Foreign Liquor) bottles being smuggled from states like Haryana, Uttar Pradesh, Punjab, West Bengal and Nepal has been curbed to an extent due to police crackdown on smugglers.

As per latest police records, 6,852 smugglers from Punjab, Haryana, Jharkhand, West Bengal, Uttar Pradesh and Nepal have been arrested in the last five years since prohibition in Bihar from April, 2016. The cases of arrested people are in different stages of trial with many lodged in different jails in the state, police said.

“The liquor mafia has changed their modus operandi, as bringing Indian made foreign liquor (IMFL) from other parts of the state was proving risky following the arrest of around 6,852 outsiders from Punjab, Haryana, Jharkhand, West Bengal, Uttar Pradesh and Nepal. They have now set up manufacturing units in Muzaffarpur and Gopalganj,” said the official, adding that ever since the liquor tragedy broke out in four districts, more than 800 people involved in liquor trade have been arrested in connection with 698 cases. A joint team of Bihar police and excise officials recovered 16,230 litres IMFL, 4,510 litres country made liquor, 85 vehicles besides mahua seeds and flowers.

The Opposition meanwhile has been attacking the government for its failure to arrest liquor flow in the state due to faulty implementation of the prohibition law, police-mafia nexus and sought its review. Leader of Opposition Tejashwi Prasad Yadav described the recent hooch tragedies as “organised killings” and asked if it was not true that liquor was being supplied through police stations. “What is the result of thousands of meetings to review the impact of prohibition when this is the ground reality? Under whose patronage is the liquor mafia getting by so emboldened,” he asked through a tweet.

Congress MLC and spokesman Premchandra Mishra, too, has been questioning the policy. “It is no more time to review prohibition. The time has come to have a rethink on it, as so many deaths have amply proved that checking smuggling is not this government’s cup of tea,” he added.

However, chief minister Nitish Kumar has been trying to refute them by saying that prohibition in the state was imposed after a unanimous decision of the state legislature and that all should work to make it successful. He has also held review meetings to take stock of the situation and warned that those involved will not be spared. The issue is again likely to generate heat during the forthcoming winter session.

An Expert Explains | Hindus as minority: Govt’s affidavit is consistent...

MS Dhoni hints he will be back next season, talks about...

Ukraine war and pandemic force nations to retreat from globalisation

Amid fear of national energy crisis, government to turn to imported...