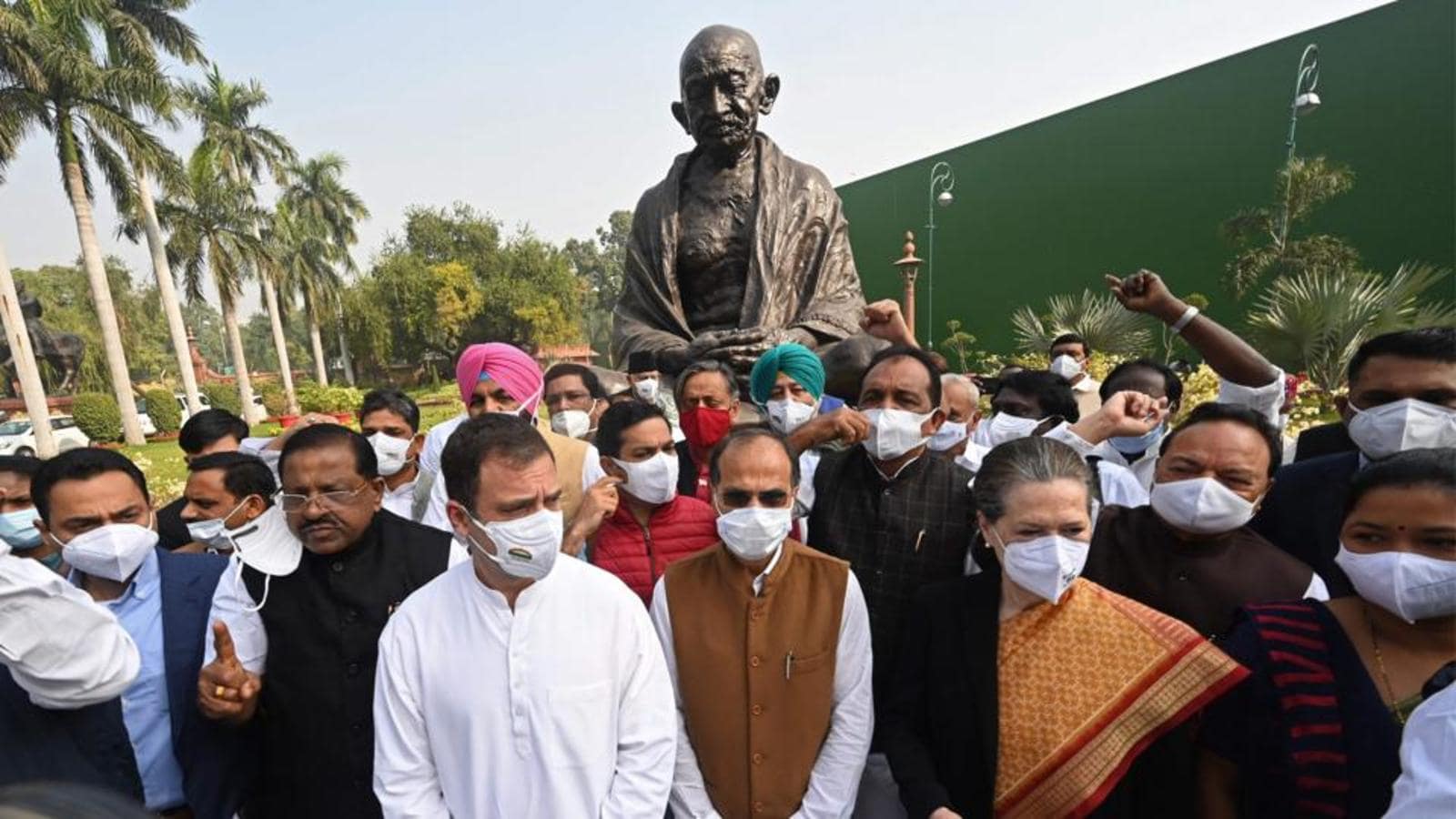 The Lok Sabha passed the Farm Laws Repeal Bill 2021 without discussion as soon as the lower House opened for proceedings on the first day of the ongoing winter session of Parliament on Monday.

The House was adjourned till noon soon after it met because of sloganeering and disruption by the Opposition.

On November 19, Prime Minister Narendra Modi had made a surprise announcement to scrap the three farm laws after a year of protests by farm unions, which said the laws hurt their interests.

Accordingly, the Cabinet had cleared the Farm Laws Repeal Bill 2021 to be tabled in Parliament.

The government and the Opposition differed on having a discussion on the farm laws repeal Bill during a meeting of the business advisory committee of the Rajya Sabha.

The three laws were aimed at bringing more corporate participation in farm trade. They eased curbs in the trading of farm produce, allowed traders to stockpile large stocks of food for future sales, and laid down a national framework for contract-farming based on written agreements.

Farm unions say the legislation would have left them at the mercy of large firms.

The decision to scrap the laws came ahead of state elections in Uttar Pradesh, the country’s most populous, bellwether state, and Punjab, where farmers are an influential voting bloc.

The Opposition will get a chance to speak on minimum support prices (MSPs) and other issues during the course of the session, he said.

Diplomat Pradeep Rawat made next envoy to China: MEA