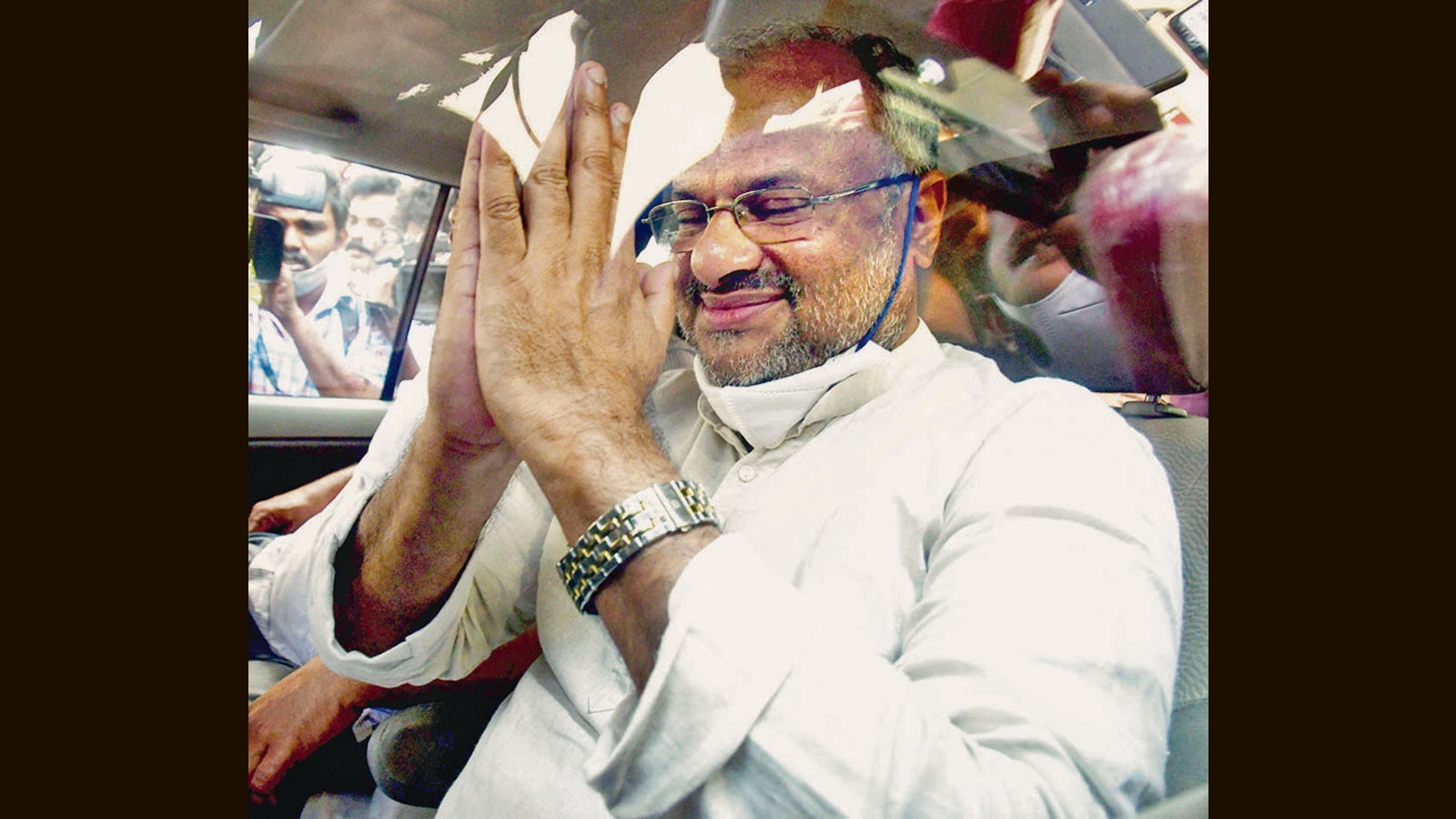 A Kerala court on Friday acquitted former Jalandhar bishop Franco Mulakkal, who is accused of raping a nun 13 times over three years in a convent, citing lack of evidence in a case that shone a spotlight on violence against women in religious institutions.

The unexpected verdict sparked a wave of condemnation, with supporters of the victim saying they will move the high court.

Kottayam additional district and sessions judge G Gopakumar said the prosecution failed to produce adequate evidence against the accused during the three-year-long trial.

“It is difficult to separate chaff and grain. Prosecution also failed to back its contentions with evidences,” the judge said in the 287-page verdict.

Mulakkal, 57, was accused of raping the woman 13 times between 2014 and 2016 during his visits to a convent in Kuruvilanghad in Kottayam, when he was the bishop of the Jalandhar diocese of the Roman Catholic Church. The woman, 44, is a member of the Missionaries of Jesus, a congregation under the Jalandhar Diocese.

Soon after the verdict was announced, a visibly relieved Mulakkal hugged his followers and lawyers.”Praise the Lord,” he said. “Lord is supreme, truth prevailed,” he told reporters. His supporters, who were present outside the court, also distributed sweets amid loud chants of “praise the lord”. Later, he conducted a holy mass at a church in Kottayam.

In a brief statement in Malayalam, the Jalandhar diocese thanked those who believed in Mulakkal’s innocence.

B Raman Pillai, who led Mulakkal’s legal team, said the prosecution case was very weak and the investigation poor.

A group of nuns of the Kuravilangad Convent in Kerala, who helped the victim, said they couldn’t believe the verdict.

“We will fight it out till the end. We are ready to die to uphold our cause. Till the end, everything was fine and we have no idea what happened later. We will stay at the convent as we are not scared of our death,” said a teary-eyed Sister Anupama, who was the public face of the years-long battle. She alleged that the trial court refused to hear hapless wails of a victim who can’t even speak loud.

“The verdict is unbelievable. It is wrong to say there are not enough evidences and we conducted the investigation most scientifically. We are really disappointed and we will go in for an appeal immediately,” said former police superintendent of Kottayam, S Harishankar, who supervised the investigation.

“The outcome is really shocking and we never expected this,” said public prosecutor Jithesh Babu. But defence lawyers said most of the charges were trumped up without any evidence and they fell flat in the end.

Extending support to the nun, National Commission for Women chairperson Rekha Sharma tweeted: “Shocked at the judgment of Kerala Addl. dist and session court. The victim nun must go to high court. NCW is with her in this fight for justice”.

The rape case against the Bishop was registered by police in Kottayam district on June 29, 2018.

In her complaint to the police, the nun had alleged that she was subjected to sexual abuse by Franco between 2014 and 2016. The case attracted national attention after five fellow nuns staged a two-week sit-in protest in Kochi, seeking action against the bishop.

In September 2018,the Special Investigation Team which probed the case arrested the Bishop and charged  him under relevant sections of the Indian Penal Code, including 376 (2) (indulging in sex by exhorting authority), 342 (wrongful confinement) and 506 (criminal intimidation) and unnatural sex (section 377). During the course of the trial, Mulakkal approached the high court and Supreme Court with discharge petitions, but both were turned down. Later, he was removed from the post of bishop by Vatican.

Trial in the case, which started in November 2019, concluded on January 10.

Man who claims to be Sushant Singh Rajput’s fan arrested for...