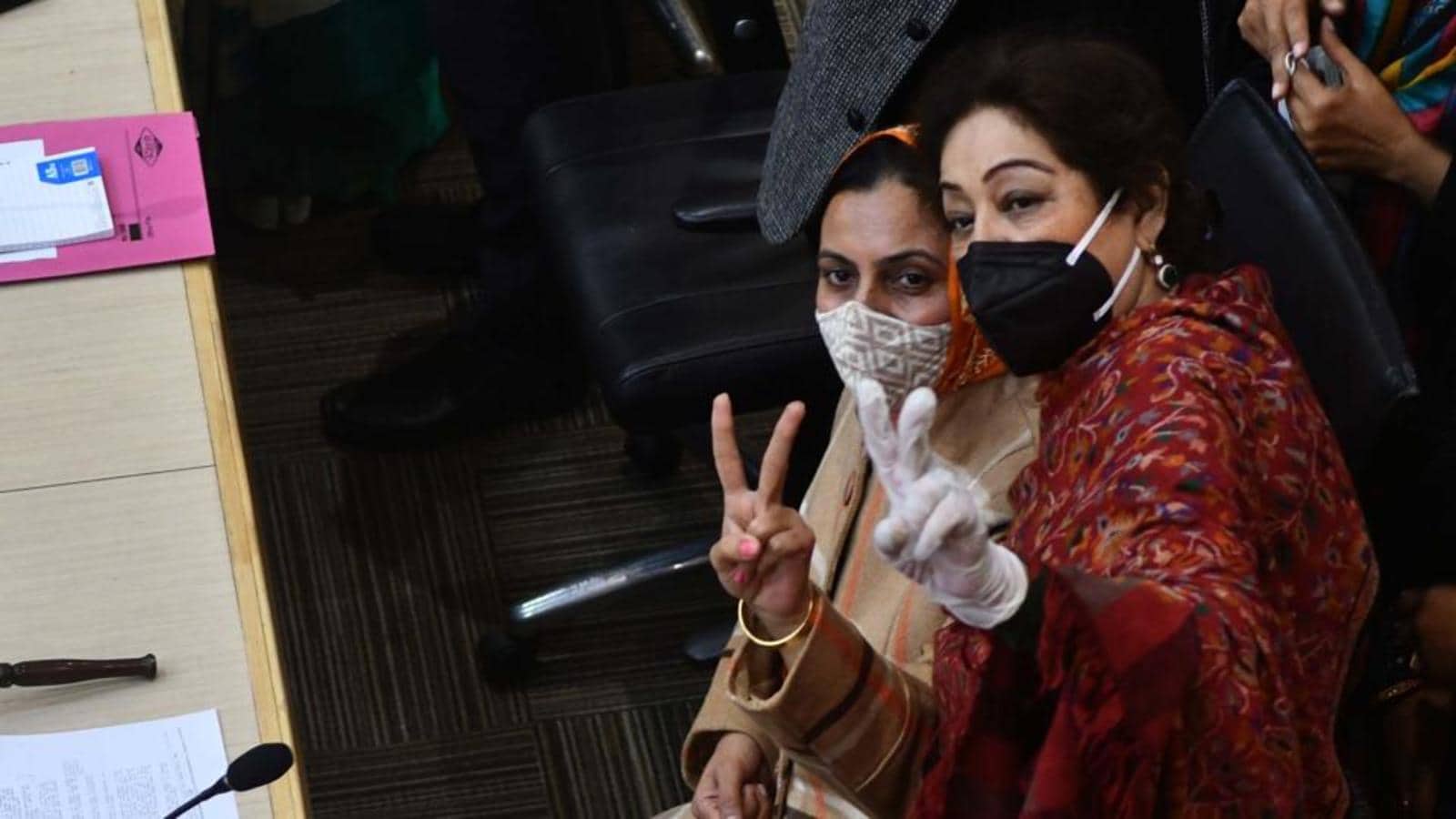 Seven councillors of the Congress and the lone member of the Shiromani Akali Dal (SAD) in the 35-member Chandigarh Municipal Corporation abstained from voting.

While Dhillon got 14 votes, Katyal managed 13 votes and one vote was declared invalid.

The results of the Chandigarh civic body polls, which were declared on December 27 last year, threw up a hung House, with the AAP winning 14 of the 35 wards in the first election of civic body. The BJP won 12 seats, Congress eight while the SAD got one.

The BJP’s vote count in the House increased to 13 after Congress’s Harpreet Kaur Babla, the wife of party’s former Chandigarh vice-president Devinder Babla, alongwith him, joined the BJP on January 2.

One more vote for the BJP came from city Lok Sabha MP Kirron Kher. Both the BJP and the AAP had 14 votes each in the House. However, the declaration of one vote as invalid tipped the scales in the BJP’s favour.

A senior official familiar with the development said, “There was double marking on the ballot paper. One was the official stamp, and another a tick mark on the backside of the paper. Any other marking other than official stamp makes it an invalid vote.”

Soon after the result was declared, AAP councillors created ruckus in the House and resorted to sloganeering. Eventually, police were called in to remove them.

“The BJP and the Congress came together (to defeat AAP). One councillor shifted to the BJP and then the MP was allowed to vote for which there is no provision. AAP with highest number of councillors should have its mayor as per rules,” claimed Raghav Chadha, AAP’s Punjab unit co-incharge .

Chadha’s claims, however, was contrary to the provision under Section 38 of the Punjab MC Act, 1976, as extended to Chandigarh. It says an MP can vote in mayoral elections and if there are two candidates, the person with 50% and more votes of the total strength of the House is declared the winner.

Sarabjit Kaur Dhillon, a councillor from ward number 6, is the wife of former councillor from the same ward Jagtar Singh Dhillon. They live in Mani Majra. Dhillon, who has studied till BA second year, entered politics after her husband’s ward was reserved for a woman candidate.

“I am mayor of the entire city not of a party; and will try and take all the parties along. My first priority would be to improve city’s ranking in Swachh Survekshan,” Dhillon said.

In Chandigarh Municipal Corporation, of the five-year term of the House, the mayor’s seat during the first and fourth years is reserved for women.

In the previous term of the House, elections for which took place in 2016, the BJP won 20 of the 26 seats. The House’s strength increased to 35 after delimitation in 2020.

The BJP has also won the senior deputy mayor and deputy mayor seats. The Congress and SAD abstained from voting in both the elections as well.

BJP’s Dalip Sharma became the senior deputy mayor defeating AAP’s Prem Lata. Out of the total 28 votes polled, Sharma got 15 while Lata managed 13 . Interestingly, one vote from the AAP also went to the BJP candidate.

BJP’s Anup Gupta was declared the deputy mayor through a draw of lots after he and AAP’s Ram Chander Yadav got 14 votes each.

Did Biden do a handshake in thin air or gesture to...

Day 16: Ukraine says 78 children have been killed since Russia...

Many people abandoning pets as they leave Hong Kong over COVID...

BJP chief Nadda to visit Telangana, Kerala on May 5-6, to...

ISL 2021-22 Final Live Streaming: When and where to watch