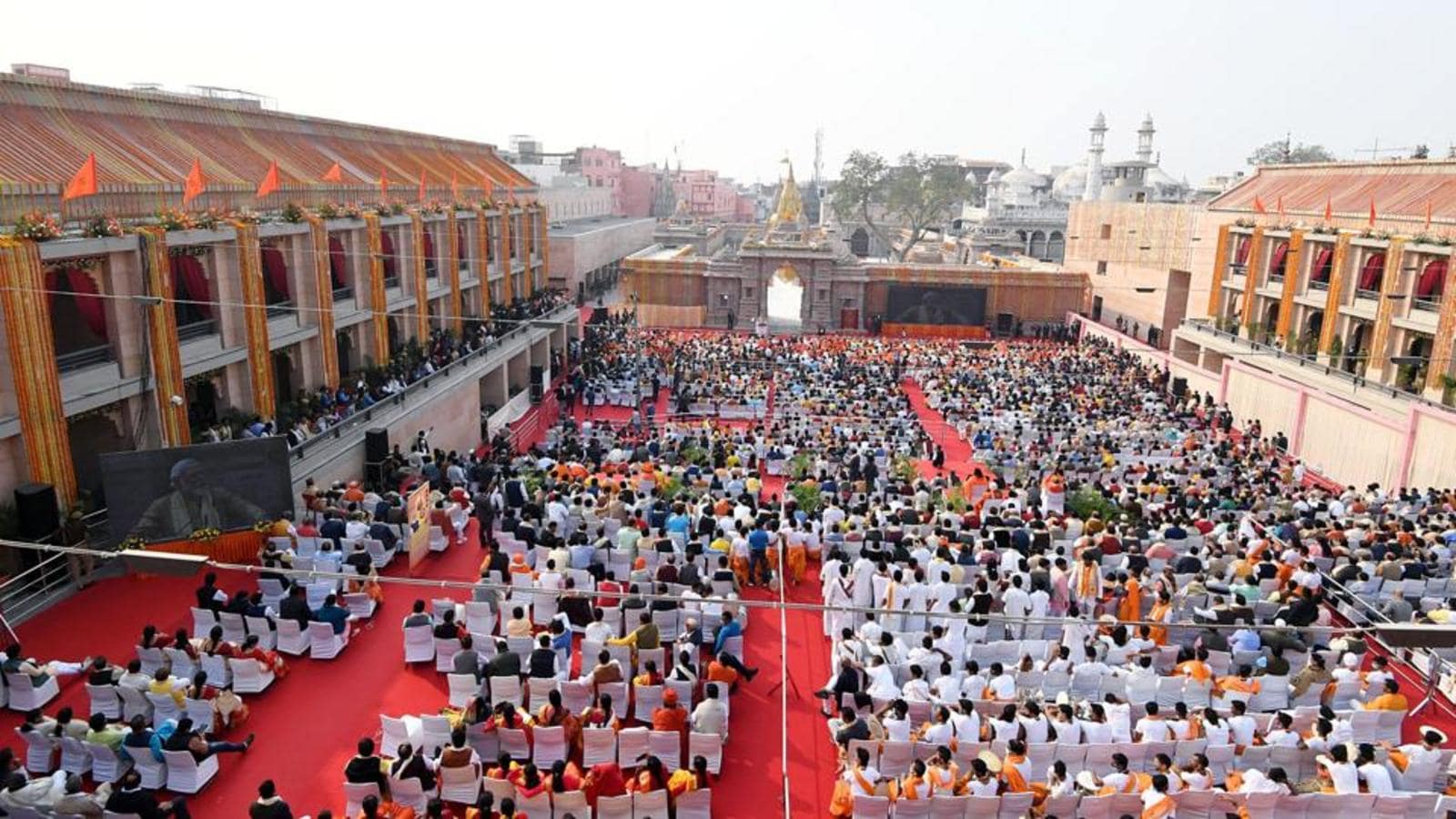 New Delhi: The Bharatiya Janata Party (BJP) on Monday organised programmes at various temples across the country to celebrate the inauguration of the Kashi Vishwanath Corridor by Prime Minister Narendra Modi, with Union ministers calling the event “historic”.

In New Delhi, Union home minister Amit Shah said the PM had done unique work to revive the pride of the faith centres as the carrier of Indian culture and the protector of religion.

“Kashi, the city of Baba Vishwanath, has been a shining symbol of sanatan (ancient) culture for centuries. Today, Prime Minister Narendra Modi ji has written a golden chapter in the history of Indian culture by launching the grand form of Kashi Viswanath dham while re-realising his unique devotion to religion,” Shah tweeted.

Union minister Piyush Goyal visited the Birla temple in Delhi and heard hte PM’s speech in Varanasi. “Kashi now will sparkle in its traditional charm and will present country’s history and culture,” he tweeted.

Finance minister Nirmala Sitharaman tweeted: “The reconstruction of this Dham started in…2018…In its history, the temple alone was renovated many times…this is the first time the entire Vishwanath Dham has been rebuilt successfully. What PM Modi has done is phenomenal.”

“PM Narendra Modi by inaugurating Kashi Vishwanath Dham programme today has added a new chapter in country’s cultural history. I thank PM from bottom of my heart for this,” Union defence minister Rajnath Singh tweeted. In another tweet, he said, the PM’s name will be remembered any time someone mentioned Kashi Vishwanath.

“Because of Prime Minister Narendra Modi’s leadership, the country is full of undefined energy and self-confidence. Without doubt, under your guidance the Indians will overcome every impossible challenge,” Madhya Pradesh chief minister Shivraj Singh Chouhan tweeted.

In Madhya Pradesh, the BJP organised functions called ‘Divya Kashi Bhavya Kashi’ in different districts of the state, where live telecast of the inauguration and series of events by the PM was broadcast on big screens. In Tripura, BJP leaders performed special prayers at 150 temples.

“This is the beginning of a new era,” Sharma said and added that the PM had shown new path on how to save culture and tradition with development.

Modi reached the corridor by boat around noon, took a dip in the Ganga and offered prayers, before carrying holy water across the roughly 500m corridor and dedicating the complex, comprising 24 buildings built over 550,000 square feet, to the nation. In the evening, he watched the Ganga aarti from a boat at Dashashwamedh Ghat.

‘If Modi was sincere’: Owaisi slams Centre for acting like ‘Mohalla...