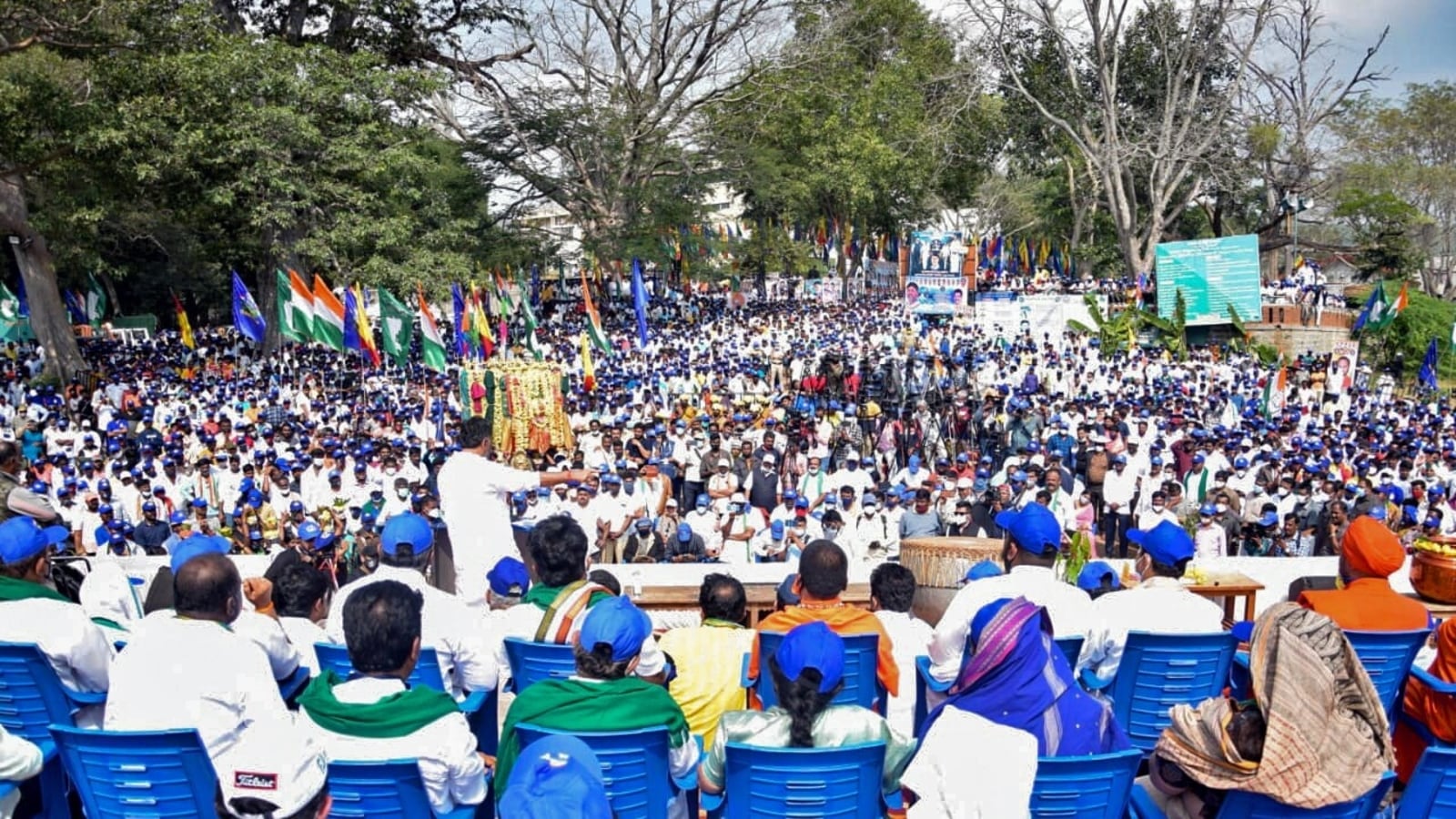 According to reports, after the inauguration of the Mekedatu padyatra, Siddaramaiah returned to Bengaluru after complaining of slight fever.

Karnataka BJP on Sunday slammed Congress over its Mekedatu padyatra and sharing a purported video of state Congress chief DK Shivakumar coughing, it called Congress a ‘superspreader’. “Watch Congress president DK Shivakumar coughing in public during his fake protest for Mekedatu dam. It appears that he is having Covid-19 symptoms but is still interacting with Congress workers without a mask. Is he hell-bent on increasing Corona cases?” the official handle of Karnataka BJP tweeted.

As visuals of the padyatra with people teeming emerged, Karnataka chief minister Basavaraj Bommai said action will be taken according to the law against the Congress leaders for going ahead with their march, demanding the implementation of the Mekedatu project across the Cauvery river.

The Congress today began its 10-days padayatra from Mekedatu to Bengaluru, at a time when the Covid-19 infections are again on the rise. The situation in Karnataka is concerning with daily cases galloping. The government has imposed a weekend curfew and there are strict restrictions on any kind of gathering in the state. All these restrictions are in place till January 19.

Led by DK Shivakumar and Leader of Opposition in the State Assembly Siddaramaiah, the padayatra with the theme ‘Namma Neeru Namma Hakku’ (Our water, Our right) began at the Sangama, the confluence of Cauvery and Arkavathi rivers in Kanakapura in Ramanagara district. Senior Congress leader Mallikarjun Kharge was also present at the inaugural event.

According to reports, after the inauguration, Siddaramaiah returned to Bengaluru after complaining of slight fever.

“Senior Congress leader Siddaramaiah returns from his party’s fake Mekedatu protest citing fever. Is he faking his fever or is he really having symptoms of Covid-19? Isn’t Congress putting the lives of Kannadigas at risk for its political survival?” the BJP took a dig.

PM Modi to address the nation today in 1st episode of...

Will Smith clicked at private airport in Mumbai after Oscars controversy....