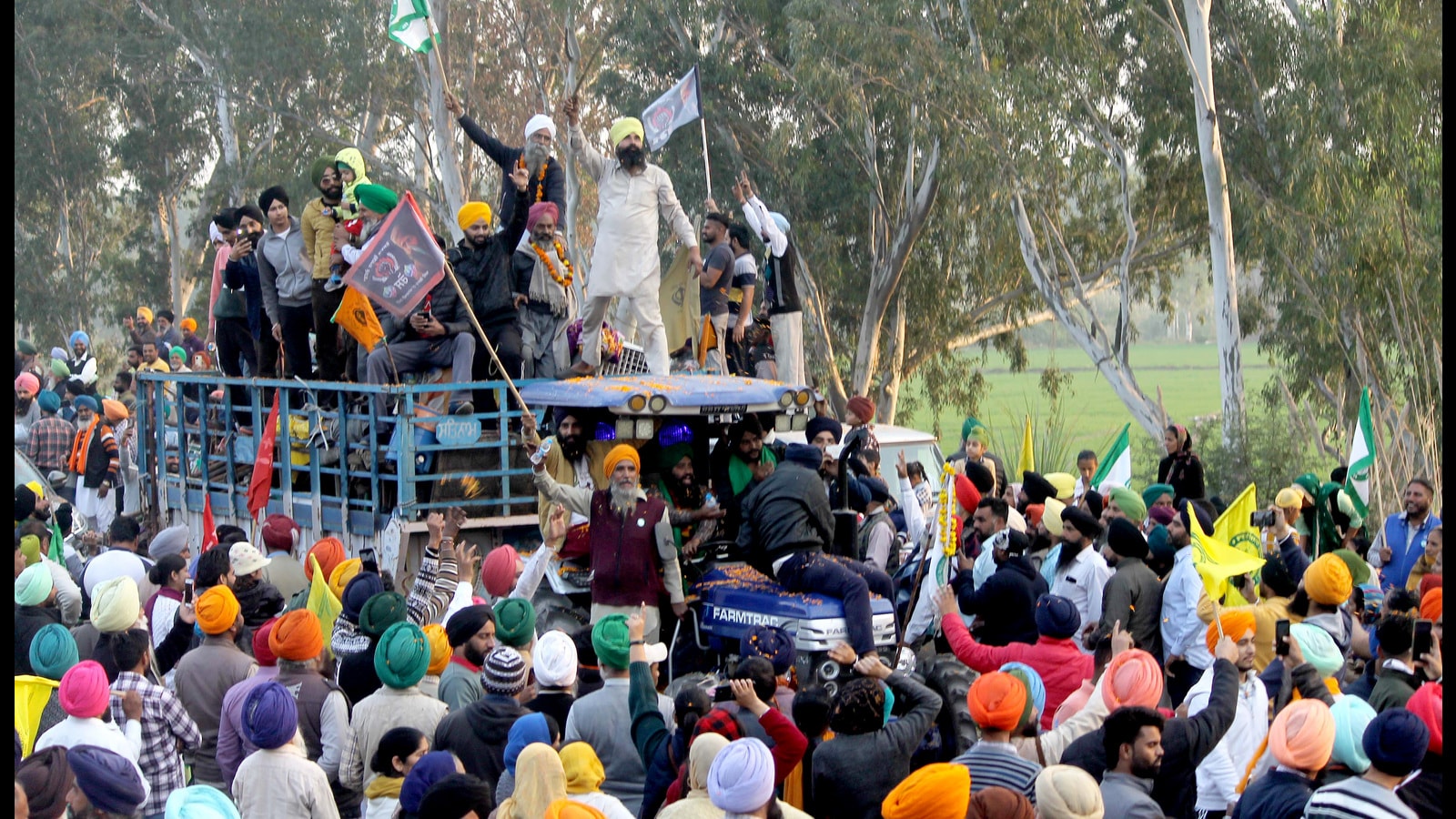 Scores of farmers from across the three protest sites at Delhi’s borders dismantled their tents, bundled up their belongings and began the journey home while singing, dancing and cheering atop their tractors on Saturday, after a successful culmination of their yearlong sit-in against the three contentious farm laws.

Thousands of farmers from UP, Haryana, Punjab and parts of Rajasthan have been camping at national capital’s borders — Singhu, Tikri and Ghazipur — since November 26 last year to protest the three contentious farm laws that have now been scrapped by the Centre.

On November 19, Prime Minister Narendra Modi announced that his government was repealing the contentious laws and Parliament scrapped them on November 29. The compromise between the Centre and protesting farm unions came 11 rounds of tenuous negotiations.

The end of the agitation also came as a relief to local residents in the areas where the protests were being carried out. Many locals said they supported the protesters by providing them fresh produce, vegetables and milk, but pointed out that they also bore the brunt of the traffic diversions and blockades.

Dr Vijay Arora, who lives near the protest site at Tikri, said that farmers have been cooperative with the local residents and never misbehaved. Arora said that the area reverberated with slogans and music over the last year and it would take some time to get used to seeing the stretch without its brimming crowds. “Initially, we were fearful that the farmers might create a nuisance. However, they were quite cooperative. They have a right to protest and I am happy that they succeeded in getting their demands fulfilled,” said Arora.

Many residents in Singhu village, however, expressed relief at the possibility of fewer traffic diversions and called for urgent repair of the damaged roads.

Manoj Gupta, a resident of Singhu village, said that while he supported the farmers’ protests, the village roads have crumbled under the influence of heavy traffic. “The entire highway traffic has been passing through the narrow village roads. Our mohallas have been turned into national highways and even kids cannot play safely. We support the farmers and their cause but we hope to now get relief from our situation,” he said.

Some of the traders also hoped that their business will be restored after the farmers vacate the road stretch, with some highlighting the loss of at least 50% of their revenue earnings due to the protest over the last year.

“So many factories in the Kundli industrial areas have closed down. Even we could not bring cards for pick-up and drops of couriers so we started using motorbikes for transportation. Now that the highway will be reopened, we hope to resume our business operations at full scale,” said Sunil Kumar (27), who runs a courier service near Singhu border, adding that he has witnessed 50% reduction in his business during the protests.

Kundli is an industrial area where many factories, vehicle showrooms, warehouses, stores and shops are located.

Another trader, Sukhbir Saini, 38, who has been operating a fast food stall at Singhu border for the last six years, stated that his business was suffering. “The farmers were operating free langar sewa. The number of labourers in the area went down drastically due to the pandemic and farmers’ protests and the remaining ones started eating in the langars. The eateries in the area were forced to shut down as there were no customers. We did not even have 10% of the old business level and I was unable to pay the rent. I hope with the reopening of the road, we will be able to reverse our fortunes,” Saini said.

The street vendors of the area, meanwhile, said they benefited a lot from the huge gatherings due to the protest. Chandrabhan Singh (42), a  woollen clothes vendor from the Rajasthani colony in Kondli, said that he has been visiting the protest site for the past year. “The number of people living here went down drastically in the last few months. The hustle and bustle have reappeared over the last 15 days. It has been like a workplace for me during the last year. We will start finding some new market from next week,” Singh said.

Vindsh Arora (44) a Rajouri Garden resident who has been selling flags, badges and memorabilia related to the farmers’ movement, said that he rented out two rooms to start his business near the protest site in December 2020. “Usually, we focus on election states to sell our materials but the farmers’ protest site has been like a home to me. Barring the 26th January incidents, the protest has remained largely peaceful. We will close down our operations now,” he added.

(With inputs from Sadia Akhtar)