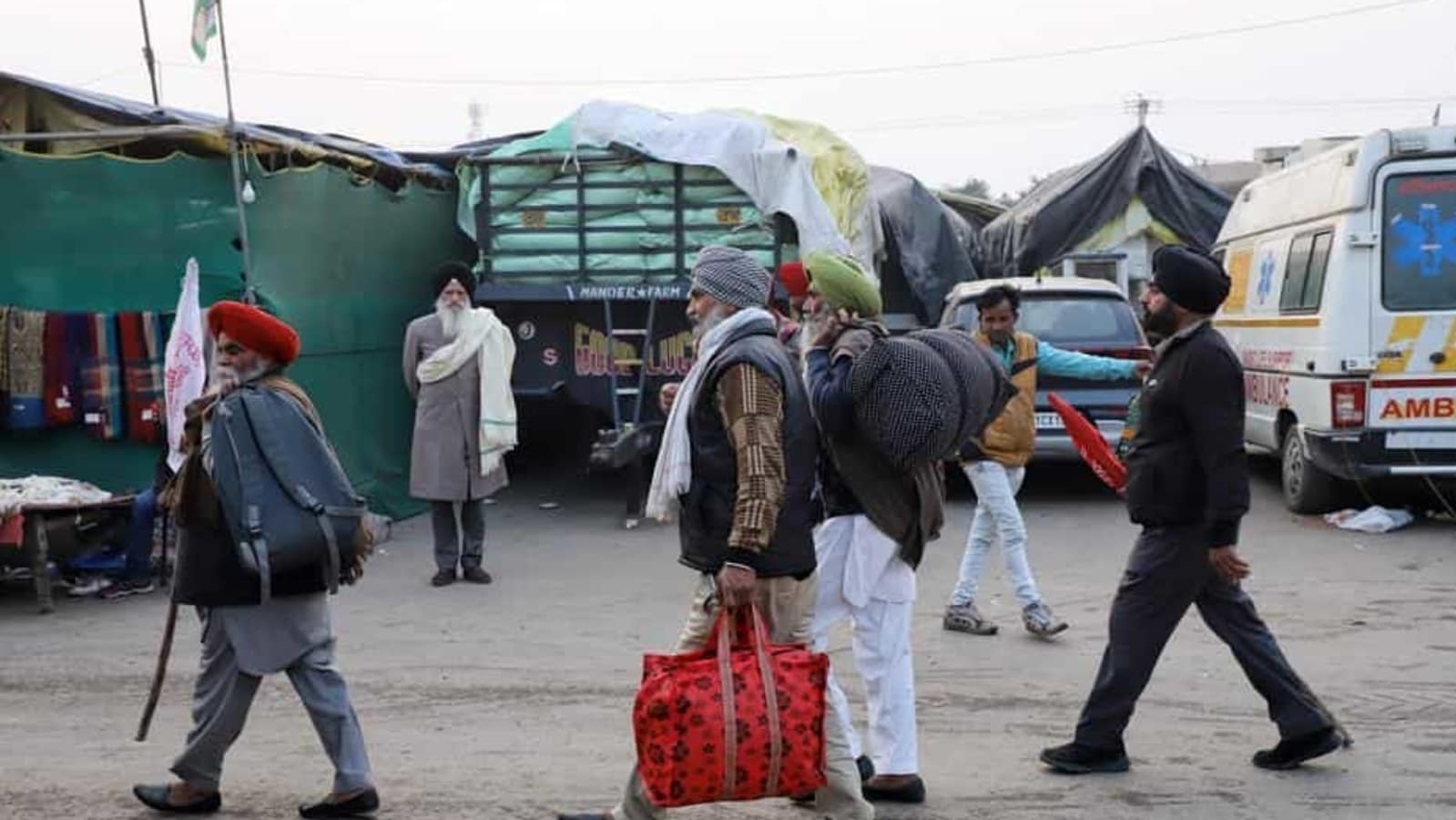 With farmers set to depart Delhi’s border points after nearly 13 months, activity has picked up at the Singhu and Ghazipur borders, where more trucks and tractor trolleys arrived on Friday.

Most farmers will set off for their homes at 9am on Saturday.

Farmers said the UP Gate protest site, meanwhile, will be completely cleared by December 15.

The trucks that entered the borders were mostly empty, and were later loaded with tents, clothing and food, which sustained langar (community food) services.

Farmers said they will not all leave at once on Saturday morning, in order to avoid chaos, and that some will stay back to clear the area. Others, meanwhile, said they have to wait for more tractor trolleys to arrive.

“The larger tents will take a day or two to dismantle and we will need at least two trucks to take our belongings back,” says Harpal Singh, from Amritsar, adding that people from his village have already left for Delhi.

Bhajan Singh, a member of Prabandak committee at Singhu Border, said farmers were instructed to try and send a majority of their belongings in trucks on Friday itself, with a joint march on tractors and trucks to be carried out on Saturday morning.

“The extra day was for us to pack our belongings, dismantle tents and prepare for Saturday. While a majority of us will be able to leave, it may take another day or two to completely clean up the area,” he said.

“Not all of us will leave together either as this may create chaos, but trucks will leave at regular intervals. The end-goal is to reach Golden Temple on December 13,” he added.

Prime Minister Narendra Modi announced on November 19 that his government would abandon the contentious laws and Parliament repealed them on November 29.

The SKM signed off on a final letter from the Centre on Thursday that contained key steps forward.

“Most of our belongings have been packed and only a handful of the larger tents have been kept intact so that people can sleep the night there. The food, which was in several hundred kilos has also now been loaded in trucks,” said Kultar Singh from Sirhind in Punjab.

“We have started packing up our stuff and are happy that we will soon be reunited with our families. The agitation was a success only because it was a collective effort — several of our brothers lost their lives during the course of the agitation,” said Puran Singh, a farmer from Lakhimpur Kheri in Uttar Pradesh at the UP Gate protest site.

Should you consume ghee on an empty stomach? This is what...

Legislative Council elections in Uttar Pradesh: Where BJP lost & to...