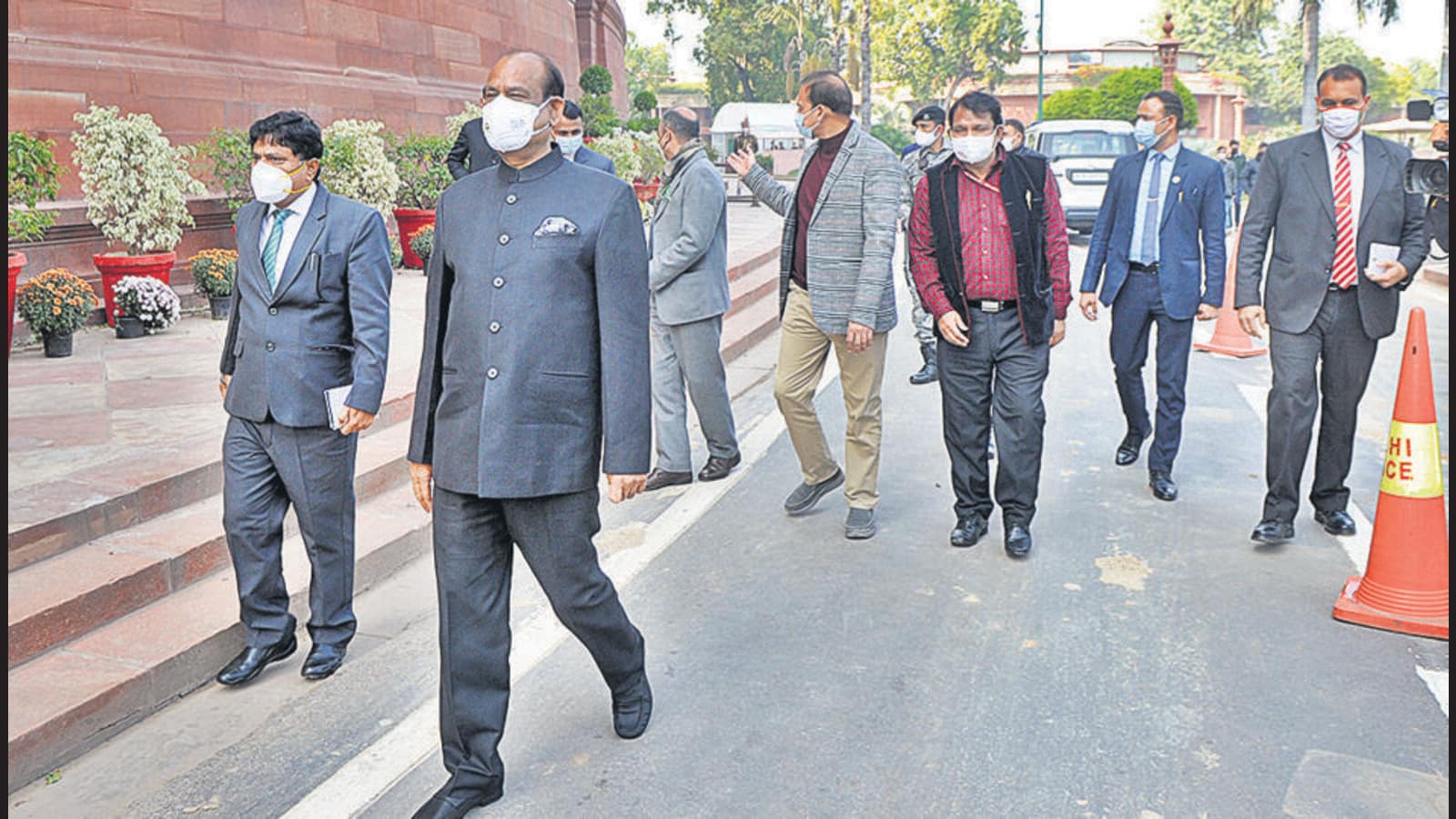 Parliament will meet from January 31 to April 8 for its crucial and the longest annual session — the budget session — in the backdrop of the third surge of the Covid-19 infections.

There will, however, be a long recess in between, from February 11 to March 14, according to a note from the Union parliamentary affairs ministry circulated on Friday. This recess period roughly coincides with elections in five states that will run in seven phases starting on February 10, with the results to be announced on March 10.

The general budget will be presented on February 1 after the President’s address to the joint sitting of both Houses on the inaugural day. The Economic Survey will also be presented on January 31.

Top officials of the two Houses have started exploring options, including a staggered timetable for the Rajya Sabha and Lok Sabha, and a highly dispersed seating arrangement for the MPs for the upcoming budget session. A final decision on the arrangements will be taken around January 25 or 26, when Rajya Sabha chairman Venkaiah Naidu and Lok Sabha Speaker Om Birla meet over the issue, the officials said.

But the length of the session, like the previous five since March 2020, will depend entirely on the Covid situation.

“The priority will be to first clear the budget, the finance bill and the appropriation bills — the mandatory requirements under the Constitution. We can think about the other legislation if the time permits,” a senior government functionary said.

The treasury benches will be looking to clear important legislation and the Opposition to discussing crucial issues after the 2021 winter session was heavily disrupted. Twelve Opposition members were suspended from the Rajya Sabha right at the start of the session over indiscipline in the monsoon session, leading to opposition parties stalling proceedings in protest. Disruptions were also triggered by the Opposition’s demands for a law on minimum support prices (MSPs) for certain crops in the backdrop of the repeal of three controversial farm bills.

Lok Sabha, which had utilized 100% time in nearly all sessions, saw 82% productivity while the Rajya Sabha had 47% productivity in the winter session.

“We definitely want this session to run. We have key issues to discuss,” said a senior Opposition leader who is a member of the Rajya Sabha.

The Covid situation, however, may delay the review of some crucial bills as several parliamentary panels have been unable to meet for the last several weeks due to a surge in infections triggered by the Omicron variant of the Sars-CoV-2 virus.

“The panel on environment cancelled its meeting on January 10. It was scheduled to discuss the amendments to the wildlife act. “Some other committee meetings too were cancelled. But the joint committee on Biological diversity bill met once on January 4, the next meeting is scheduled on January 21,” said an official, citing instances of how the pandemic’s latest wave has slowed down the functioning of these panels.

Developer to compensate homebuyer for delay in occupation certificate: SC

Covid-19: Vaccination of children aged between 15 and 18 begins today