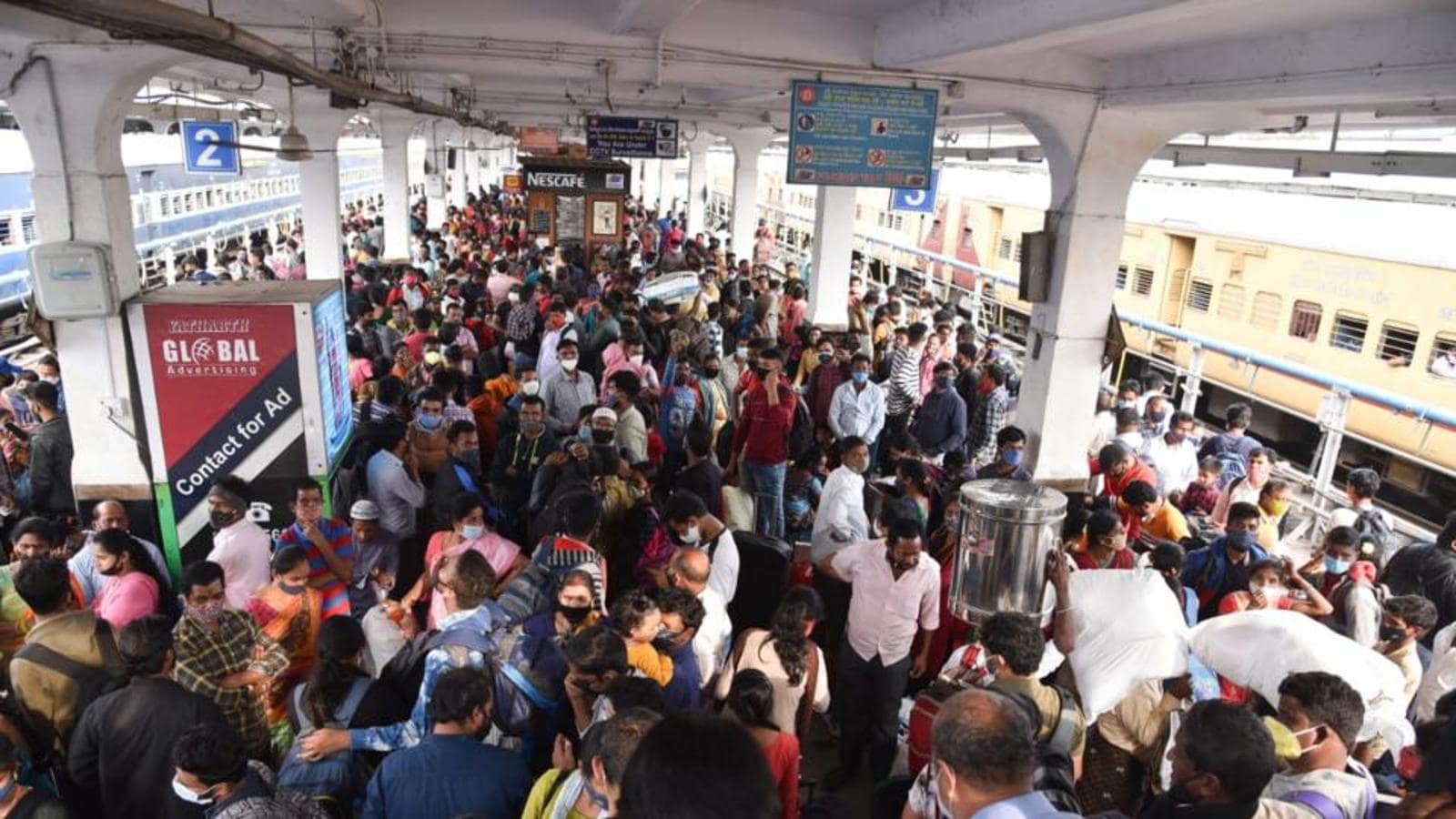 Even as the Telangana health department authorities have sounded a high alert over the surge in Covid-19 cases fuelled by the Omicron variant, railway and bus stations saw a huge rush of passengers heading home in coastal Andhra Pradesh for Sankranti festivities.

State director of health G Srinivas Rao cautioned the people about the rapid spread of Omicron variant of virus this festive season and asked them to take all precautions during the travel.

Disregarding Covid-19 protocols, tens of thousands people have been flooding state-run Road Transport Corporation (RTC) bus stations and railway stations. Besides, hundreds of private buses are packed to their capacity to ferry the passengers to their destinations in coastal Andhra.

“Sankranti is a major festival in coastal Andhra villages and people who are settled in different parts of the country and even abroad make it a point to visit their native villages during this festival. It’s going to be a week-long celebration in the Andhra villages, which get a new look during this season,” says V Srinivas of Kakinada in East Godavari district.

During the Sankranti festival last year, the first wave of the Covid-19 pandemic subsided and there were no restrictions on the people.

“This time, the third wave hit the country much earlier due to Omicron variant. Both the Telugu states have started witnessing a steep surge in the number of positive cases. Both the governments have imposed strict restrictions in accordance with the Central government guidelines. Yet, the people are eager to go to their native places in Andhra to celebrate the Sankranti festival,” Srinivas said.

Telangana on Monday reported 1,825 new Covid-19 cases, taking the tally to 695,855, while the death toll rose to 4,043 with one more fatality. The state had recorded 1,673 fresh cases on Sunday, according to the health department.

TSRTC announced that it would operate an additional 4,981 special buses to clear extra rush from Hyderabad between January 8 and 15. “For Andhra Pradesh alone, we shall operate around 1,600 special buses, apart from regular services. Yet, we are not able to meet the demand,” S Babu, a senior official in the TSRTC head office, said.

While TSRTC has not increased the ticket prices, private buses are allegedly charging double the fare taking advantage of the demand. “While one would pay ₹600 to ₹750 per head to travel in an AC bus to Vijayawada on normal days, it has gone up to ₹1,500 now in private travels,” said Pavan Kumar, a regular commuter to Vijayawada.

The South Central Railway also announced operation of 35 special trains, apart from 109 regular trains, during the festive season. “The number of trains will be increased depending on the demand,” an SC Railway spokesman said.

The tickets for Falaknuma Express, Visakha Express, Godavari Express and Gautami Express heading towards Andhra were booked well in advance, even before the outbreak of Omicron variant of the coronavirus, he said.

Similar announcements are being made at Secunderabad, Hyderabad and Kacheguda railway stations, but passengers have hardly been paying attention to the warnings.

KCR govt to buy paddy stock, hits out at Centre

JLF 2022 from March 5, to have discussions on Ukraine-Russia conflict,...

Explained: 5 reasons why AAP is heading for a clean sweep...

Pieces Of Her review: Toni Collette is the glue which makes...