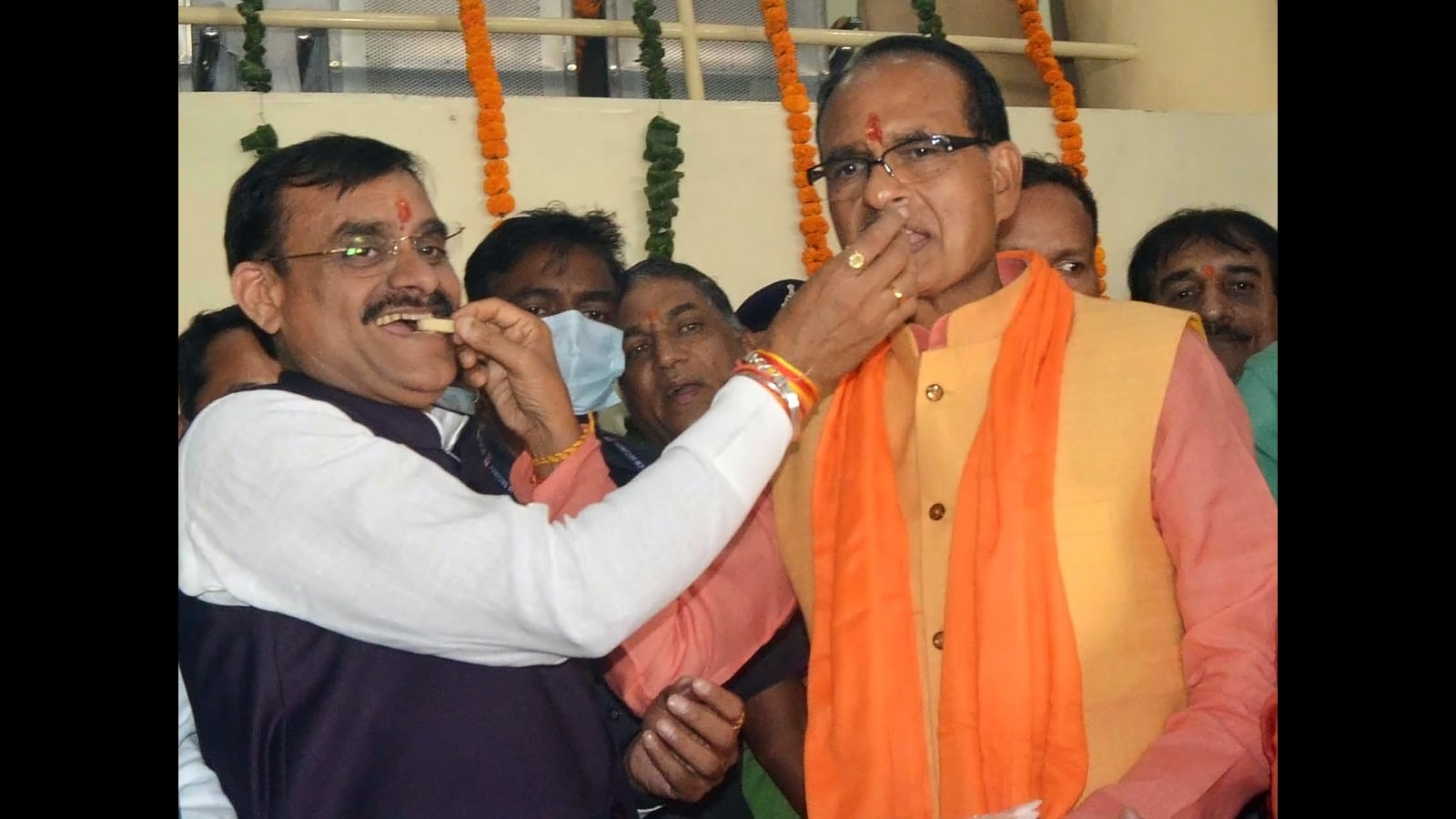 NEW DELHI: The Bharatiya Janata Party on Tuesday described the outcome of the by polls held in 29 assembly constituencies across 13 states and in three Lok Sabha constituencies as an endorsement of the incumbent governments barring the exception of Himachal Pradesh where the party lost all three assembly seats it contested and did not win the single Lok Sabha seat as well. Senior party leaders also emphasized that the outcome is not a reflection on the performance of the BJP at the centre.

While it managed to win all five seats in Assam, the party’s performance in Himachal Pradesh, which goes to polls in 2022, and where the BJP is in power, Rajasthan where it emerged third and fourth in the two assembly constituencies where bypolls were held, and in Karnataka, where it lost a seat in Karnataka CM Basavaraj Bommai’s hometurf of Hanagal has sounded an alarm.

A senior party leader said the outcome in Himachal Pradesh is a consequence of the Jairam Thakur government having failed to counter grievances against price rise, control infighting in the state unit, and erring in ticket distribution.

“There is a perception that the government was not seen to be addressing the issues of price rise, which has clearly gone in the favour of the Congress party. The other issue was the decision of not giving tickets to kin of party leaders. While the intent was to create a level playing field, in Jubbal-Kotkhai for instance, the BJP candidate ended up in the third place with a mere 4% vote,” added this person, a senior leader based in Delhi.

Thakur attributed the loss to inflation, but it is clear that he may have to take the blame for the loss.

A second leader of the BJP said the election results have reiterated the need for strong local leadership. “States where the chief ministers are strong, the by-poll results have gone in their favour. Take the case of Assam and Madhya Pradesh. In MP amid reports of severe anti-incumbency CM Shivraj Singh Chouhan campaigned aggressively and took measures to mitigate public anger; his election campaign was centered around communities especially the marginalised tribes and castes.”

Winning Prithvipur and Jobat, both seats held by the Congress has come as a shot in the arm for Chouhan and taken the focus off the loss the party faced in Raigaon which was held by the BJP. The BJP also won the Khandwa Lok Sabha by poll.

BJP leader and in-charge of MP, Muralidhar Rao, said the party’s victory was in response to the successful pro people policies of Prime Minister Narendra Modi and CM Chouhan. “The people’s welfare policies have won the seal of public approval.”

The party’s loss in Rajasthan has been exacerbated by the wide margins of loss and the shrinking vote share. “There is need to rejig the party apparatus in the state. The local unit is fraught with infighting. Despite the central leadership’s intervention, the unit has not been able to put asides its differences and fight as a cohesive unit,” said the first functionary.

Wanderlust trailer: From romantic dates to exploring a city in luxury...

BMC to vacate dilapidated buildings with help of police

Delhi: Cabinet nod to give DDC a boost

Explained: When a missile misfires

Hardik Patel likely to join BJP this week, a fortnight after...