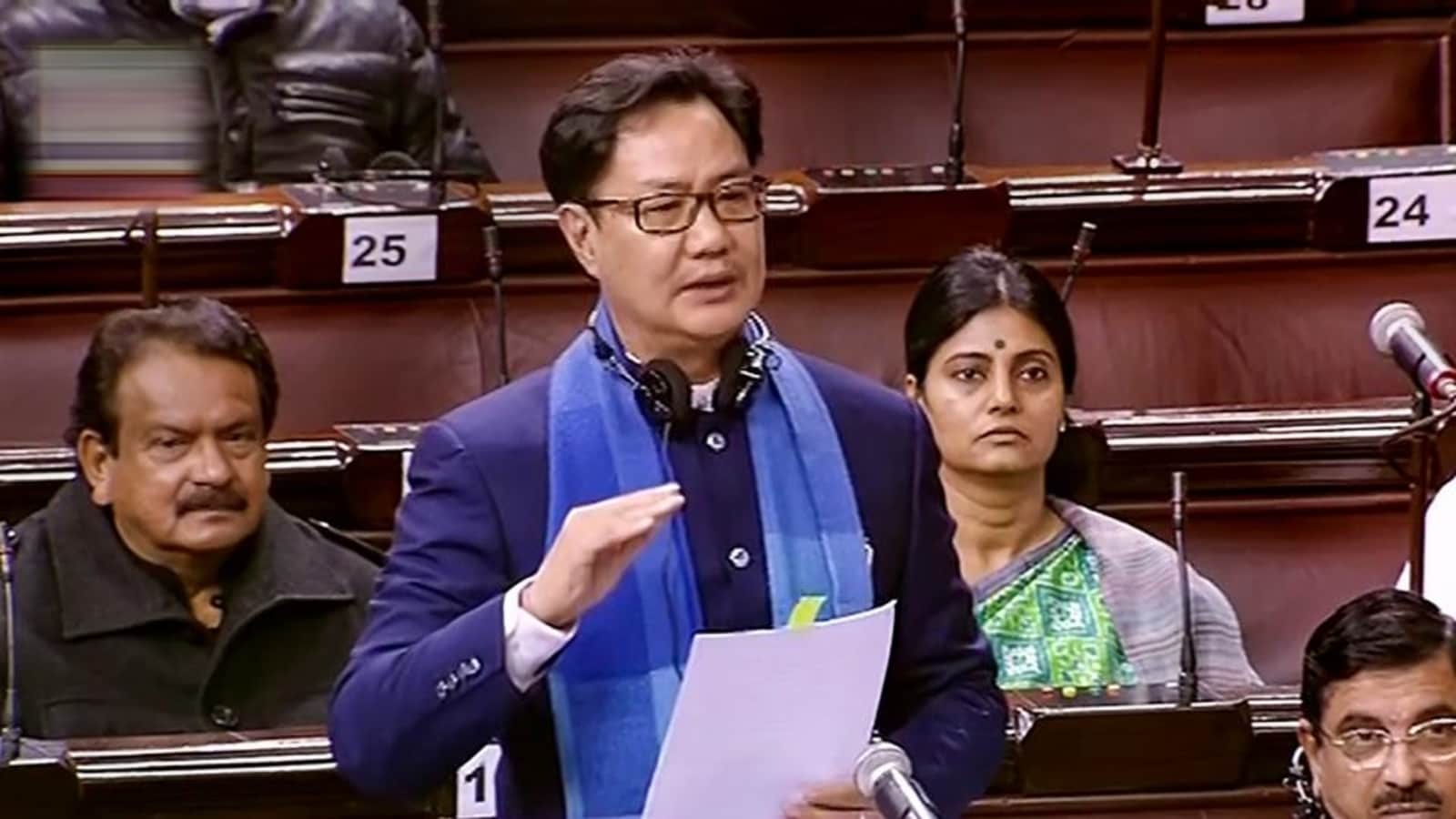 The central government cannot be blamed for delay in judicial appointments because it is incumbent upon the government to do “due diligence” to ensure that a person is fit to be appointed as a judge, Union law minister Kiren Rijiju told the Rajya Sabha on Monday.

Speaking during the debate in the Upper House on the bill to amend the judges’ salaries and services acts, the minister said, “The Department of Justice has to do due diligence. When we get names from High Court collegiums, a parallel list is sent to the Supreme Court collegium so that we can save precious time. There is a process for doing due diligence….if we find that a particular person is not fit to be a Judge, then how can we be forced to appoint him?” he said.

The High Court and Supreme Court Judges (Salaries and Conditions of Service) Amendment Bill, 2021 was returned to the Lok Sabha as it is a money bill. The Upper House of Parliament has limited powers when it comes o money bills; these are passed by the Lok Sabha and sent to the Rajya Sabha merely for recommendations and suggestions; the Rajya Sabha has to send them back (with or without suggestions) within 14 days.

During the discussion on the bill, members of the Upper House raised issues related to vacant posts, the need to have a fixed cooling-off period for judges, inadequate representation of the SC/ST community in the judiciary, delays, and security of judges and inside courts among other issues.

On the issue of inadequate representation of SC/ST and other backward classes, Rijiju said the government has written to chief justices of high courts stressing that while recommending names for consideration as judges, they should include names of candidates belonging to the “SC,ST or other backward classes and also women”.

While placing the bill in the Rajya Sabha, Kiren Rijiju said, “This is a very limited amendment which we have brought in the said Acts and for a limited purpose. It is not going to affect in any manner the judges’ salaries. It is only related to a quantum jump in the pension of retired judges of the Supreme Court and the high courts.”

‘Be prepared for other Covid variants after Omicron’: PM Modi talks...

Mapping a clean October, and what could lie ahead…

Odisha to open 5000 playschools near Anganwadi centres to build foundation...