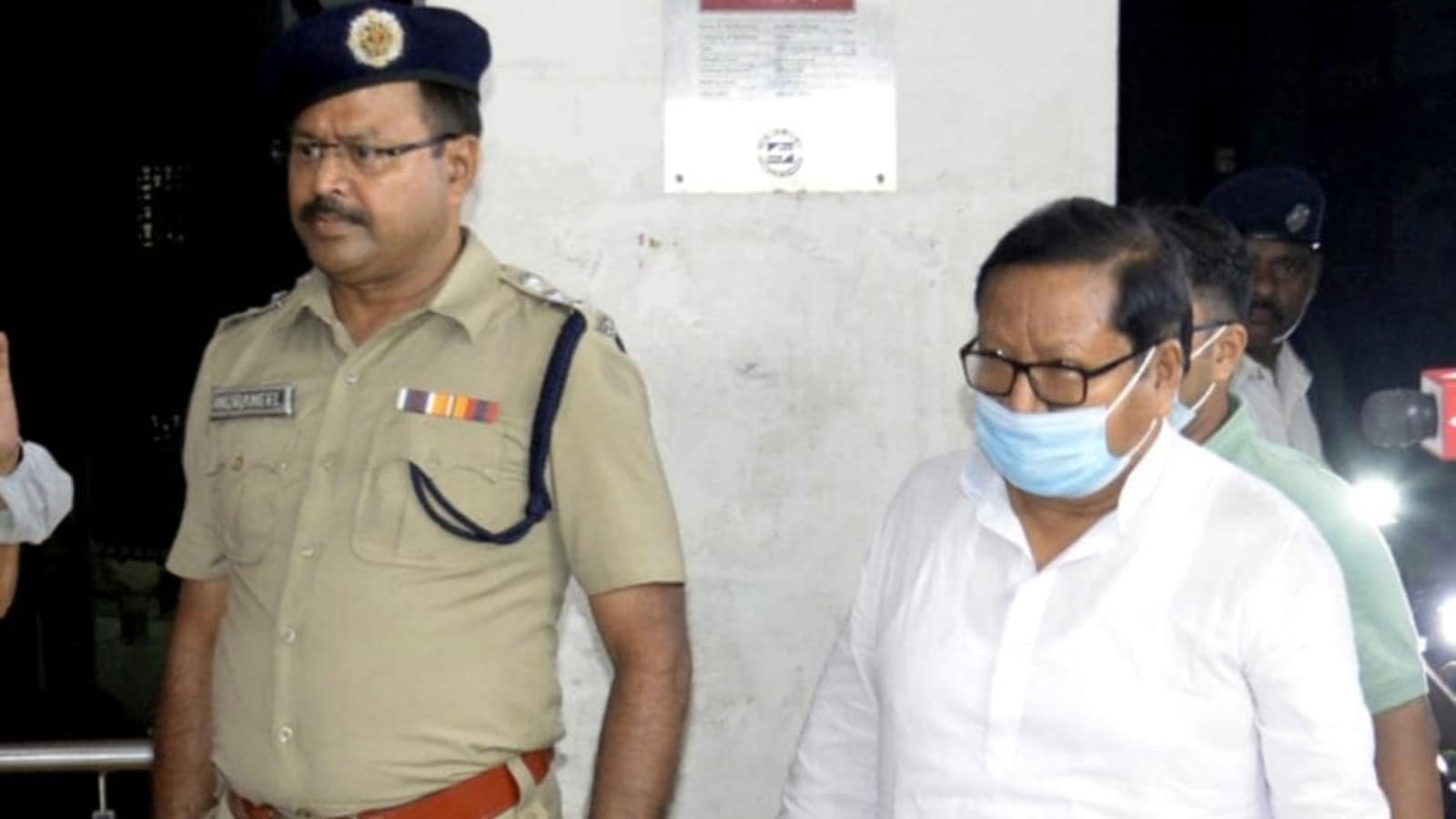 The Central Bureau of Investigation (CBI) on Thursday questioned West Bengal minister Paresh Chandra Adhikary in connection with a case of alleged illegal recruitment of his daughter as a school teacher in 2018. He was questioned for around three hours at CBI’s office on the 15th floor of Nizam Palace here, before being released at 10.30pm, said a senior officer familiar with the development.

The central agency also filed a first information report (FIR) against Adhikary, the minister of state for education, after he failed to meet the 3pm deadline set by the Calcutta high court for appearance before its sleuths. The minister, along with his daughter, was “booked under sections 420 (cheating and dishonesty) and 120B (criminal conspiracy) of the Indian Penal Code (IPC) besides sections under Prevention of Corruption Act”, said another CBI officer.

The central agency, following orders of the high court, has been investigating a number of cases where teaching and non-teaching staff were allegedly appointed illegally in schools following recommendations by the state’s School Service Commission (SSC).

The development comes a day after former education minister and Trinamool Congress (TMC) leader Partha Chatterjee was questioned by the federal agency in connection with alleged irregularities in the recruitment of teachers and non-teaching staff in state-run and government-aided schools.

Chatterjee on Thursday moved the Supreme Court, challenging the high court order that refused to give him any protection from facing CBI.

On Thursday, Central Reserve Police Force (CRPF) personnel were deployed at the SSC office in Kolkata following the high court’s single bench of Justice Gangopadhyay ordered it on Wednesday night. The court also ordered that no officials would be allowed to enter the SSC office till 1 pm on Thursday. It, however, modified the order and allowed some senior SSC officials, including its chairman and assistant secretary, to enter the building. As per the court’s order, CCTV footage of the SSC’s office from Wednesday was also submitted before it.

Wednesday’s late-night order came after a petitioner raised apprehensions that evidence could be tampered with as names of two ministers have bene implicated in the case.

On May 17, the high court initially directed Adhikary to appear before CBI the same day by 8pm, taking note of a petition that claimed his daughter was appointed as a teacher, despite having scored less than the petitioner. Adhikary, however, failed to turn up before the federal agency.

On Thursday, the petitioner brought the same to the attention of the high court, which directed the minister to appear before CBI by 3 pm. His lawyer submitted that he was in Cooch Behar in north Bengal and would travel to Kolkata by air in the evening. Justice Abhijit Gangopadhyay then asked the Bidhannagar police to take him to the CBI office as soon as he lands at the NSC Bose International Airport. The court also said if Adhikary was found missing on the flight, it would be treated as a hoax created by him to escape the court and CBI.

“If someone makes a mistake, they should be given an opportunity to rectify it. The law should be allowed to work,” said Banerjee while addressing party workers in Jhargram district on Thursday.

She also accused the Bharatiya Janata Party (BJP) of “maligning” her government. “The BJP is running anarchy with central agencies. They are maligning Bengal because they could not win the (assembly) elections. Today, citizens have no rights. Every important institution has been filled with BJP’s people…,” claimed Banerjee.

BJP spokesperson Samik Bhattacharya, however, said: “The high court ordered Adhikary to appear before CBI by 8 pm on Tuesday. On Thursday, he was asked to appear before the agency by 3 pm. We came to know from media that he didn’t turn up. If CBI has filed an FIR, they would be able to comment on it. But we assume everything has been done according to law.”

State Congress chief and party MP Adhir Ranjan Chowdhury said: “He should be immediately sent to jail. This is a shame for the state that he has not resigned till now.”

In her address on Thursday, the chief minister warned her party leaders and workers of action if they were found indulging in “nepotism” and “corruption”. She also attacked the former Left front government in the state.

“Appointments and transfers were ordered on note pads during the Left Front government. I have all information and I will expose everything. I have been decent all these years. Don’t think decency is my weakness,” she claimed.

Reacting to her allegation, CPI(M) central committee member Sujan Chakraborty said: “Before finding the notes she claims to have been issued by the Left Front government to give jobs to people, the chief minister should find out how minister Paresh Adhikary went missing. We challenge her. She may set up an inquiry commission against the Left Front.”

‘Hyderabad Royal Mint museum to give a peek into the history...

Manik takes oath as in Tripura CM, says will work for...

BJP eyes Vijayawada to strengthen base in Andhra Pradesh