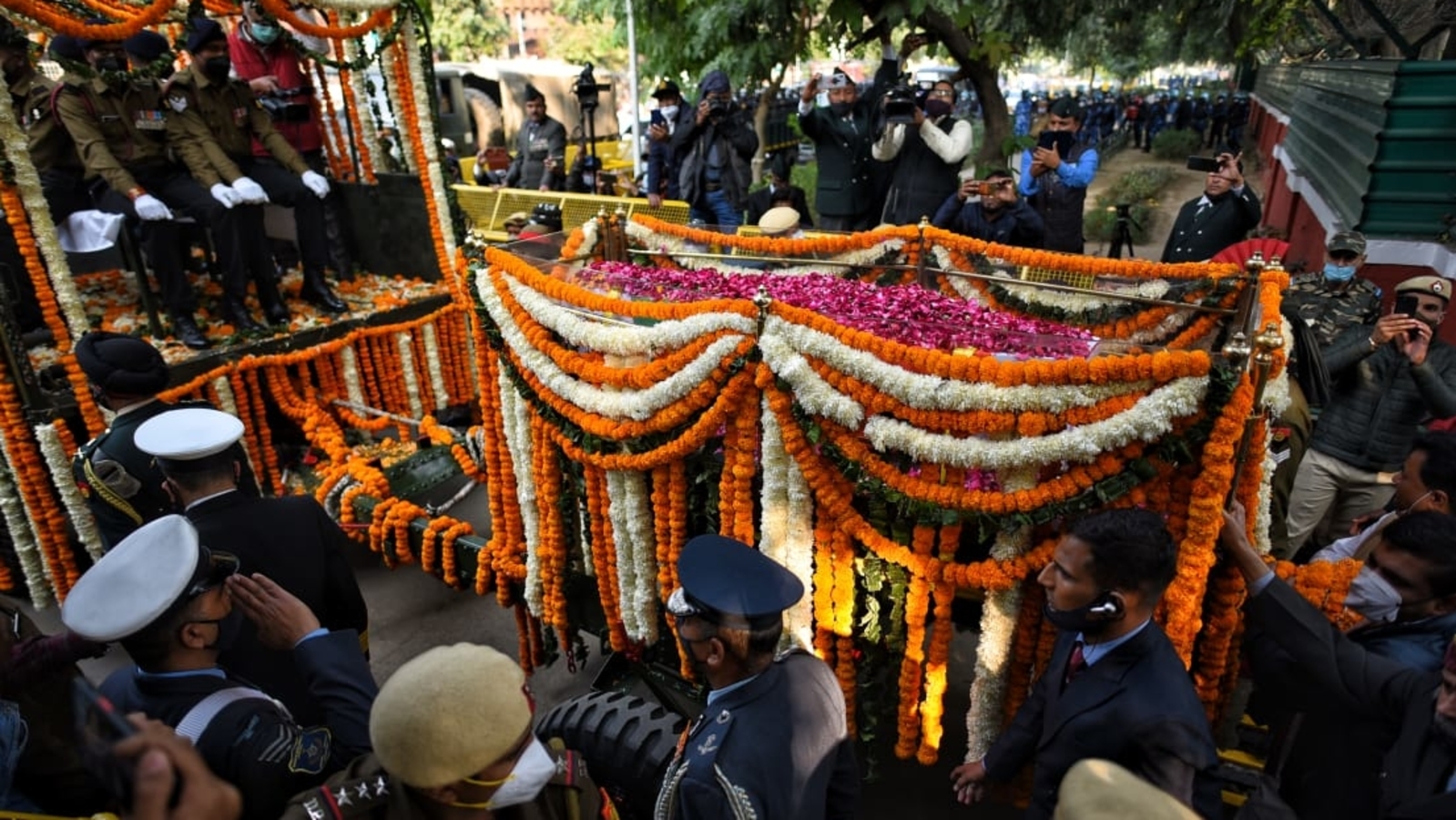 The St Edward’s School in Himachal Pradesh’s Shimla where Chief of Defence Staff (CDS) General Bipin Rawat studied will pay homage to its alumnus on Friday. The institution has arranged a prayer meeting for the late general, news agency PTI reported.

Furthermore, students and villagers of the Lahaul-Spiti district in Himachal Pradesh on Friday lit earthen lamps at the popular Triloknath temple in the region to pay tributes to CDS Rawat, his wife Madhulika Rawat, and 11 other Armed Forces personnel who lost their lives during the Indian Air Force (IAF) chopper crash in Tamil Nadu on December 8.

The principal trustee of the temple, Bir Bahadur Singh Thakur, Lama priest Hishe Thakur along with students and teachers of the local government school also prayed for the speedy recovery of Group Captain Varun Singh, who is the lone survivor of the chopper crash. Singh is battling for life, and is currently admitted in Bengaluru’s Command Hospital.

The funeral procession of CDS Rawat has begun from his residence in Delhi to the Brar Square crematorium in Delhi Cantonment. The last rites will be conducted at the crematorium.

Throughout the day, several political leaders, including defence minister Rajnath Singh, finance minister Nirmala Sitharaman, Congress leader Rahul Gandhi and NSA Ajit Doval, among others, paid their last respects to CDS Rawat and his wife at their home in Delhi. CDS Rawat and Madhulika’s daughters also paid tributes to their parents.

India votes against UNSC draft resolution on the climate crisis