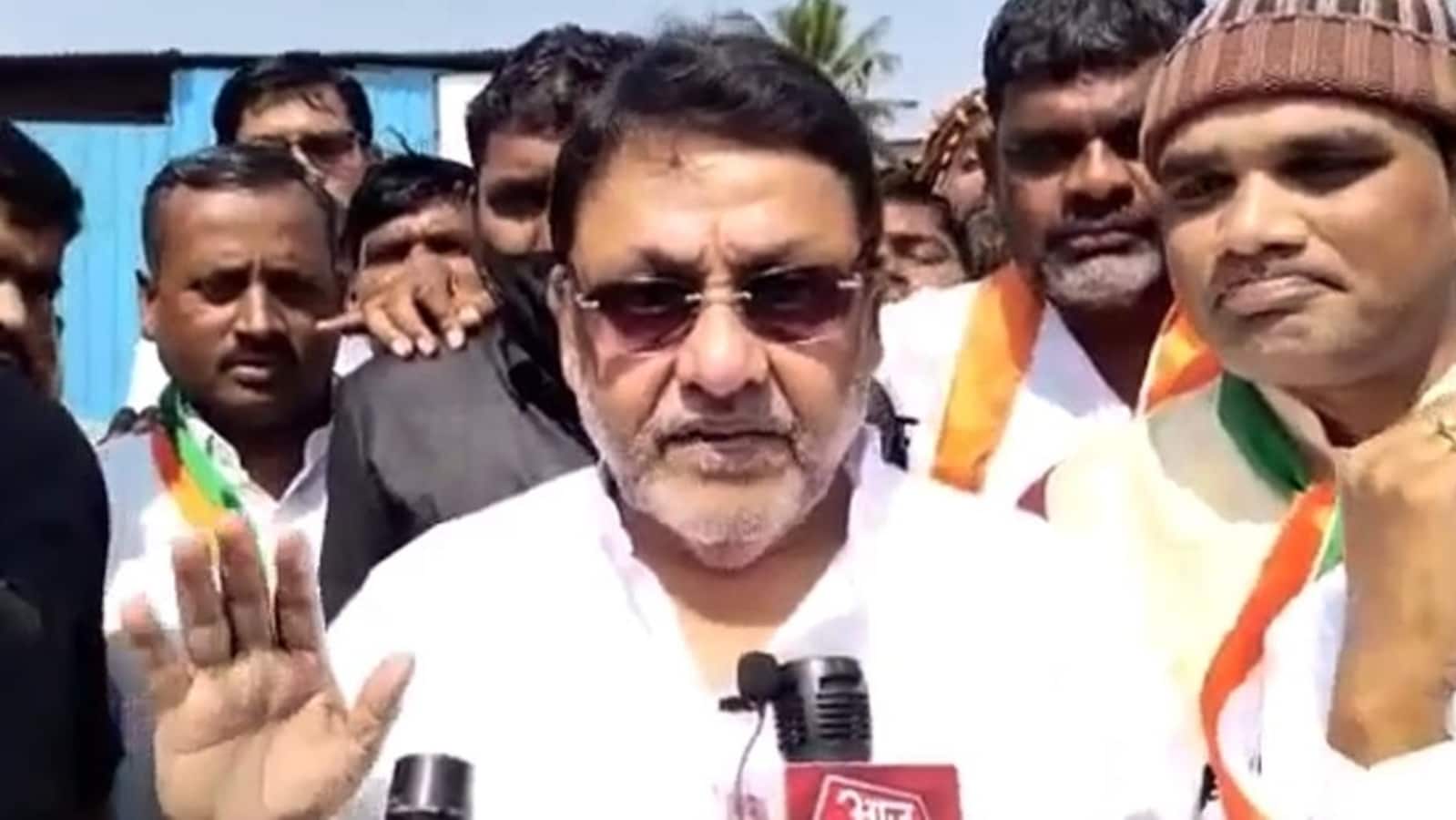 Nawab Malik said he is waiting for Chandrakant Patil to put him inside his pocket so that he can reveal to the public what is inside the BJP leader’s pocket.

Amid the ongoing controversy over the drugs-on-cruise case which has brought Maharashtra minister and Nationalist Congress Party leader Nawab Malik at the forefront of an anti-NCB campaign, BJP leader Chandrakant Patil on Sunday said he keeps Nawab Malik ‘in his pocket’, suggesting that Patil can manage Malik. Reacting to this, the NCP leader said he does not know how big Chandrakant Patil’s pocket is, but he is waiting to get inside Patil’s pocket so that he can reveal to the world what is inside Patil’s pocket.

“Maharashtra BJP president has said he keeps me inside his pocket. I don’t know whether his pocket is this big or not. I am waiting for him to put me inside the pocket. I will bring out whatever is there in his pocket in front of the world,” the Maharashtra minister tweeted.

Since the arrest of Shah Rukh Khan’s son Aryan Khan in the cruise rave party case, Malik has been attacking the Narcotics Control Bureau and its Mumbai zone head Sameer Wankhede. After alleging several irregularities in the functioning of the central agency, including using friends and acquaintances as witnesses, the minister accused Sameer Wankhede of extortion.

While the allegations are being probed, Nawab Malik has brought a forgery case against Wankhede, claiming that he is a Muslim by birth, but got the government job on the SC quota.

About 14 of the 20 arrested in connection with the case are now out on the bail, including Aryan Khan. But the case has snowballed into a bigger controversy now with Sameer Wankhede, the investigating officer, being on the radar.

Malik on Sunday reiterated that he was not fighting a battle of caste or religion, but was pointing out how Wankhede bagged a government job on a “bogus” caste certificate. “On their social media accounts, Dawood Wankhede (the NCB official’s father) became DK Wankhede and later Dyandev. Yasmeen Wankhede (the NCB official’s sister) became Jasmine and she divorced her husband, who is a Muslim and is now settled in Europe,” Nawab Malik said.

Khattar inaugurates Institute of Driving Training and Research in Karnal

Fire breaks out at IFFCO unit in Kandla

#HTAtCannes: Did you notice this on Anurag Thakur’s outfit?

Sunday Zodiac: Find out what’s in store for each sign this...