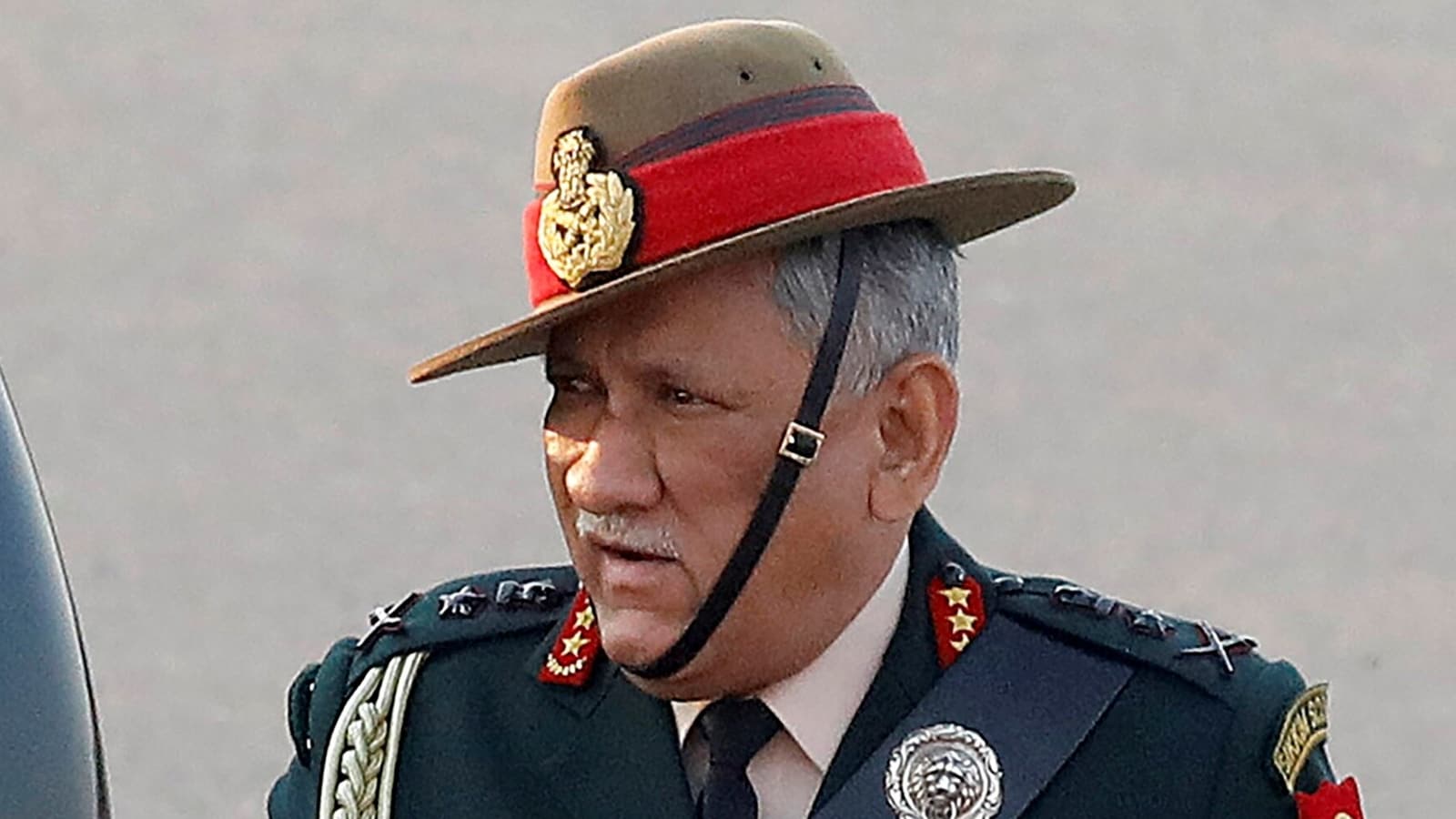 His wife Madhulika Rawat and 11 others were also killed in the mishap, the Indian Air Force (IAF) said.

Chief of defence staff (CDS) Gen Bipin Rawat on Wednesday died after an IAF chopper he was on board crashed near Coonoor in Tamil Nadu’s Nilgiris district. His wife Madhulika Rawat and 11 others were also killed in the mishap, the Indian Air Force (IAF) said.

The IAF further said besides the CDS, there were 13 passengers, including crew members, on the helicopter met with the accident near Coonoor. Gen Rawat was on a visit to the Defence Services Staff College, Wellington (Nilgiri Hills) to address the faculty and student officers of the Staff Course later in the day.

With deep regret, it has now been ascertained that Gen Bipin Rawat, Mrs Madhulika Rawat and 11 other persons on board have died in the unfortunate accident.

Defence minister Rajnath Singh said, “General Rawat had served the country with exceptional courage and diligence. As the first Chief of Defence Staff he had prepared plans for jointness of our Armed Forces.”

Reports said Singh will to brief Parliament on the crash on Thursday. He has already spoken to Prime Minister Narendra Modi before paying a visit to Rawat’s residence in Delhi.

Rawat had taken over as India’s first chief of defence staff (CDS) on December 31, 2019, after serving as the army chief for a full three-year term.

He survived a Cheetah crash in Dimapur on February 3, 2015. He was then a lieutenant general.

Religious conversions occur due to good work and character, not fear:...

From colour testing to peripheral vision: Mandatory eye tests for those...