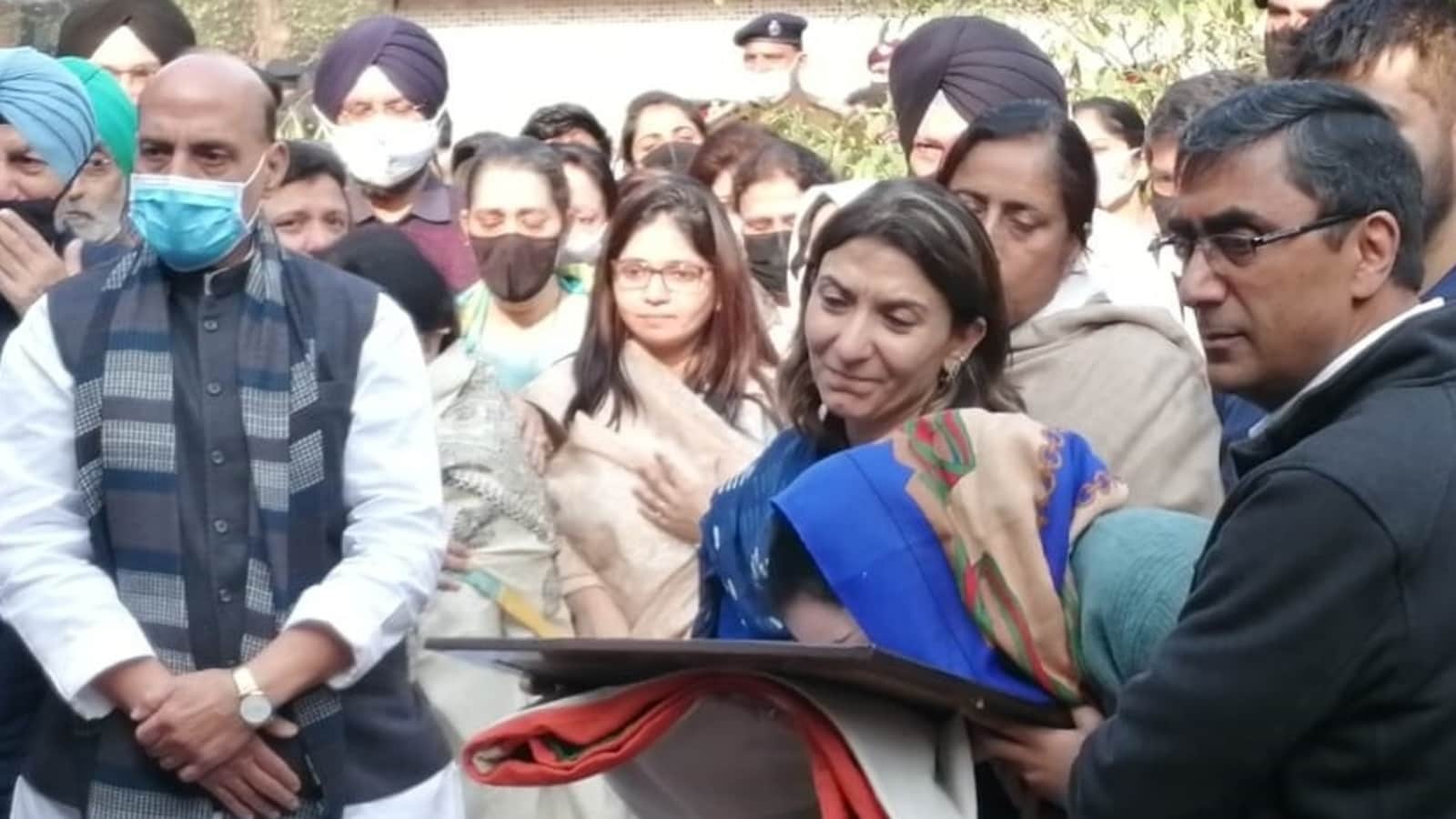 Brigadier Lakhbinder Singh Lidder, who died in a chopper crash two days ago, was laid to rest with full military honour on Friday.

The Army said the mortal remains of only three persons — General Rawat, his wife Madhulika Rawat and Brigadier Lidder — had been positively identified so far.

The bodies of all the 13 victims were flown from Sulur near Coimbatore to the Palam air base on Thursday evening in caskets wrapped in the Tricolour.

Group Captain Varun Singh, the lone survivor in the crash, is fighting for his life at a military hospital in Bengaluru.

Prime Minister Narendra Modi was among those who paid their last respects at the Palam air base.