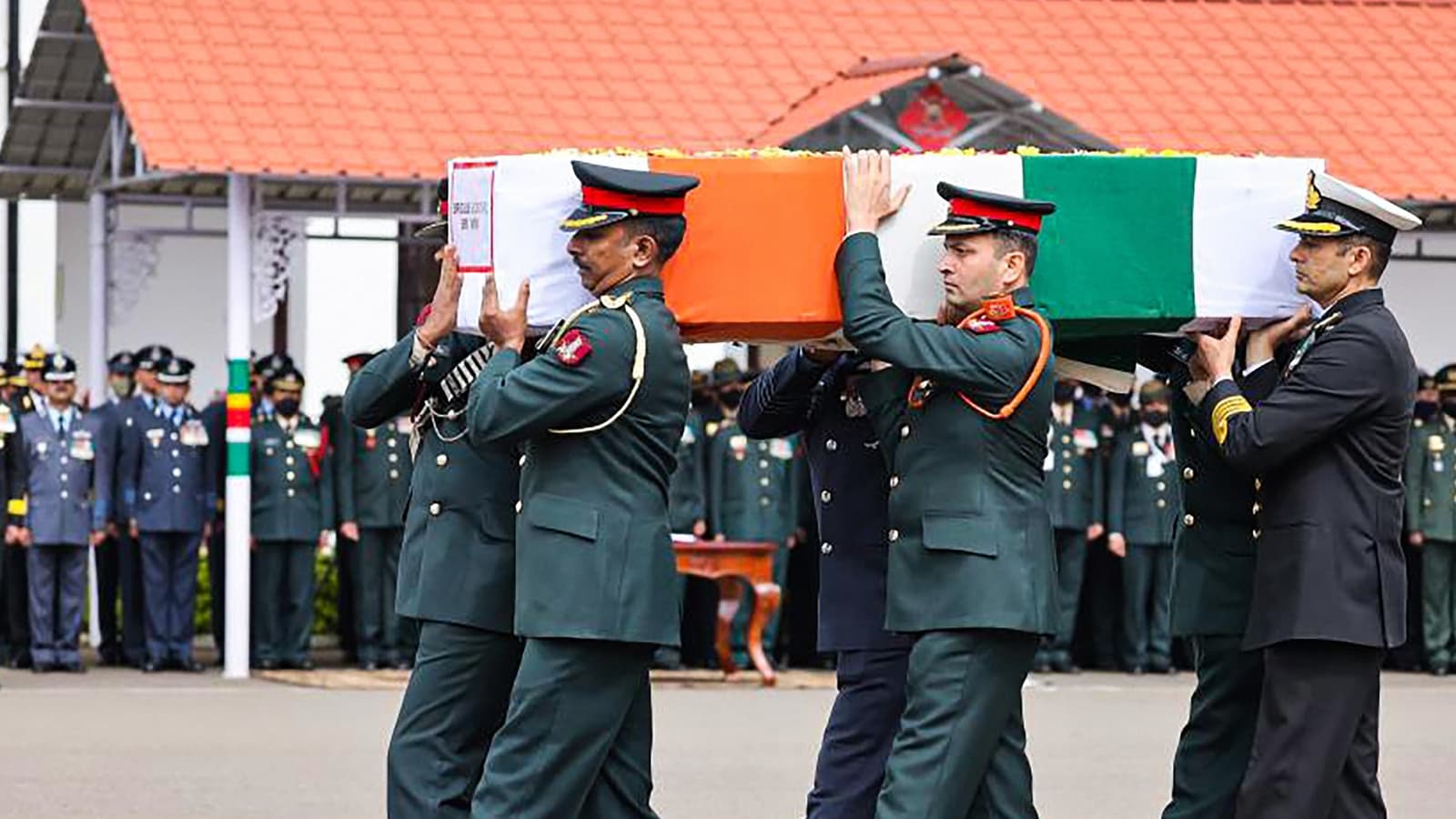 The Army further said all possible measures were being taken for positive identification keeping the sensitivities and emotional well being of their kin in mind.

The Indian Army said on Thursday the severity of the air crash in Tamil Nadu, which led to deaths of chief of defence staff General Bipin Rawat and 12 others, was making it difficult to positively identify the mortal remains. It said all possible measures were being taken for positive identification keeping the sensitivities and emotional well being of their kin in mind.

Inputs from news agency ANI said close family members of all the deceased personnel were on their way to Delhi. “All necessary assistance and support are being provided. Assistance of close family members for positive identification will be taken in addition to scientific measures,” an Army spokesperson said.

It was further informed that mortal remains of the deceased will be released to the next of kin only after positive identification and appropriate military rites of all personnel will be ensured in consultation with them once the official processes are completed.

The IAF chopper crashed on Wednesday afternoon near Coonoor in the Nilgiris district leaving all but one dead.

The government informed Parliament a tri-services inquiry team, led by Air Marshal Manavendra Singh, has started an investigation into the helicopter crash. The IAF has also instituted a Court of Inquiry in the incident.

Defence minister Rajnath Singh the last rites of the chief of defence staff will be performed with full military honours. The final farewell of all other personnel will also be conducted with appropriate military honours, he added.

Meanwhile, Group Captain Varun Singh, the sole survivor of the crash is being shifted to Bengaluru from a military hospital in Wellington. Officials said Singh is maintaining vital signs at the Wellington hospital.

Niti Aayog’s VK Paul says call on booster will be based...