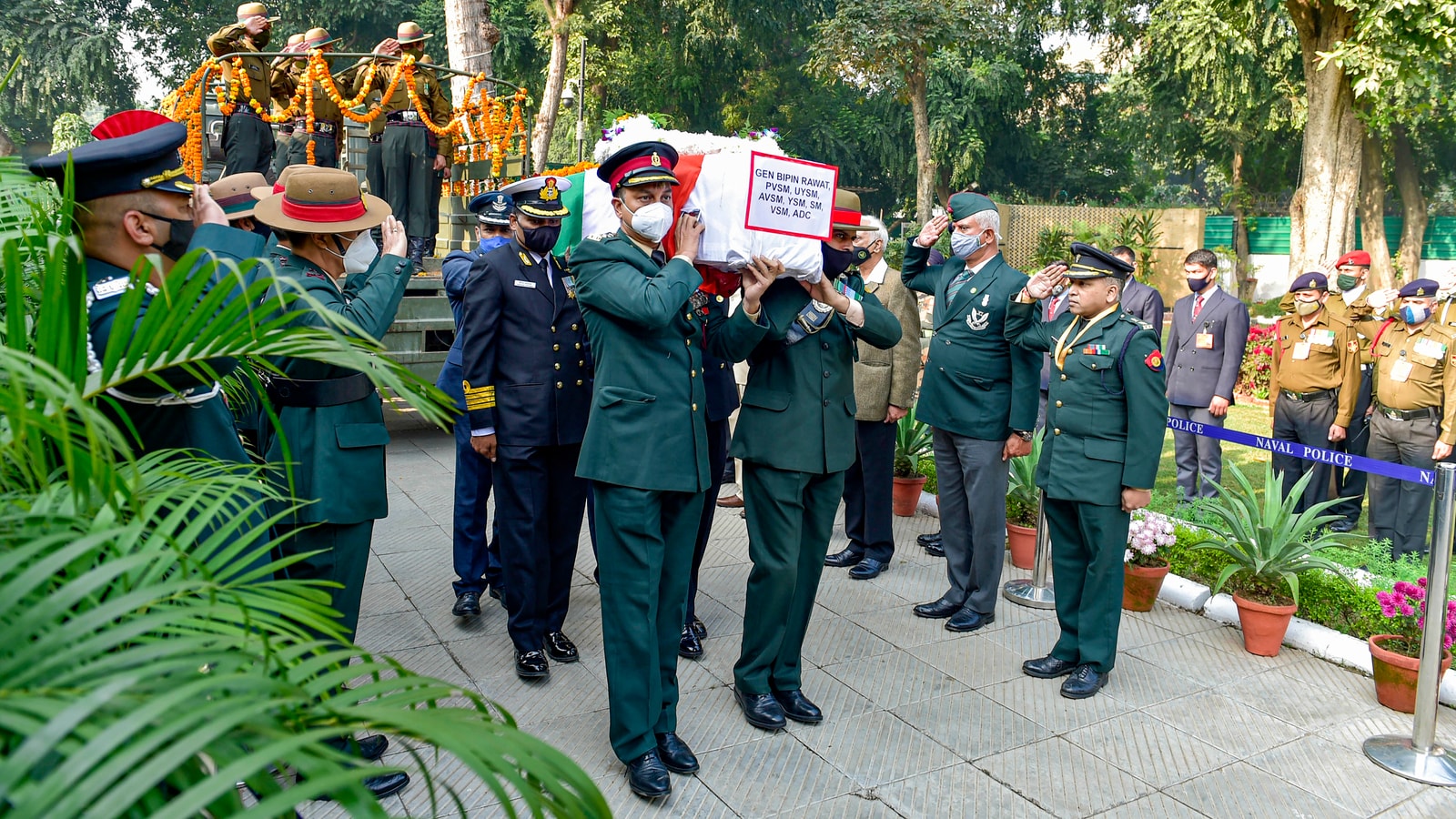 Sharing a tweet in Tamil titled, ‘Tamil Nadu Police warning post’, police said, “Strict legal action will be taken against those who spread rumors and false information on social media regarding the helicopter crash.”

The Tamil Nadu police on Friday issued a stern warning against those who were propagating false information regarding the Indian Air Force (IAF) chopper crash in Coonoor on Wednesday that killed chief of defence staff (CDS) General Bipin Rawat, his wife Madhulika and 11 others of the armed forces.

Sharing a tweet in Tamil titled, ‘Tamil Nadu Police warning post’, police said, “Strict legal action will be taken against those who spread rumors and false information on social media regarding the helicopter crash.”

The warning from the police came a few hours after IAF called for avoiding “uninformed speculation” about the accident. “IAF has constituted a tri-service Court of Inquiry to investigate the cause of the tragic helicopter accident on 8 Dec 21. The inquiry would be completed expeditiously & facts brought out. Till then, to respect the dignity of the deceased, uninformed speculation may be avoided,” the IAF said in a tweet.

A similar warning was also issued by Karnataka chief minister Basavaraj Bommai. He said “offensive” social media posts about the accident are “absolutely unpardonable” and action would be taken the same.

“Offensive Tweets and Social Media posts about the tragic chopper crash in which we lost our #CDSGeneralBipinRawat will not be tolerated. I strongly condemn all such messages and have instructed our Police Officials to take strict disciplinary legal action against the offenders,” he tweeted.

On Thursday, a YouTuber was arrested in Tamil Nadu for saying the state was becoming another Kashmir under the rule of MK Stalin-led Dravida Munnetra Kazhagam (DMK). The tweet has since then been taken down and the man, who went by the name Maridhas, was arrested under sections 153 (provocation with intent to cause riot) and 505(2) (making statements with intent to cause public mischief, fear, alarm among public) of the Indian Penal Code.