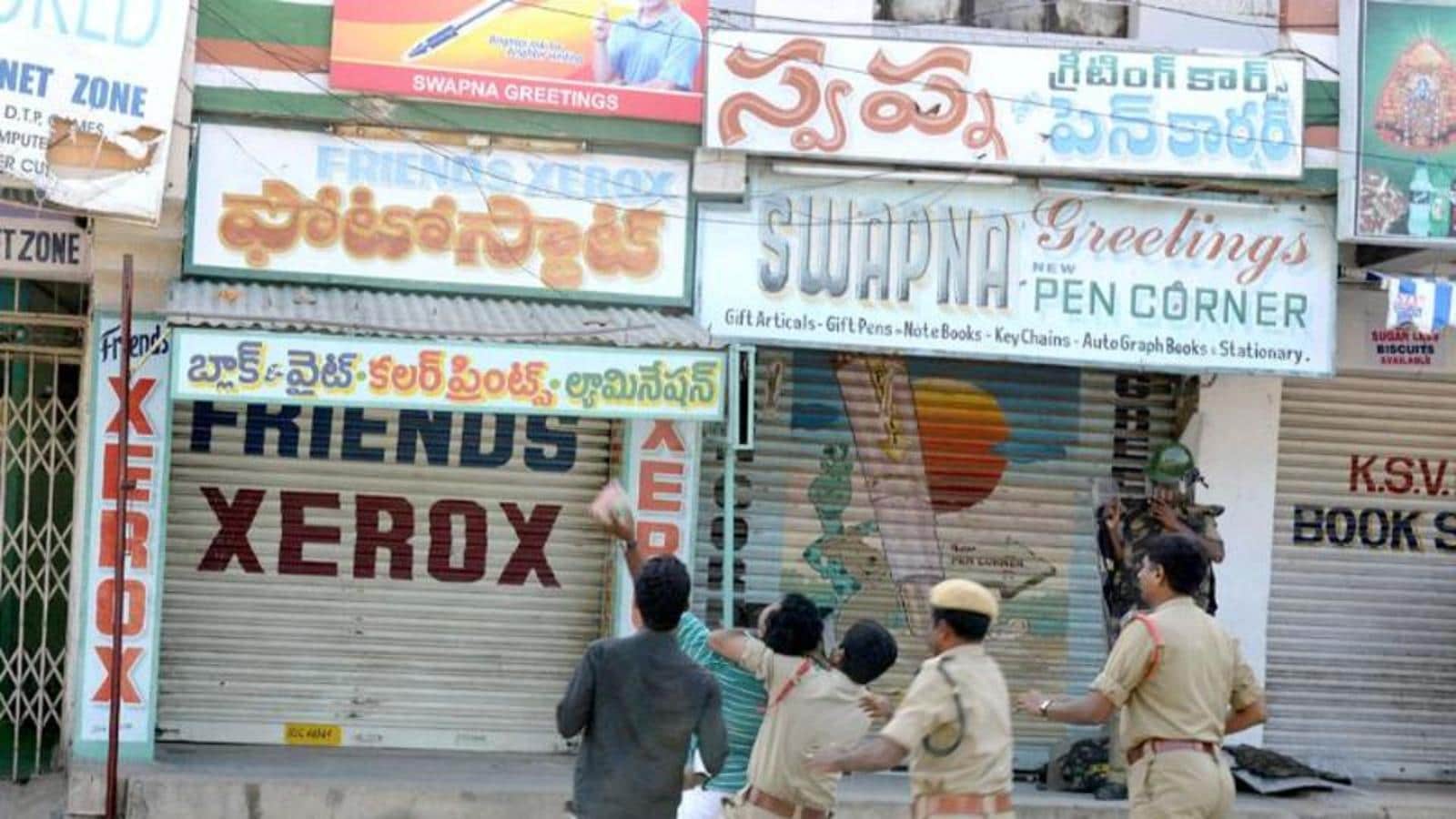 At least 12 people, including seven police personnel, were injured in clashes between two communities over construction of a place of worship in Andhra Pradesh’s Kurnool district on Saturday night.

Police had to fire three rounds to quell the mob, who went berserk and indulged in stone pelting, besides setting fire to a few vehicles, including the car of a local political leader, in Atmakur town.

“The situation is under control. We have booked five cases against the people involved in the incident, under various sections of Indian Penal Code, including rioting, inciting communal passion and destruction of properties,” Atmakur inspector of police BR Krishnaiah told HT on Sunday.

According to police, a group of people belonging to a community took up the construction of a place of worship at a disputed site at Thotageri in the town a few days ago. Following a complaint from another community, the municipal, revenue and police officials stopped the construction which had no permission.

“On Saturday, the first group resumed construction of the religious structure and the second group tried to stall it. This led to a heated argument between the people of the two communities,” the police officer said.

Meanwhile, a local leader representing a national party came there in supporting of his community and the rival group tried to attack him. In the process of fleeing the spot, his car collided with a two-wheeler, causing injuries to two youths. This led to further clashes between the two groups.

“The agitated rival community attacked the police station with stones and sticks, on coming to know that the political leader was lodging a complaint with the police. They ransacked his car and set it afire. They also set fire to a couple of other vehicles belonging to the rival group,” the inspector said.

On receiving information, Atmakur deputy superintendent of police Yerragunta Sruthi rushed to the spot with additional police forces to disperse the mob by carrying out baton charge. “But the agitators went on ransacking the police station and attacked the cops with stones. As the situation was getting out of hand, the cops opened three rounds of fire in the air,” the police official said, adding that a fire tender was brought to extinguish the fire engulfing the car and two other two-wheelers.

Kurnool superintendent of Police Sudheer Kumar Reddy reached Atmakur late in the night and held discussions with the elders of the two religions to restore normalcy.

State Director General of Police Gautam Sawang said some communal elements were deliberately trying to create disturbances in Kurnool district. “The situation is under complete control. Police will take stern action against those who foment communal trouble,’’ he said.

How Shanti Niketan and Vasant Vihar came up for retd central...