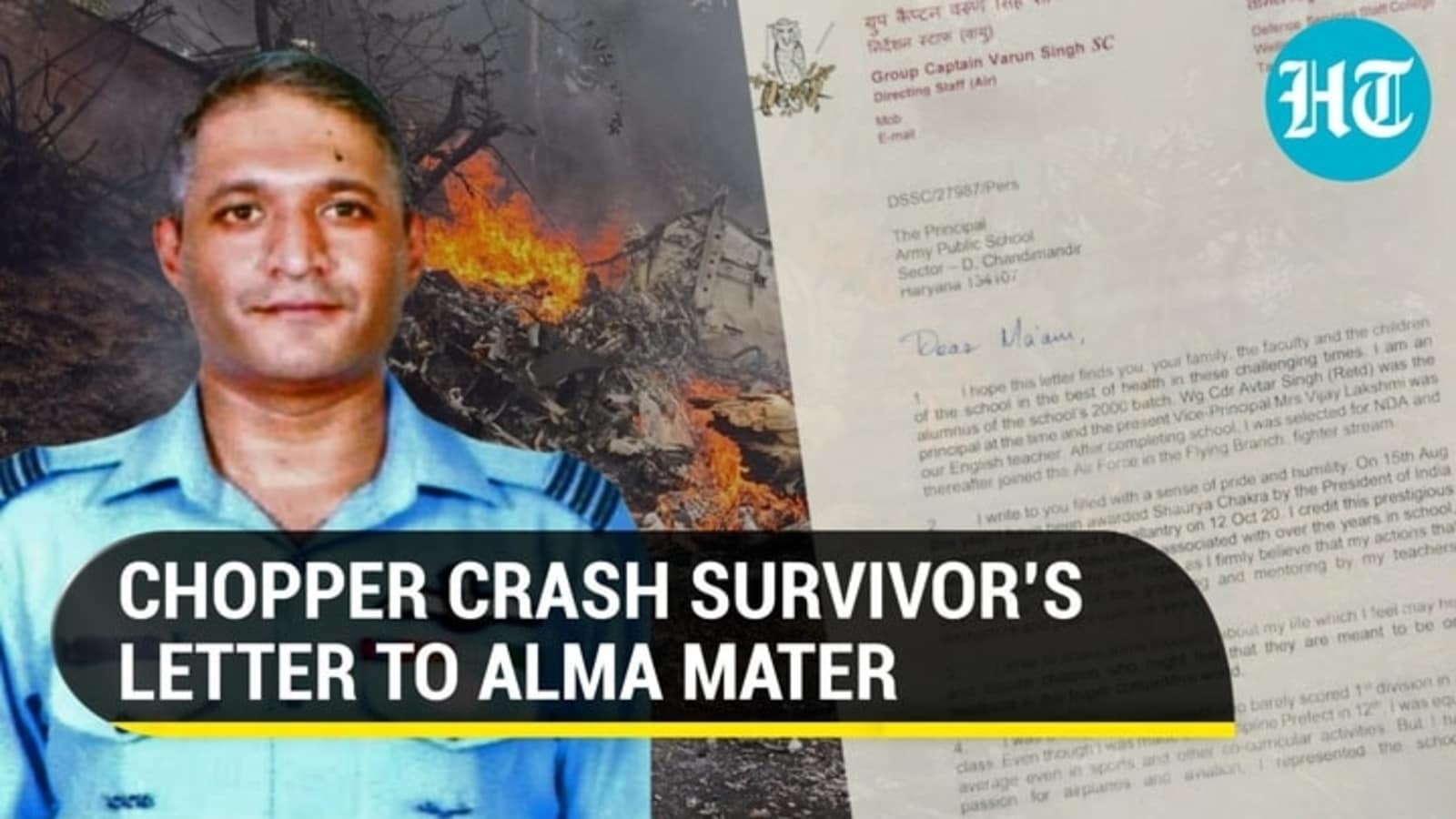 The Group Captain was admitted to a hospital in Wellington with severe burn injuries following the Wednesday crash.

The condition of Group Captain Varun Singh, the lone survivor of the IAF chopper crash, is critical but stable, officials said on Friday.

He is undergoing treatment at the Command Hospital in Bengaluru.

On Thursday, he was shifted to the Command Hospital in Bengaluru from Wellington in Tamil Nadu, officials said.

The Group Captain was admitted to a hospital in Wellington with severe burn injuries following the Wednesday crash.

He was initially moved to Sulur in an ambulance by road and then was flown to Bengaluru for better treatment.

Chief of Defence Staff Gen Bipin Rawat, his wife Madhulika and 11 armed forces personnel were killed in the Mi-17V5 helicopter crash near Coonoor on Wednesday.

Group Captain Singh, a decorated officer, was on board the Russian-made chopper as the liaison officer for the visit of Gen Rawat, India’s senior-most military officer, to the Defence Services Staff College in Wellington.

He was conferred with the Shaurya Chakra in August for averting a possible nid-air accident after his Tejas light combat aircraft was hit by a major technical last year.

Toll from train accident in Bengal goes up to nine