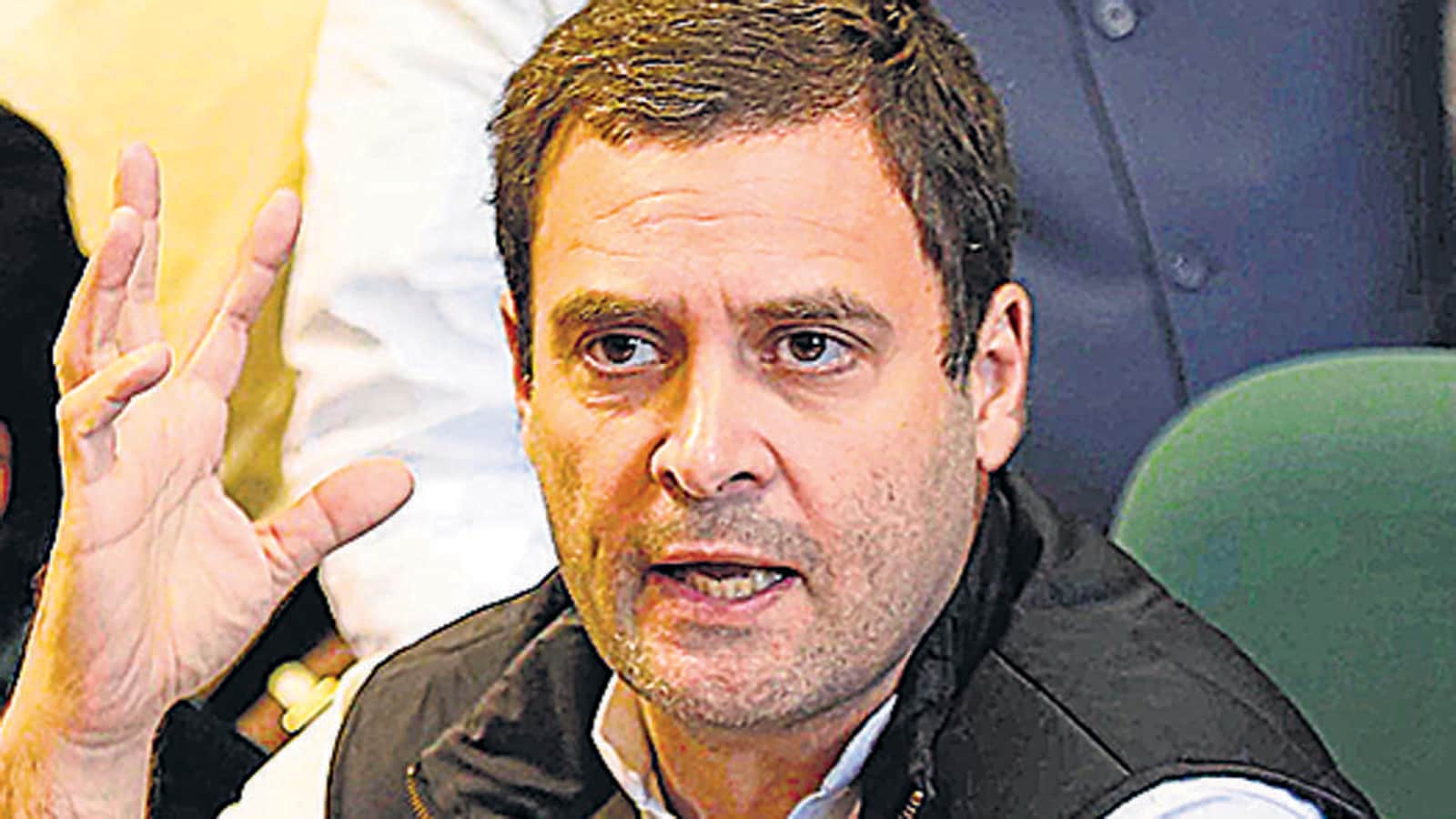 The Congress on Saturday alleged a multi-crore Bitcoin scam and its cover-up by the BJP government in Karnataka and demanded that an independent investigation be conducted into the matter by a Supreme Court-monitored SIT.

Former party chief Rahul Gandhi alleged that the scam is big but the cover-up is much bigger.

Taking to Twitter, he said, “Bitcoin Scam is big. But Bitcoin Scam Cover-up is much bigger. Because it has to cover up someone’s fake big ego.” Addressing a press conference, Congress general secretary and chief spokesperson Randeep Surjewala posed a set of six questions to the prime minister and asked what was the role of Karnataka Chief Minister Basavaraj Bommai, who was the state’s home minister when the scam took place.

He asked why international investigative agencies, including the Interpol, were not informed about the stolen Bitcoins.

“India’s biggest ever ‘Bitcoin Scam’ has been unearthed in Karnataka. Instead of conducting a fair investigation, the BJP government of Karnataka appears to be preoccupied with ‘Operation Bitcoin Scam Coverup’,” he alleged.

“This is not a money laundering crime alone, this is an international crime. Considering how shoddily and compromised the investigation has been done, I don’t think that the ED (Enforcement Directorate) or Karnataka Police can do a fair job. That is why we demand that an SIT (special investigation team) should be set up and monitored by the Supreme Court which should investigate this case and bring out the truth,” the Congress leader said.

Surjewala also questioned the silence of Prime Minister Narendra Modi in the case and claimed that the prime minister was told by the FBI about it during his recent visit to the US.

“It is a multi-country investigation and the truth must come out. The government is either colluding or is working shoddily in the investigation…. There are doubts being raised on the reputation of Basavaraj Bommai and his political career and reputation are at stake and that is why he should write to the government for constituting an SIT monitored by the SC to probe this,” he said.

Surjewala, along with party spokesperson Gourav Vallabh, alleged that an alleged hacker, Sri Krishna, was arrested along with his associate Robin Khandelwal by the Karnataka Police on November 14 last year and was kept in police custody for over 100 days by repeatedly arresting him in at least five criminal cases registered one after the other. He was released on bail on April 17 this year.

He alleged that Sri Krishna made a voluntary statement before the Metropolitan Magistrate, Bengaluru, sometime in December 2020, wherein he has allegedly given the names of various foreign companies/portals which were hacked by him, and millions of dollars earned illegally.

The Congress leaders also alleged that Sri Krishna was involved in alleged hacking of Bitcoin/Cryptocurrency exchanges and websites that includes from Bitfinex, registered in noted tax haven, the British Virgin Islands and reports suggest that it was hacked on August 2, 2016 and 1,20,000 bitcoins were stolen. However, in his voluntary statement, he admits to having taken 2000 Bitcoins.

He said ‘Whale Alert’ is a Twitter account which tracks large scale cryptocurrency transactions and it reflects that on December 1, 2020, and on April 14, 2021, Bitcoins from the 2016 hack of Bitfinex Bitcoin exchange were transferred and its value comes out to be USD 704.8 million USD (equivalent to ₹5,240 crore).

“Despite multiple international crimes of significant magnitude, Interpol was not informed for over five months. Only on April 24, 2021, more than five months after the initial arrest, did the Commissioner of Police, Bengaluru wrote to Interpol Liaison Officer (CBI) asking to inform Interpol and other agencies. Even ED/CBI/SFIO were not informed by the Karnataka’s BJP government,” Surjewala said, adding that Bommai was the state’s home minister between August 20, 2019, to July 28, 2021.

“Should the then Home Minister Basavaraj Bommai be punished for not taking action in the case,” he asked, alleging that the fraud happened under his watch and when the accused was kept in custody.

“Who are the actors in the “Bitcoin Coverup Scam”? Were the stolen bitcoins transferred from the wallet of alleged hacker Sri Krishna? How many bitcoins and of what value? How does the Bengaluru police then suggest (in its third Panchnama dated 22nd January 2021) that the 31 and 186 Bitcoins allegedly transferred to police wallet were lost or were found to be fake transactions,” he asked.

He also asked what was the role and responsibility of Bommai and others in the state government.

‘Who will be their next victim’: Hijab petitioner alleges attack on...

K’taka: Panel set up to ease leasing of grazing land

With only 2 heatwave days, Telangana sees no pre-Monsoon rain this...