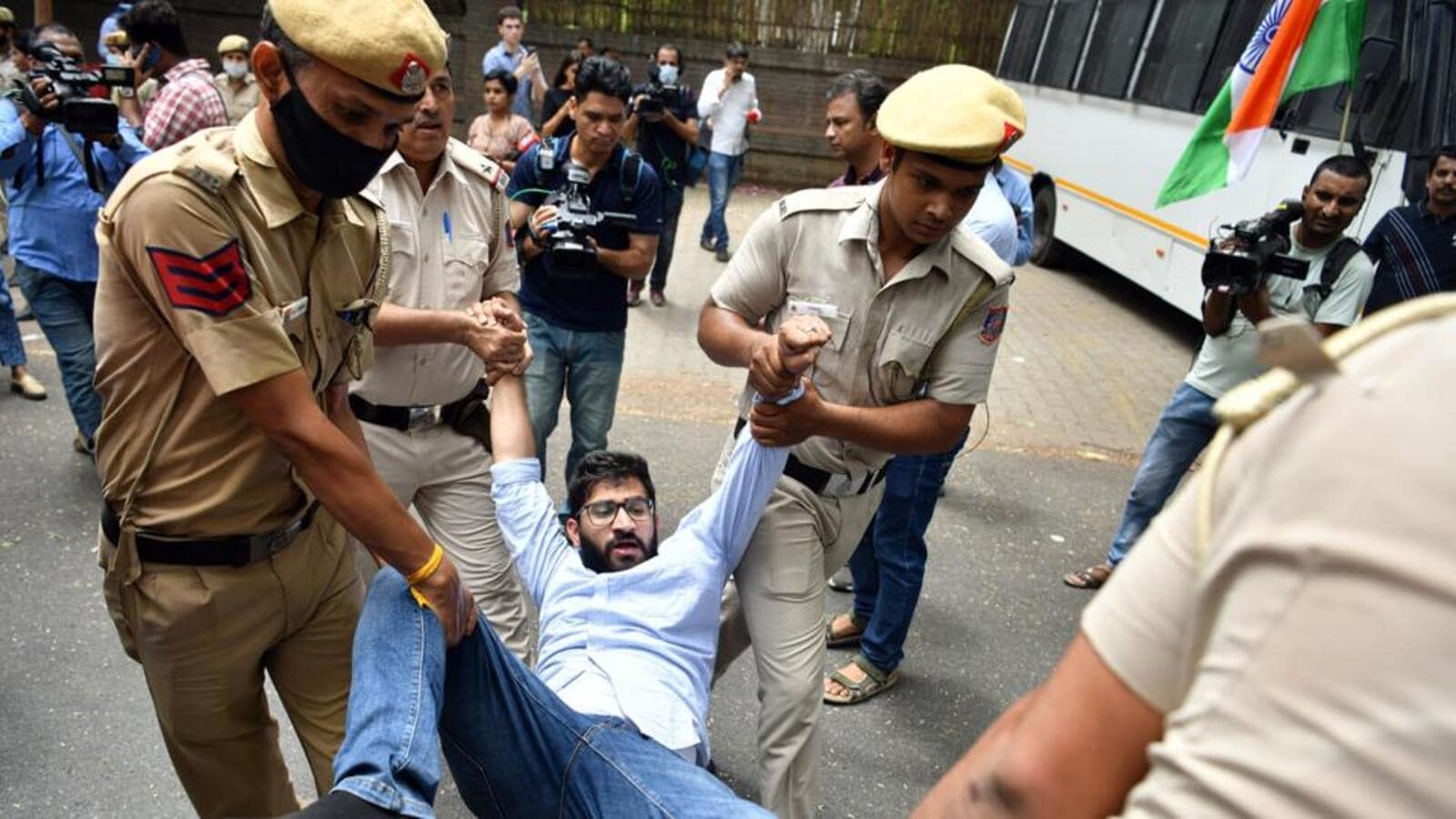 Karnataka minister and Bharatiya Janata Party (BJP) leader R Ashok on Tuesday accused the Congress of trying to subvert the Constitution by trying to shield Sonia Gandhi and Rahul Gandhi in the money laundering probe linked to the National Herald newspaper.

“They are acting as if they can never do any wrong and whatever they do is right. There is a law of the land. This is not Italy, this is India…we have a Constitution,” said Ashok. “There is a complaint. A notice has been issued and an investigation is underway which is very common. It is not correct to politicise this.”

The comments came as Congress held protests across the country for a second day over the Enforcement Directorate (ED) questioning of Rahul Gandhi in the money-laundering case.

Ashok said Congress was carrying out the “protest drama” and insisted ED is an independent investigating agency. He said ED is probing the matter on BJP leader Subramaniyam Swamy’s complaint against the Congress leaders and not the party.

Ashok said successive governments gave thousands of crores worth of property and grants to the paper the freedom fighters started. “…there is a complaint that this paper and its holdings are being encroached by Sonia Gandhi and Rahul Gandhi. It is against the family and not the Congress. But to protect the assets of one family, the Congress is trying to project it as an attack against the party.”

State Congress chief DK Shivakumar hit back at the BJP. “Is there an emergency? Is this a democratic government? Protest is our right,” Shivakumar said. He added Sonia Gandhi and Rahul Gandhi have done nothing wrong but were being targeted and called it low-level politics. “We will continue to protest it and our leaders have done no wrong.”

Ahead of Eid, loudspeaker politics rages across states

Never lose sight of the goal of evolving India into modern,...