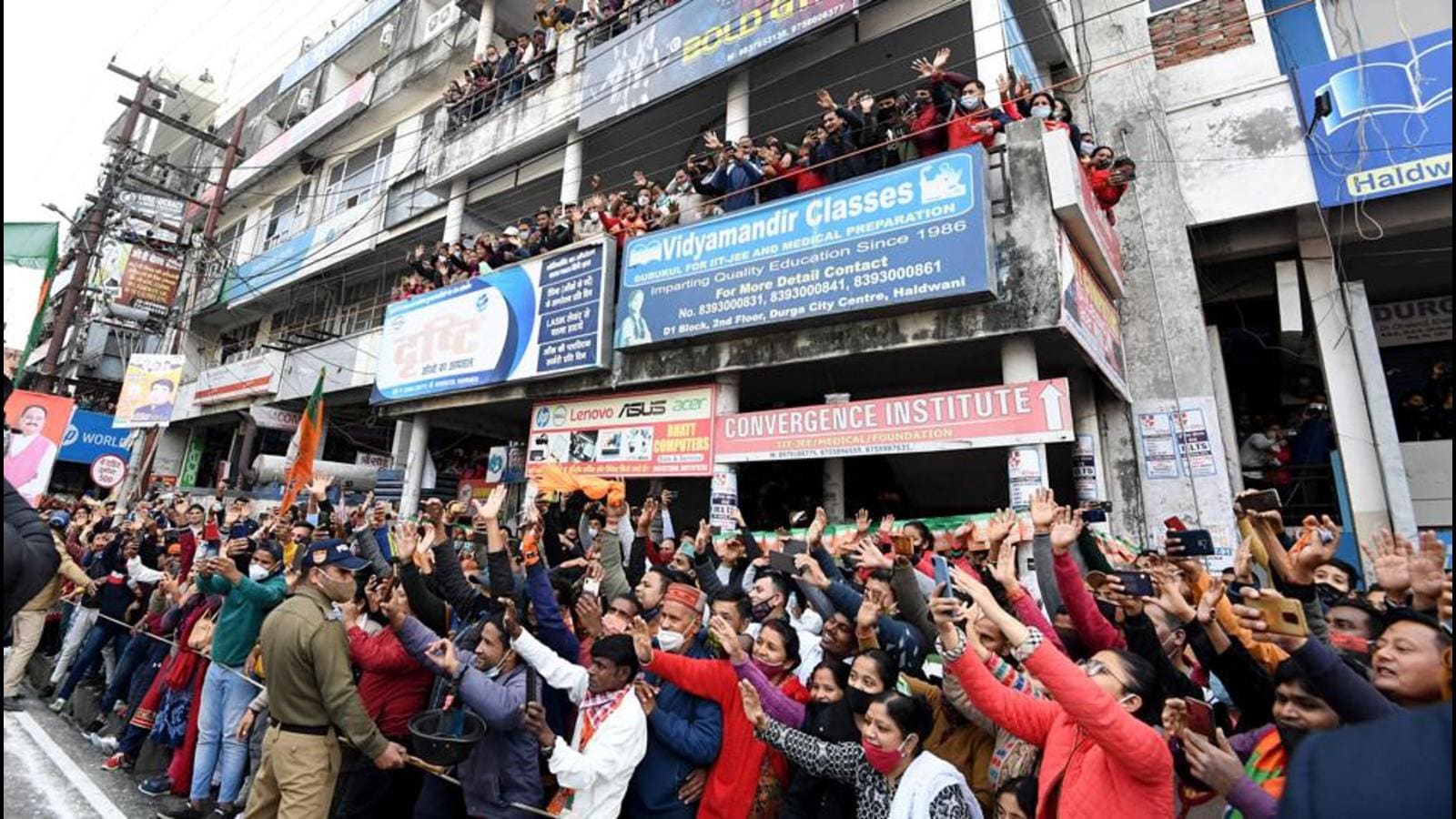 The Uttarakhand high court on Wednesday asked the election commission of India (ECI) to consider virtual rallies for the assembly polls in the state due this year in light of the rising Covid-19 cases.

ECI counsel Shobit Saharia told HT on Wednesday, “The ECI has been directed to file its response by January 12, when the matter has been listed for next hearing.”

The court’s direction comes a day after Delhi chief minister and Aam Aadmi Party (AAP) convernor Arvind Kejriwal tested positive for Covid-19. He had held a rally the previous day in Uttarakhand.

The division bench of chief justice Sanjaya Kumar Mishra and justice Alok Kumar Sharma issued the directions while responding to an oral prayer by Shiv Dutt, counsel of Sachdanand Dabral. He had approached the court with several other PILs related to the Covid-19 situation in the state.

Appearing for Dabral, counsel Shiv Bhatt said he had sought postponement of the assembly elections or holding of virtual rallies and online voting in the state in the wake of the threat posed by the Omicron variant of Coronavirus.

Bhatt said he had apprised the court that 97 elections had been postponed in the world so far because of the pandemic , four of which were scheduled to be held in India. “I also apprised the court about Arvind Kejriwal’s public rally in Dehradun after which he tweeted, he was Covid-positive”, he said.

Bhatt said that based on his oral prayer, the ECI was a made a party in the case on December 29. Bhatt said that during the last hearing, ECI’s counsel was asked to obtain instructions on his plea

The plea added that given the speed with which the new variant is spreading and the overall situation of medical infrastructure in the state, it is “imperative that either the assembly Elections be postponed or the political parties be directed to do the election rallies/meetings through web/online”.

Commenting on the court’s stand, Anoop Nautiyal, founder of Dehradun based Social Development for Communities (SDC) Foundation said it is a welcome development. “And by the time ECI comes up with its response, political parties should also come up with their stand on how they want to proceed at a time when cases are rising. They should also come up with their own guidelines for safe political activity and campaigns so that political rallies don’t emerge as the epicentre of Covid-19 spread,” he said.

Karnataka to probe how SA national with Omicron got negative result...

In Rome, a new museum for recovered treasures before they return...