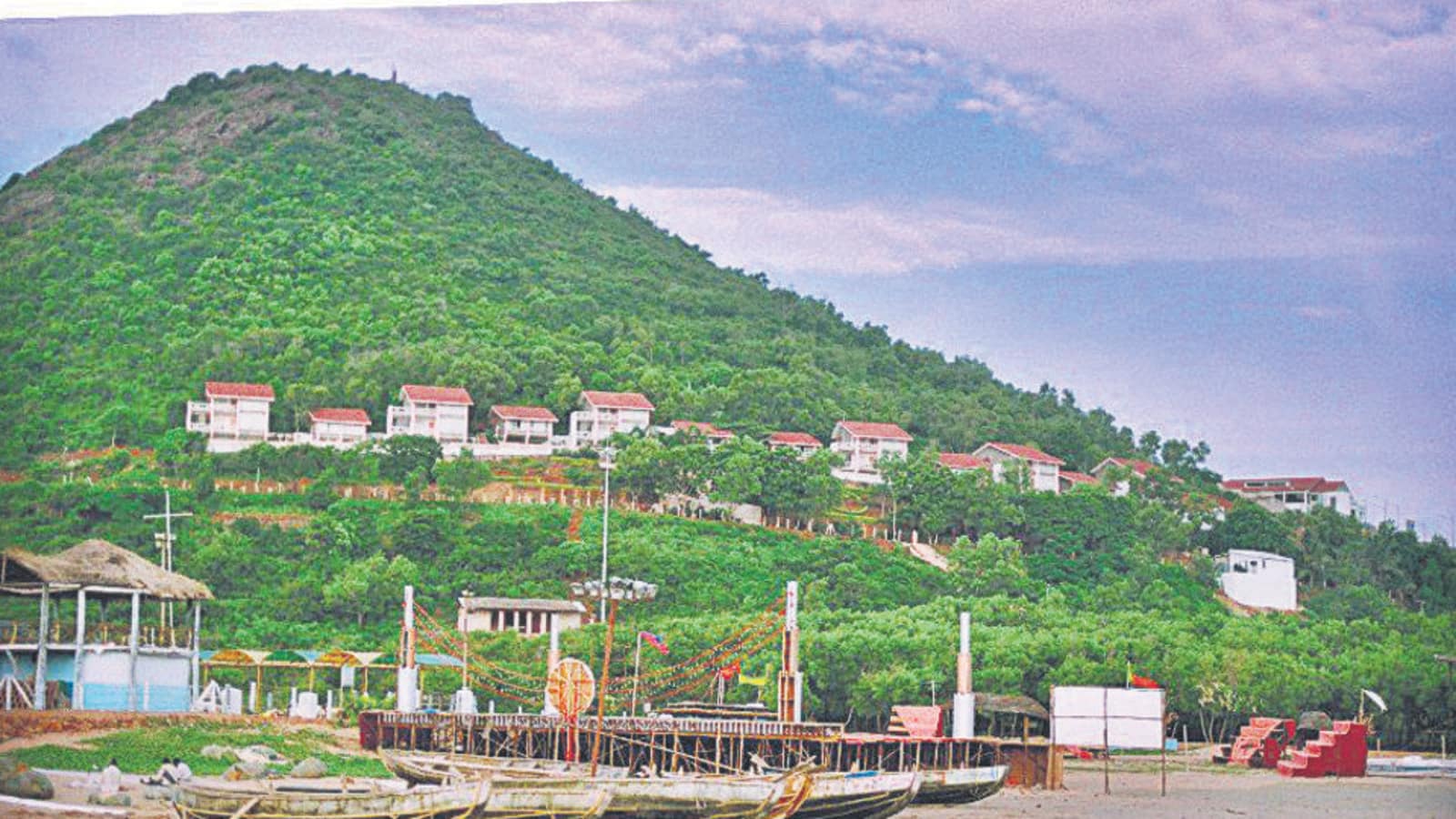 The ongoing construction of a high-rise resort in Rushikonda Hills, abutting the popular Rushikonda beach on the outskirts of Visakhapatnam city, has kicked up a row with several environmentalists alleging ‘destruction of the area for commercial purposes’.

On Friday, former Andhra Pradesh chief secretary L V Subrahmanyam wrote to Raj Bhavan secretary R P Sisodia, seeking the intervention of Governor Biswabhushan Harichandan in the destruction of the hills by the state government in the name of tourism development.

Subrahmanyam, who served as chief secretary of the Y S Jagan Mohan Reddy-led government between June and November 2019, approached Raj Bhavan after taking note of a series of social media posts on the indiscriminate digging of hills for the construction of the multi-storeyed tourism resort.

“How can this (destruction) be allowed to go on? Are we having any concern for conservation? Wish the Governor questions this action. We cannot be silent spectators. An innocent tribal is not allowed this liberty in his habitat where options are few. But here with all options for alternative this marauding of ecology is simply unpardonable. We must halt this at once (sic),” Subrahmanyam said in the letter.

Till recently, Andhra Pradesh Tourism Development Corporation (APTDC) had been running a tourism resort comprising a group of cottages on the Rushikonda hills to allow tourists to enjoy the view of the picturesque beach abutting the hill.

However, in February this year, the state government decided to demolish the existing resort and construct a brand new multi-storeyed five-star hotel-cum-resort at the spot at a cost of ₹190 crore.

The construction work for the new resort began in August even as several environmentalists, local NGOs and opposition parties condemned the plan.

“The entire area is barricaded so that nobody would go near the area to know what is happening inside,” Subrahmanyam said.

Retired IAS officer and former Union energy secretary E A S Sarma said the state government had obtained environmental clearance from the Centre for the construction on Rushikonda hill by stating that it was only remodelling the existing resort and as such, there will be no damage to the hill or vegetation. But what is going on there is exactly the contrary, he added.

“The construction activity has extensively damaged the otherwise scenic Rushikonda hill terrain, leaving ugly scars and causing extensive denudation of the vegetation there,” Sarma, who has been fighting environmental issues such as industrial pollution in Vizag and illegal mining in forest areas, told HT.

“It is also in violation of the Coastal Region Zone (CRZ) regulation, as no high-rise structures should be allowed adjacent to the sea,” the retired bureaucrat said.

“Right from the beginning, the government has been bent on demolitions. By projecting Visakhapatnam as the executive capital and taking up such projects, the government is hoping for an increase in the land value,” he said.

When contacted, APTDC chairman A Varaprasada Reddy said the multi-storied tourism resort was coming up in two levels on the hills, in place of the earlier small cottages, and no major destruction was taking place.

“We have not violated any environmental laws. We shall be restoring the pristine glory of Rushikonda. Once it is completed, it is going to be a major tourism landmark in Visakhapatnam,” Reddy said.

CISF to set up panel at airports for issues relating to...

Not a conman; was in a relationship with Jacqueline Fernandez, says...